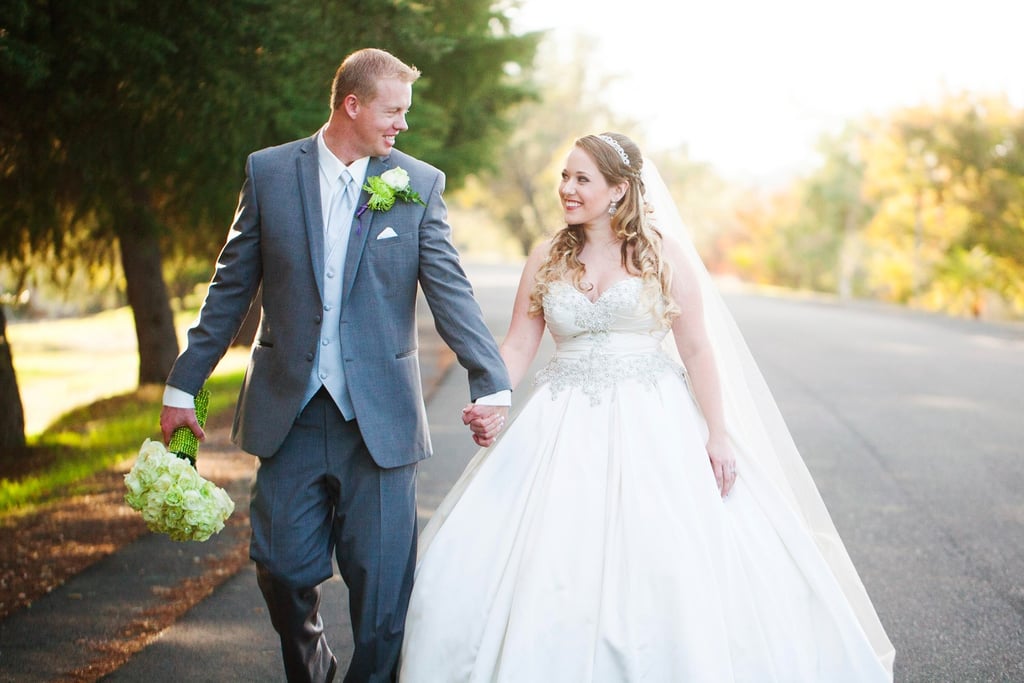 Each Table at This Beautiful Wedding Had a Disneyland-Attraction Theme

We've seen a few Disney weddings, but a reception themed after the Disneyland park is pure genius! Vanessa and her parents love Disney so much that she's now even a Disney vacation planner. So when a hardcore fan plans out her own wedding, you know it's going to be full of magic. Most of the wedding decor was DIY-ed by the bride and her family, like the bouquets and her decked-out shoes. They really ran with the theme, hiding Mickeys throughout the wedding, including her veil.

Guests were seated by vintage park tickets that were used at Disneyland and Disney World back in the day, which showed them to a table based on a Disneyland attraction like Mr. Toad's Wild Ride and Mickey's Fun Wheel from California Adventure. But the Disney details don't stop there. Theme park music played at the ceremony and reception, and the purple and green wedding colors were inspired by Frozen's kingdom of Arendelle.

Related:
Disney Fans Are Going to FREAK Out Over This Bride's Shoes at Her Disney World Wedding
Previous Next Start Slideshow
DisneyWeddingReal WeddingsDisneyland
Around The Web

Wedding
#WeddedAF: Anastasia and Feliks's Brooklyn Microwedding Was a Vision in Green
by Zara Patel 2 days ago

Disney
See an Exclusive Clip of Disney's Raya and the Last Dragon Before Its March 5 Release!
by Alessia Santoro 2 days ago

Disney
Fans of Disney, You Will Be Excited When You Hear This!
by Shelcy Joseph 3 days ago