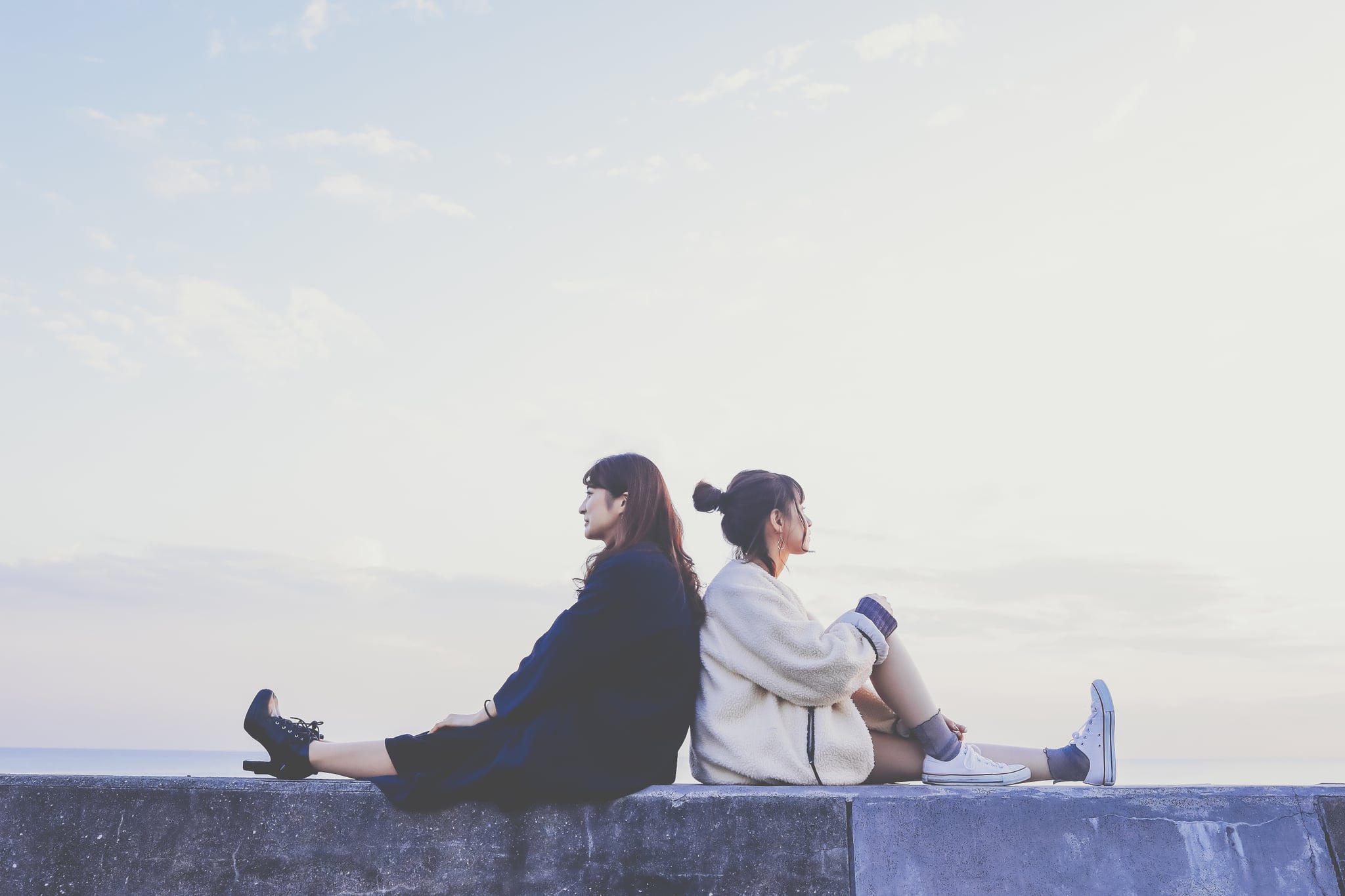 I'm no stranger to walking away from friendships. In fact, a few years ago I found myself walking away from five women who I thought would be my friends for life. Five women who I spent 14 years with; who transitioned with me from high school to college to adulthood; who I threw birthday parties for; who I spent countless hours sitting at a diner eating breakfast with; and who I had to walk away from in order to become the person that I am right now.

There are signs that a person is no longer serving a purpose for your life — because, let's be real, friends are here to serve a purpose in your life. It's not a selfish thing — you give each other something, but, sometimes it gets to the point where there is no benefit anymore.

While it may be hard to figure out whether you and your friend are just getting on each other's nerves and need some space, there are some things that shouldn't be overlooked when you are thinking about cutting ties.

Related:
7 Signs That a Friendship Is Hindering Your Happiness

Funny, but most of my friendships have disintegrated because of resentment. For example, my college best friend got engaged, landed a job, moved out with her (very good looking) fiancé into an amazing apartment, and was planning a wedding within a month of graduation. I was still interning at a media company with no promises of a full time job, was engaged with no wedding plans in sight, and was living back at home with my parents. I was, however, partying it up at least four nights a week with my friends from high school who had all returned home. It turns out, she wanted my life and I wanted hers. Instead of talking about it, we just became resentful of each other to the point where we had one large, dramatic blowout over virtually nothing and never spoke again.

Resentment ruins all types of relationships. Once you let it get to that point, it's easier to just let it go, or have open and honest communication about how to work it out — and if it's worth it.

Is It Worth the Maintenance?

I used to have a friend that was really high-maintenance. She wanted to have long phone conversations (especially on her way home from work, whereas I was either still working or had just gotten in the car, which is my decompress zone) and would get upset when plans would change or when I wasn't able to reconfigure my life or responsibilities to fit her needs, even when I would offer up a solution. We hit the end when plans changed (as stated before, even when I offered up a solution) and she got upset. Neither one of us reached out after that, although, I sense we were drifting apart before that incident. It was just an easy way out for both of us without confrontation.

If someone is too much work and you don't have the capacity, it isn't worth it to keep them around. As good of a person as they are, it will just be a strain on your emotional well-being. Imagine being stressed out that your friend is going to be mad at you for not picking up the phone?

Related:
How Being Selective About the People You Keep Around Is an Important Form of Self-Care

There are times in my life where I was not the most trustworthy friend, especially when I was younger. To be honest, there are probably too many examples to give because I spent a lot of my high school and early college years just trying to fit in. It's not an excuse, but a lot of times, I either wasn't honest with people or I would spill secrets because I just wanted to feel included or special with the people I was with.

This changed when I had someone do it back to me. Someone who was supposed to be my "best friend" was talking about me behind my back to a girl from high school who made my senior year pretty horrible. They were still talking, hanging out and, in fact, my "best friend" threw a dinner party one night that I was suddenly uninvited to because she invited this girl and she was coming. After this all unraveled, I realized that I needed to be better at gaining — and keeping — trust. If you knew the secrets I kept now, you would be amazed. But, I keep them because they are important to the people I care about.

If you can't trust your friend, what's the point? Your friend is supposed to be a sounding board for you, someone who is supposed to help you when things get tough, guide you, and frankly, tell it like it is, even when you don't want to hear it.

Are You Listening to Your Gut?

I'm not sure about you, but every time I meet someone, I try to pay attention to what my gut tells me. I have friends now that I know I won't be friends with later in life. I have people who I keep at an arm's length because even though we get along, I don't always like the vibe. I have friends that are amazing — I would bend over backwards for them and they would do the same for me — but I can only take them in small doses. And I have those people who I love absolutely and would trust with anything. Sometimes I feel the connection instantly, sometimes it takes awhile.

Listen to what your gut is telling you. If you feel like someone doesn't fit in your life anymore, then they simply don't fit. Do what you can to minimize the hurt — maybe not cut them out completely at first, but definitely take a step back — but ultimately you have to do what's best for you.

Friendship
Friend Breakups Are Common. How Come No One Talks About Them?
by Andi Breitowich 6 days ago

by Princess Gabbara 27 minutes ago