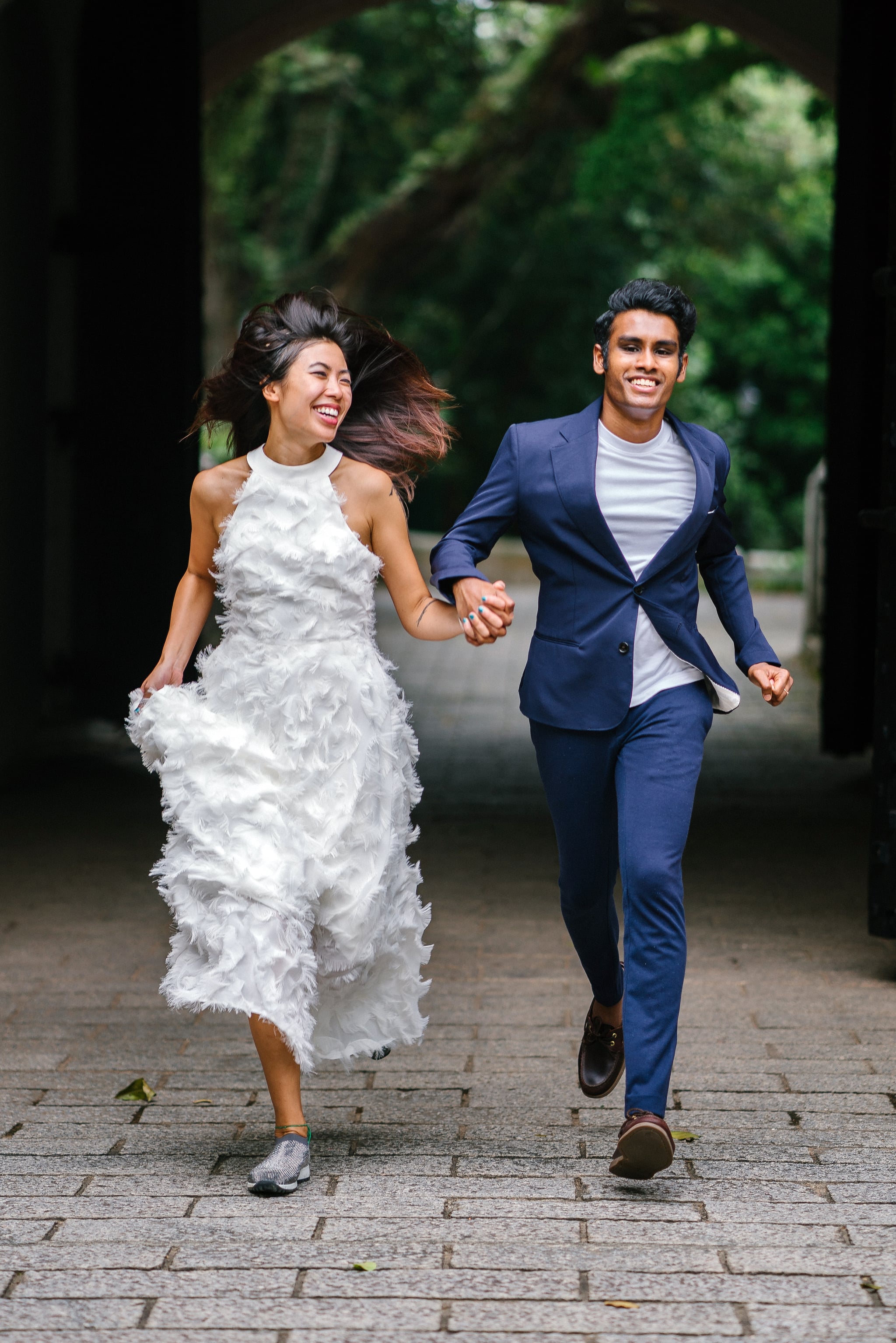 My husband and I dated for almost 10 years before finally tying the knot. We met during our freshman year of college, stumbling into each other in the basement at a party. As many 18-year-olds, we were wild and naïve. I guess we were both late bloomers because it took us a while to get the hang of the whole being a couple thing. And while our relationship has been very far from perfect, the one thing I am happy we decided as a couple was to wait to get engaged, because why rush it?

Yes, my husband and I were both a little wild when we first met each other. While we couldn't ignore the chemistry we had between us, we also refused to commit right away. A few times, we toyed with the idea of being together, really together, but it never lasted quite long enough. That may sound like we were both being insensitive or selfish, but I think that deep down, we both just knew that we were too immature to settle down at such a young age.

But finally, during our junior year of college, we had had enough. We made it official and dated no one else. We learned to enjoy the rest of college, wild still, but this time together. After graduation, I went on to graduate school, and my husband got a job. He even bought a house. We danced around the big marriage conversation many times, too. Honestly, I felt like he was feeling a little pressure from good old society because some of his other friends were getting engaged. But I certainly did not want him to feel that way. If it ain't broke, don't fix it, right?

I told him, "Look, there is no rush in getting married right now. You are getting settled into your career, and I still need to start mine myself."

The stress flew off his shoulders. "Really?" he asked. "I'm honestly so relieved!"

We simply enjoyed each other as a young couple. The fact that we were getting a tad older didn't necessarily mean that we had to get married yet.

From here, we simply enjoyed each other as a young couple. We lived a commute away, and I didn't move in with him. Looking back, it was such a fun time for us. We'd make plans each weekend. We'd hit up big sporting events, concerts, weekend trips, and of course, bars. The fact that we were getting a tad older didn't necessarily mean that we had to get married yet. We were too busy settling into the realities of adulthood and making memories for ourselves, too.

Related:
The Dating Mistakes to Avoid in 2019, According to Professional Matchmaker Patti Stanger

Once we settled into our late 20s, we were finally ready. My now husband took me on a beautiful hike near Lake Michigan on a crystal blue Fall morning. Once we circled back to the beach, he dug his knee into the sand and pulled out a ring. "We've waited long enough, don't you think?" he said. "Will you marry me?" We said "yes" to our marriage in our own time.

We needed that time — time to mature individually, time to grow as a couple, and time to just have fun together.

Many of our friends met and got married much quicker, but for us, well, we needed that time — time to mature individually, time to grow as a couple, and time to just have fun together. My husband and I didn't want to fall into the seriousness of planning for a wedding too soon, because honestly, we just weren't ready.

I'm thrilled that we waited almost 10 years, because you know that honeymoon phase? While some of the fireworks weren't as hot as other newer couples might have experienced, we also didn't have to take the time to get used to each other. We already knew our partner's pet peeves, quirks, and little annoyances. He accepted the fact that I left empty water glasses all over the house, and I got over him falling asleep on the couch some nights. You see, there was no more learning curve. And it turned out that we still were crazy for one another despite all of that. I mean, we did have almost 10 years of practice behind us, after all.

Relationships
Peloton's Jess King on Fiancée Sophia Urista: "Her Love Has Healed Me in So Many Ways"
by Samantha Brodsky 1 day ago