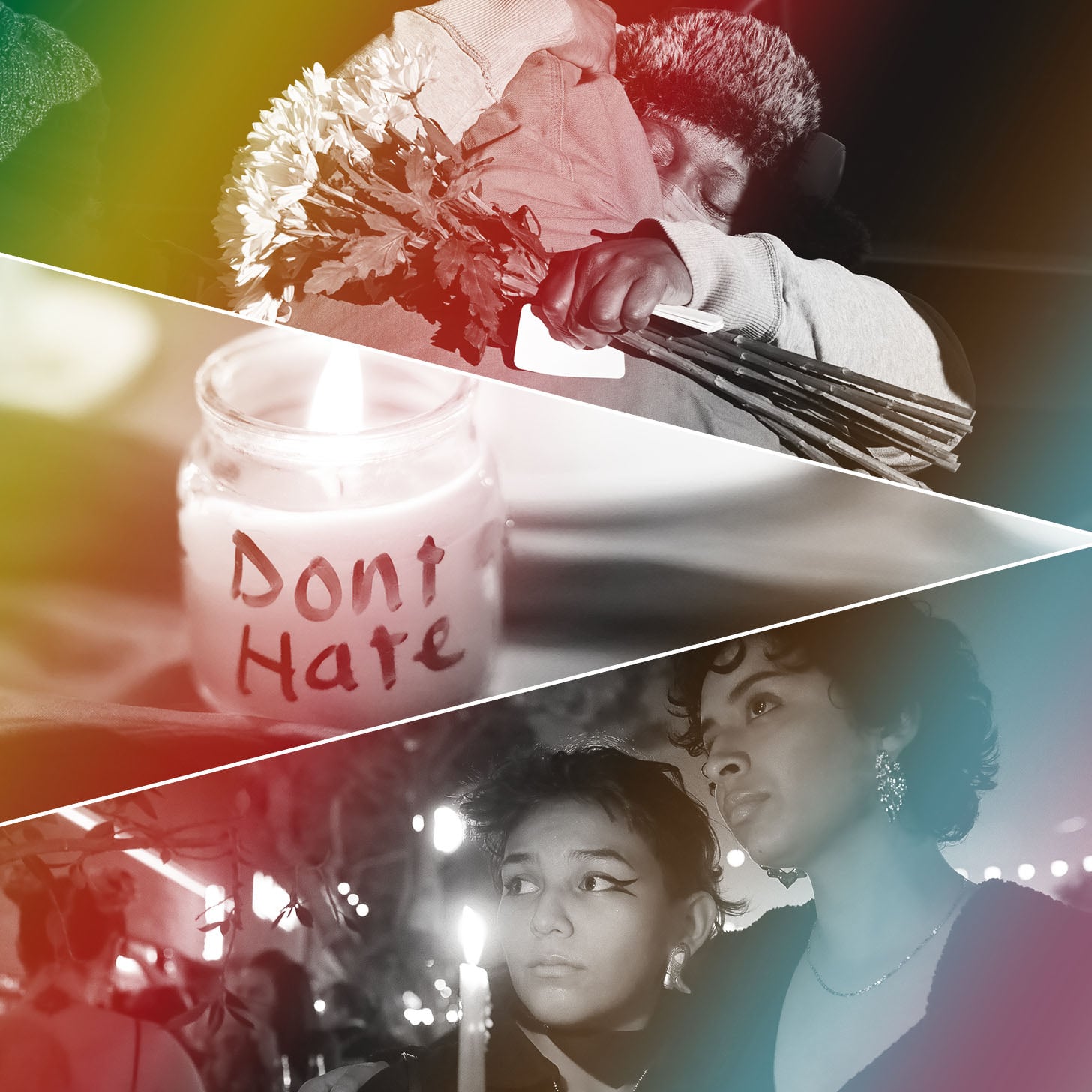 The first time I went to a gay bar, it was the gay bar: Stonewall Inn in Greenwich Village. Everything I had heard about New York City was that it accepted you. Or at the very least, tolerated you in a "Do what you want, I couldn't care less" mentality that made me feel safe enough to wander into the historic bar for the first time while closeted. For me, the gay bar is a right of passage as a queer person.

The gay bar has always been a place of sexual expression. But it's also so much more than the dancing and the drinking. For many, we want it to represent a safe zone, but will settle for a space of solidarity. Sometimes it evokes joy, and other times heartbreak. It's sloppy in a similar way that puberty is because for some of us, it was where we finally acted on silly crushes and fiddled uncomfortably with a new identity-embracing outfit, or where we kissed and kissed and kissed. You can't help but feel seen there because everyone knows why you're there. Or simply put — "We go out to be gay," as Jeremy Atherton Lin writes in "Gay Bar: Why We Went Out." Yes, it's taking up space, but it's more taking back space. The space that should've always been our human right of self-expression.

When we hear of hate crimes on the news, we look for key words like "church" or "mosque" or "synagogue" to narrow down who the hate was directed at, but for us it's "gay bar." Does that mean the gay bar is our religion? No, but it's the closest thing we have to a place of reverence. Whether closeted or "out," it is where we admire the glitter smeared across our skin or the Doc Martens that represent something so much more than shoe preference.

We disassociate because sometimes it's easier to feel detached. And while everyone needs time to grieve or process, we need each other now more than ever.

This context is needed to truly understand why the LGBTQ+ community is in mourning. Amid a rise in hate and violence, on Saturday night, a 22-year-old gunman opened fire on Club Q — an LGBTQ+ nightclub in Colorado Springs, CO — killing five people and injuring at least 25 others, per The Associated Press. Thanks to at least two patrons, they were able to stop the shooting by grabbing the handgun and hitting the suspect with it, effectively pinning him to the ground until the police arrived. "Had that individual not intervened this could have been exponentially more tragic," Colorado Springs Mayor John Suthers said to AP. It could have been as tragic as June 12, 2016, when a man killed 49 people and wounded 53 more in a mass shooting at Pulse, a gay nightclub in Orlando, FL.

The Club Q attack came before Transgender Day of Remembrance, which serves as a reminder of those who've been murdered as a result of transphobia. At least 32 transgender and gender-nonconforming people were killed by violence in 2022, according to the Human Rights Campaign. And more than 300 anti-LGBTQ+ bills have been introduced this year, including Florida's Don't Say Gay Act, in addition to politicians falsely claiming that drag queen events are used to "groom" children.

When our community is attacked, it's easy to shut down in an effort to protect yourself. "Disassociation is a gay ritual as much as any other," Atherton Lin writes. We disassociate because sometimes it's easier to feel detached. And while everyone needs time to grieve or process, we need each other now more than ever. Here's how to help the community and take care of your needs while also keeping yourself grounded in the reality of our current truth as a society.

Acknowledge the Intersection of Violence

Most victims of fatal violence against transgender and gender nonconforming people are transgender women of color, according to the Human Rights Campaign's "Fatal Violence Against Transgender and Gender Non-Conforming People in the United States in 2022" released this month. This only further shows how discrimination compounds for those who hold multiple marginalized identities, facing injustices of racism, sexism, and transphobia. It's important to acknowledge how this intersection may be impacting you, a friend, or others in the community.

Right now LGBTQ+ Americans lack basic, explicit, nondiscrimination protections in states across the country. Passing state nondiscrimination laws and legal protections like the Equality Act would protect basic rights including employment, housing, credit, education, public spaces and services, federally funded programs, and jury service. While the Equality Act passed in the House last year, it still needs to pass in the Senate, and then be signed into law by the president.

Homophobic, biphobic, and transphobic language leads to dehumanization and increases risk of violence. Have conversations with those around you who may need to learn more in an effort to break down stigmas and stereotypes. "Sometimes, I will practice the dialogue ahead of time with a friend, so I feel more confident when I do speak up to get clear on what I think and believe," Sara Stanizai, LMFT, founder of LGBTQ+-affirming practice Prospect Therapy, said to POPSUGAR in a previous interview.

Donate to Organizations Local to Colorado

While donations to nonprofits like Human Rights Campaign and The Trevor Foundation is important, national organizations tend to get an influx of donations after tragedies like Colorado Springs highlight countrywide issues. However, local organizations don't always see the same increase. Ahead are some Colorado-specific organizations to consider donating to:

Take Care of Yourself, Too

If you need time to yourself or you want to take a break from going to the bar, that's perfectly understandable. Club Q was described as "the go-to for pride," according to AP News. But after recent events, the trauma and fear of the attack may keep many queer people from participating in Pride and other celebratory events, at Club Q and tons of other gay bars around the country. One of my good friends won't go to some of his favorite gay bars on Pride out of fear of mass violence. Instead, every year we cohost a "Gay Dinner" on the Friday before the parade, where all of the food we cook is from recipes written by queer chefs. That way we can still come together with friends while feeling safe. Cooking is his love language, and it has brought us exponentially closer over the years. Because while marching in the streets is important, it's also OK to take care of your needs as well in whatever form that takes.