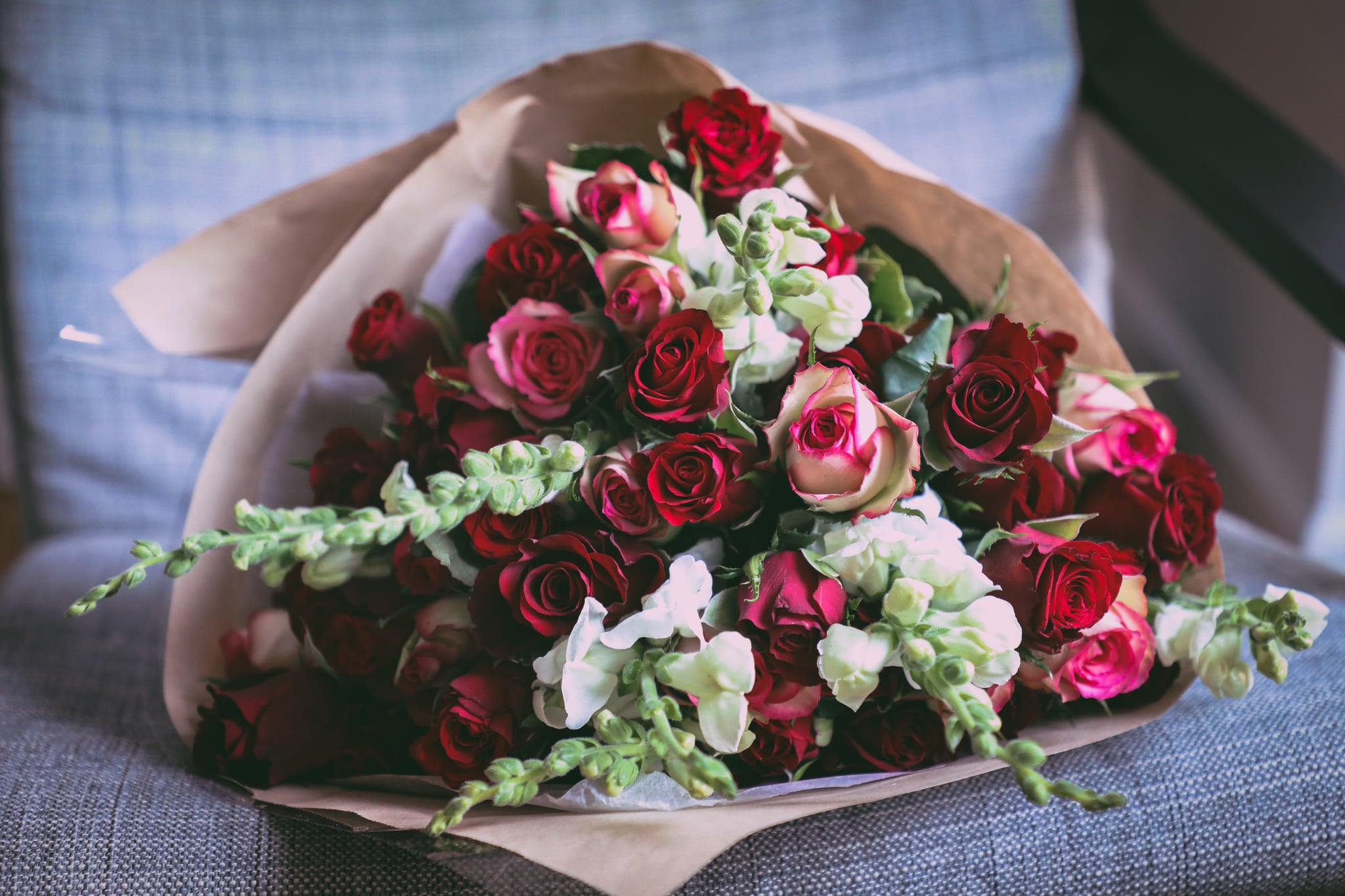 Every single year on Valentine's Day for as long as I can remember, I got a dozen red roses. The flowers always came in the same red vase, along with a little white teddy bear that had a heart on his paw and an oversize red bow wrapped around its neck. They were not from a significant other, but rather a man who had white hair, had served in two wars, and had 58 years on me. They were from my grandfather, or "Pop" as I called him — the only man who ever gave me flowers on Valentine's Day.

Pop loved holidays more than anyone I have ever met, and Valentine's Day was no exception. But last year . . . no flowers came. On Christmas Eve 2018, my grandfather passed away. Eighteen years prior, he was in an accident that left him paralyzed from the neck down. However, he was the least paralyzed person and could light up any room he wheeled into. He had been struggling for a while so we did see it coming, but that still didn't make the pain of his passing any easier.

Related:
Why Being Single on Valentine's Day Is the Best

A little over a week after his funeral, I went back to school for my final semester of college. The month went by slowly, as every January does, but this one seemed to stretch on even longer. The pain of losing him came in waves. I subconsciously tried to keep myself going at 100 miles an hour, which, as a college athlete, wasn't hard to do. But once I stopped moving, the grief hit me like a ton of bricks.

Last Feb. 14 was one of those days. I weirdly didn't have a lot of studying to do and I wasn't traveling that weekend for sports. I just felt off for most of the day, like I was forgetting something important. It wasn't until I went back to my apartment, opened the cabinet, and saw an old red vase that it hit me. I was missing my favorite valentine.

I broke down in tears for a little bit before calming down. I realized that this was probably the last way my grandfather would want to see me. This day was supposed to be about love — not just for significant others or family members — but for all the people you care about in your life. So, my roommate and I ordered a heart-shaped pizza, drank some red wine, and watched a cheesy romantic comedy on the couch. And when I went to bed, I held onto that white teddy bear just a little bit tighter.

Related:
I Got Dumped on Valentine's Day, and It Nearly Destroyed Me

While this year will be another year without roses, it will definitely be a night spent with friends. The loss of my grandfather reminded me just how important it is to spend time with the people you love, and that is exactly what I plan to do this Valentine's day. I'll order take-out, pour some wine, watch a rom-com, and hang out with some of my closest friends. Because while new roses won't be arriving anymore, the memories of all the ones that came before remain.