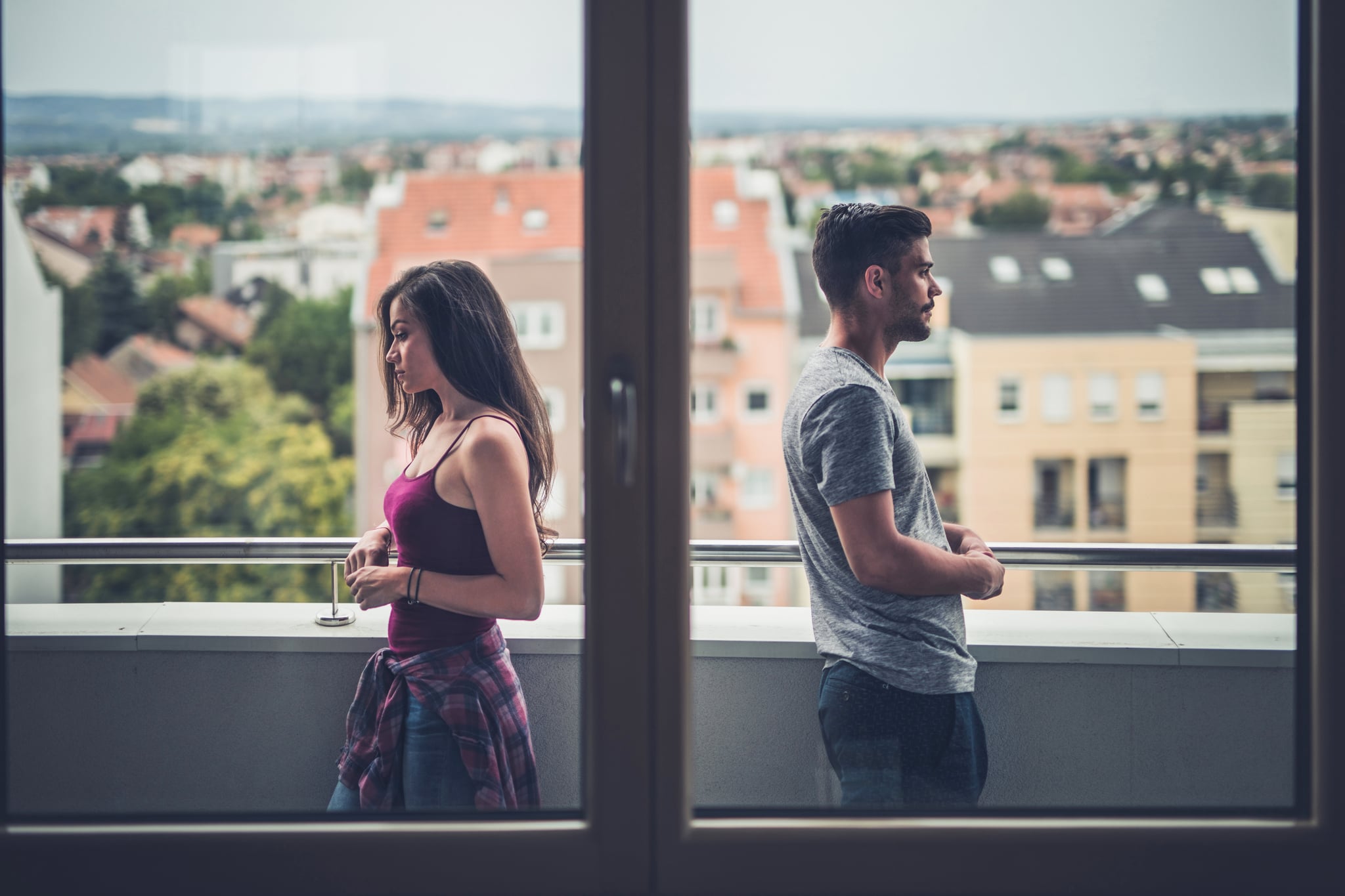 You know that kind of "my lover broke my heart and left me alone in the rain" tragedy that you see in movies? It's usually a type of backstory given to a character to explain their lack of trust in a new partner or why they've gone without dating for a seriously long period of time. Yeah, that actually happened to me . . . on Valentine's Day. Just minus the rain.

I remember being so excited to finally have someone to celebrate Valentine's Day with. I had a horribly cliché idea of what it would be like and I wanted to do it all, from the sappy cards to the heart-shaped boxes of chocolates to the candlelit dinner. I even went out a month in advance to get the perfect gift for my partner.

Related:
50 Things to Do Instead of Being Sad About Your Breakup

A few weeks before Valentine's Day, however, my partner grew distant. We started talking less and less, and on days we were supposed to see each another, he would abruptly cancel without giving me a single reason why. Long story short — he admitted to cheating on me not once but multiple times.

To say it was devastating would have been an understatement. It felt like a sucker punch to the gut that knocked all of the wind out of me.

I wasn't entirely sure how to handle the news. Part of me wanted to break up with him on the spot and never speak to him again. The other half, though? It spoke to his guilt, suggesting that maybe his confession meant he truly felt horrible about it and wanted to work things out. I was so in love that I was willing to ignore all of my doubts, and, in the end, I chose to forgive him.

As it turned out, that was not what he wanted, and on the night before Valentine's Day, he left me for the girl he was cheating on me with. I'd been wrong about the confession being as bad as it could get, because this was so much worse.

To say it was devastating would have been an understatement. It felt like a sucker punch to the gut that knocked all of the wind out of me, but I couldn't catch my breath afterward. He wasn't my first relationship, but he was my first serious and longterm relationship. I thought I had a future with him. I thought we were going to build a life together. To realize that he'd cheated on me in hopes that I would leave him so he didn't have to be the one to do it shattered me.

I finally understood why there were so many songs written about heartbreak and loss. I finally related to those dramatic character backstories in romance movies. Depression kicked in almost immediately and clung to me like a vice. Some days, especially right away, I couldn't even pull myself out of bed. I was so angry with him it almost frightened me, but as furious as I was, I kept questioning what I had done in order for such a thing to happen to me. I'd been what I thought to be a good partner — always supportive, loving, and honest, but never clingy or overbearing. Had I not given him enough? Was it because, at the time, I had little desire to explore a sexual relationship (something he knew and claimed to be okay with)? Was I too pushy when it came to wanting to spend time with him?

Related:
How a Tarot Reading Helped Me End My 6-Year Relationship

While his cheating was never my fault, I spent many nights questioning what I had done, and it grew worse as I looked across my bedroom and saw the spot where I'd hidden his Valentine's Day gift: a dumb heart-shaped basket filled with gimmicky Valentine-themed junk that I'd worked so hard to put together. I'd been so excited to give it to him and he ruined it.

In the end, it took me a long time to get over him. My depression lingered and worsened some days. Even my friends had a difficult time comforting me and getting me to realize that this breakup wasn't the end of the world. When I was ready, I was able to work on my mental health and rediscovered my self-worth. Beating back the voices that pushed the blame onto me wasn't an easy task, but eventually I had to realize that his actions were his and if there had been a problem that I didn't know about, he needed to be the one to voice it. I didn't force him to cheat on me. Changing my mindset to understand that losing him, even in such an awful way, was for the best and was nothing short of an uphill battle, but one worth fighting. I learned I was better off without someone who would lie to me so viciously and hurt me without a care in the world, and I began to focus on bettering and valuing myself instead. And I'm doing pretty damn good.