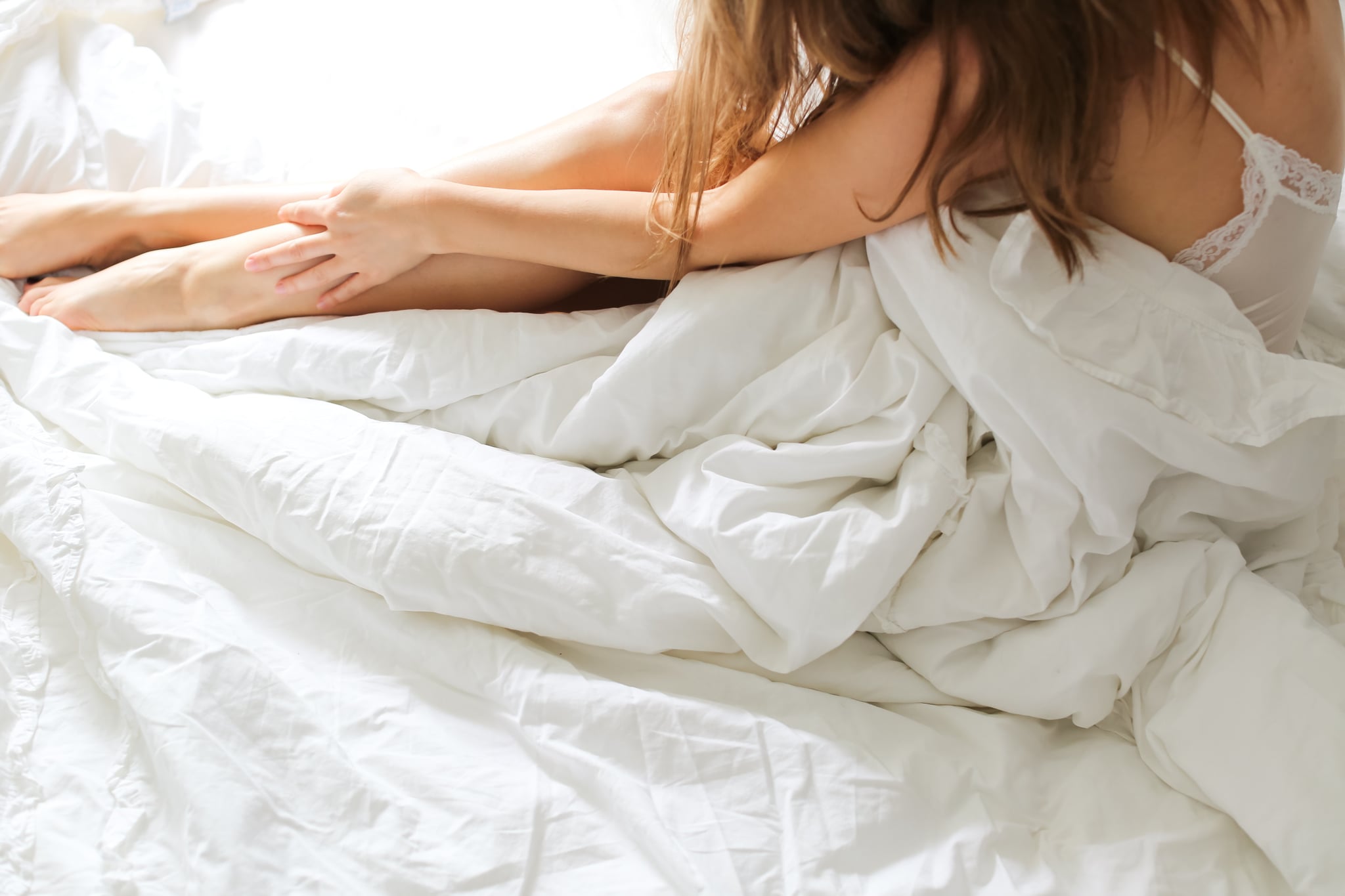 There's this misconception that sex-positive people are having sex, like, all the time. I'm sorry to report that the road to sex positivity isn't always paved in orgasms. In reality, being sex-positive goes way beyond the amount of sex someone is having. In fact, the act of sex isn't even necessarily what's at the center of the mindset. Instead, it's focused around being respectful of someone's personal choices, safety, and consent. I have learned that you can choose to not have any sex at all and still be sex positive. When it comes down to it, it's all about having options, having your decisions be respected, and feeling safe to make whatever decisions you choose.

Of course, I wasn't always sex positive. In fact, I was rather on the opposite spectrum for much of my life. Catholicism was a big part of my life during my adolescent years; I was part of my church's youth group and served as an altar girl. In church I learned that sex before marriage would lead me straight into the fiery pits of hell. Sex was to be shared between a married couple in order to bring children into the world. I was told this repeatedly throughout my upbringing.

But even during my peak Catholic Girl Phase, I had no intention of waiting until marriage. The idea seemed ridiculous. Why would I wait until marriage when there was no guarantee that my future spouse would do the same? And what if I didn't even want to get married?

I kept these thoughts to myself, afraid of what others would think. I witnessed slut-shaming in high school as my classmates spread rumors and degraded the girls who were having sex. Adults in my community and on TV portrayed women who enjoyed sex as women who shouldn't be respected and who didn't respect themselves. I was terrified to experience the slut-shaming I witnessed firsthand, and that fear caused me to internalize those beliefs even more. And I wasn't just guilty of slut-shaming other women, but myself, too.

Eventually during college, I stopped practicing Catholicism. As I questioned what I had been taught growing up, both in school and my religion, I realized that a lot of my personal values didn't align with the church. I had bought into these myths because they came from adults I admired and trusted, but as I learned about different systems of oppression, I realized how much misinformation I had received. As I distanced myself from the church, I found new ways to connect to my faith, and to myself.

What I found when I looked outward was a community of people who welcomed me warmly and without judgment. Connecting with other women whose values aligned with mine made me feel less alone. Whenever remnants of religious guilt crept into the back of my mind, I could rely on assurance, kindness, and respect from the sex-positive community I had found.

I eagerly await the day when society recognizes that women can simultaneously enjoy sex and have self-respect.

As I had feared when I was younger, I did encounter slut-shaming. And it hurt. But the more I surrounded myself with sex-positivity through friends and media, the less I worried about what other people thought of me. Being able to relate to other women who were sex positive made me feel empowered and more confident in my truth. I realized that Catholicism's view of sexuality is only one among many, and that I have the right to discover my own.

Catholic guilt doesn't disappear overnight, and I still have to make a conscious effort to let go of certain snap-judgments. I'm thankful to those who have made this journey less lonely, and I hope to be a sex-positive presence for others. I eagerly await the day when society recognizes that women can simultaneously enjoy sex and have self-respect. But in the meantime, if you're feeling isolated, know that you can come sit at my table. Learning to honor myself, my needs, and my desires has been a blessing, and I hope to pass it on.