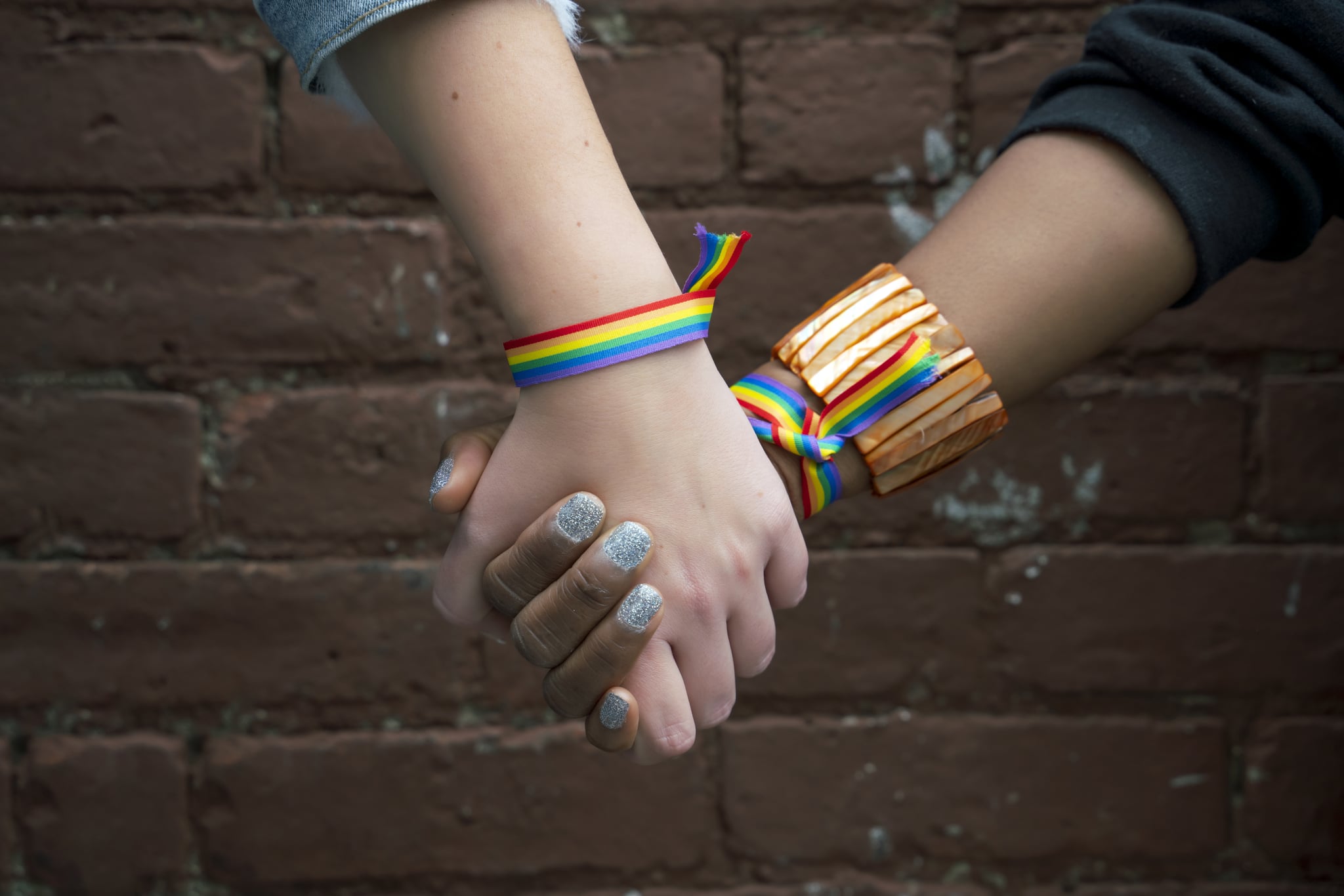 I knew from the beginning that my ex-girlfriend, L, was magic and her unique relationship to God made my experience of her all the more holy. What I never realized, however, was how much L's Christian faith affected me personally during our time together. Like most things, this was revealed to me after its ending.

I was brought up by a culturally Catholic mother and an Agnostic father. Both of my parents were progressive and allowed me to decide for myself what iteration of faith — if any — I wanted to prescribe to. They allowed me, for example, to stop attending CCD (Confraternity of Christian Doctrine) at age 8 after I proclaimed I didn't believe in the Resurrection. By the time I enrolled in an all-girls Catholic high school for better educational opportunities, I had entirely abandoned any association with Catholicism and was very critical of what I perceived as blind adherence to the Church as an institution. I have, to put it simply, carried with me a skepticism of religious doctrine and authority for most of my life.

As an Agonistic, queer woman and skeptic of organized religion, I never imagined that I would seriously date a devout Christian. But falling in love with L was easy.

To be fair, I never identified as a staunch atheist and have always taken issue with those who dismiss belief in a higher power as inferior and trite. There is something very humbling and grounding about acknowledging that there are things in this world for which we have no explanation. I have also found great intellectual — if not explicitly spiritual — pleasure learning about world religions and have a serious appreciation for the sanctity of tradition and ceremony. And as someone involved in social justice work, I appreciate the central role religion has played throughout history in movements for justice and liberation. But of course, these understandings are conceptual at best and do not make me feel personally closer to any semblance of the divine.

As an Agonistic, queer woman and skeptic of organized religion, I never imagined that I would seriously date a devout Christian. But falling in love with L was easy. Our first date unexpectedly spanned an entire weekend, during which we shared with one another the most intimate details of our lives and I learned more about the central role God played in her life. It was clear to me from the beginning that many of the things that drew me to L — her love and care for others, her belief in the inherent goodness of all people, and her gentleness — were shaped by her image of Jesus. She acknowledged, of course, that being Christian and a lesbian was fraught and this friction caused her significant turmoil throughout her life. I knew that she felt alienated from parts of her religious community because of her sexuality and that she could not always bring her "full self" to services and religious gatherings. I watched in amazement as L's devotion to her faith community and God persisted despite this. She believed that her sexuality helped her relate to others struggling with issues of identity and belonging. These tensions only made her commitment to serving others through God stronger.

Although I embraced L's faith, I was still hesitant the first time I went to church with her. Having only attended Catholic services, my impression of church was that it consisted of stale Eucharist, old priests admonishing attendees for their sins, and the uncomfortable ceremony of intermittently kneeling. This experience was something different entirely. As soon as we walked in, I noticed the room was buzzing with laughter, lightheartedness, and joy. I watched in awe as individuals embraced one another openly and people of all ages and races mingled without inhibition. As we made our way to our seats, my partner greeted others with warm hugs and kisses as if they were family. The service itself was awe-inspiring with participants erupting in harmonious song and dance and pastors blessing attendees with band accompaniment and no reserve. I felt compelled to tears witnessing my partner and dozens of others raise their arms to the sky with their eyes closed, proclaiming their love for Christ and one another.

Related:
I Didn't Wait Until Marriage to Have Sex Like I Was Taught, and I'm Glad

That day was just the beginning of the beauty I would bear witness to throughout our relationship. When I lost my father, L was there to offer my family and me profound solace. Her steadfast belief that my father and I would meet again in Heaven helped me deal with feelings of loss and allowed me to imagine that he and I would get a second chance at healing. Her belief in mercy, forgiveness, and the innate goodness in all people also helped me reconcile my complicated relationship with my father. L's presence throughout this process made the entire experience feel holier. And although my father was principally opposed to organized religion, I know he would have been grateful for the way L offered me permission to have faith in the intangible in the midst of my grief.

L's faith extended to our year-and-a-half-long relationship and her propensity to believe in the impossible helped us sustain a relationship that bridged vastly different cultures, racial identities, belief systems, and thousands of miles of physical distance. Whenever I had moments of doubt, her steadfast faith in our divinity buoyed us. For a time, she believed in us as she believed in God.

Now that I am without her, I find myself grieving both the loss of our relationship and this proximity to faith. I do not have plans to commit myself to organized religion nor did our relationship make me believe in Christian doctrine. What it did do, however, was give me a window into the beautiful and humbling parts of religion. As I begin this new phase of my life without her, I will hold onto both our memories as a couple and my newfound appreciation for the healing and redemptive power of faith.