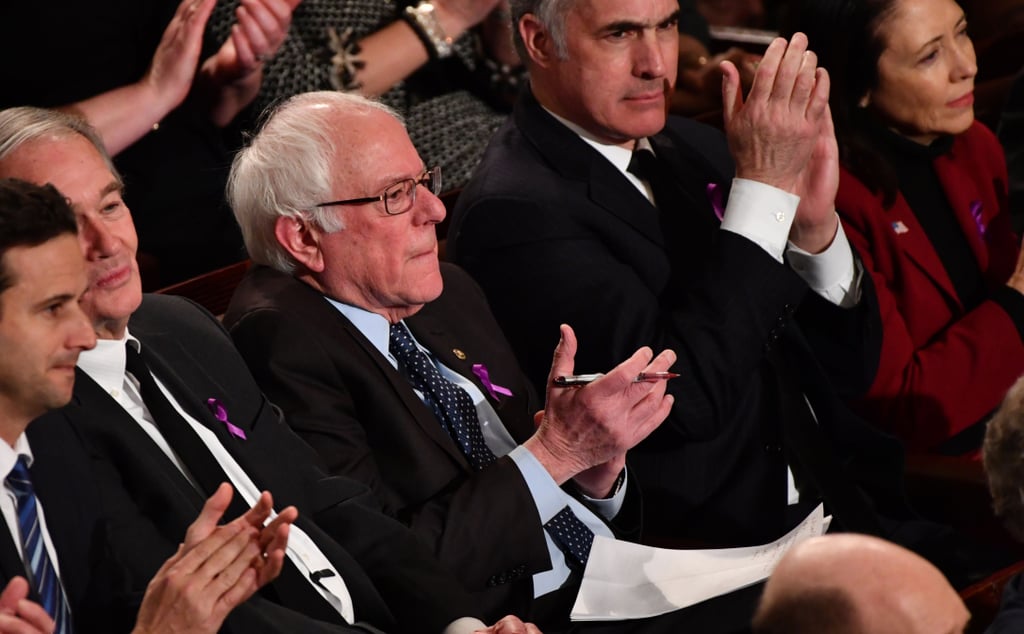 Bernie Sanders has once again spawned a cathartic meme that speaks to the thoughts and emotions of many Americans. At the State of the Union on Jan. 30, the senator was at one point shown "clapping" as President Donald Trump spoke about lifting citizens out of poverty. "Clapping" is in quotation marks because it doesn't entirely describe what Sanders was shown doing — begrudgingly smacking a few fingers together might be a more accurate description. As expected, the reaction shot quickly became a viral sensation. Enjoy the meme's inception — and glorious proliferation — ahead.

Related:
If You Thought This Part of Trump's State of the Union Sounded Familiar, Here's Why
Previous Next Start Slideshow
Donald TrumpPoliticsState Of The UnionHumorUS NewsBernie Sanders