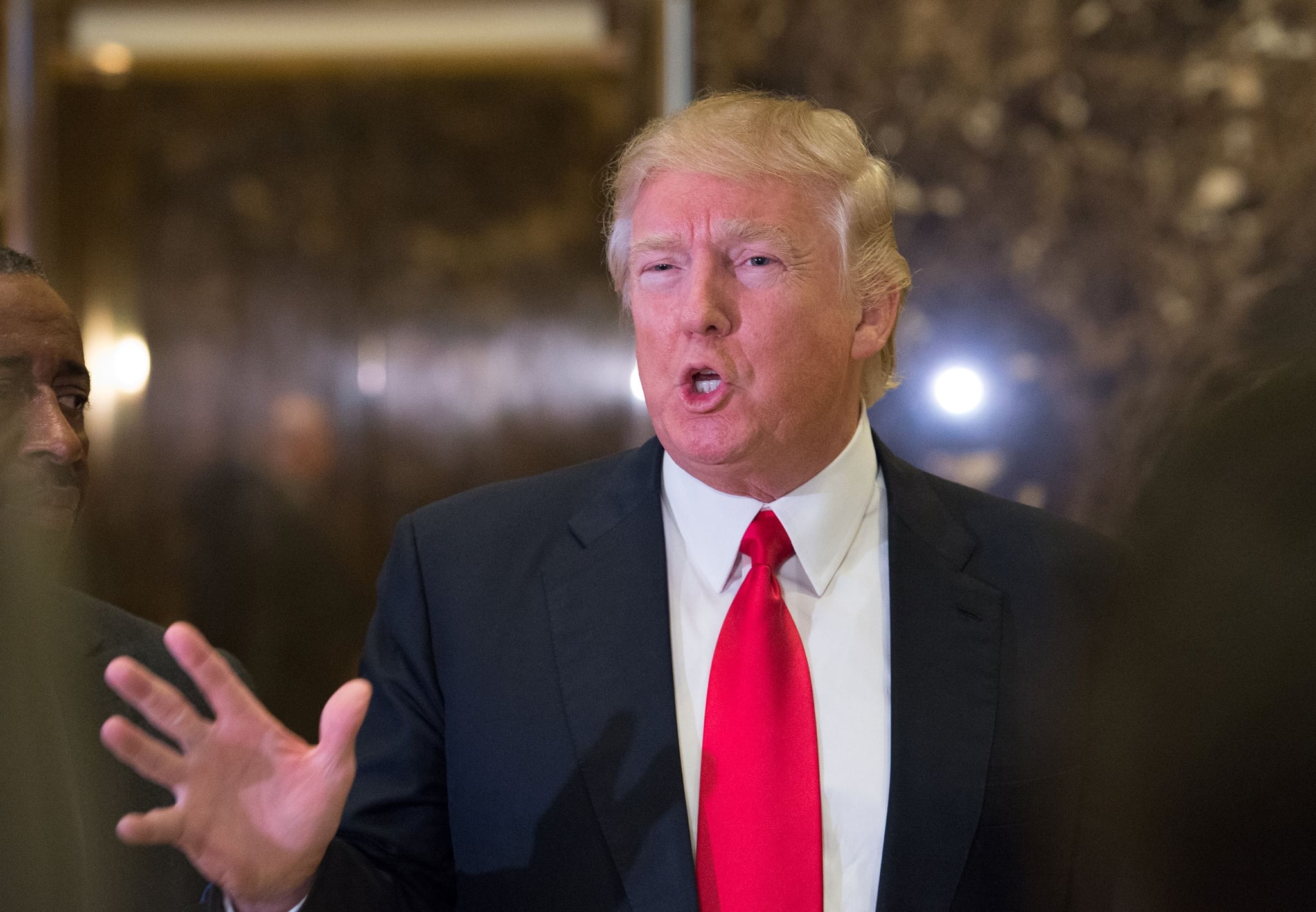 Donald Trump is just days away from being sworn in as president, and a lot of people are unhappy with how he's chosen to conduct himself in the weeks leading up to his inauguration — including one of his own supporters. On Tuesday, USA Today ran an opinion piece written by a woman who cast her vote for Trump in November and, like so many other women in America, is having a hard time understanding why the president-elect would be focusing so much of his time and energy on defunding Planned Parenthood when he "should get the economy moving." The title of the essay alone — "I Voted For Trump, Not Against Planned Parenthood" — may give you a chuckle, and after about three sentences you'll probably have your palm flat against your face.

Melody Forbes, a human resources professional living in Phoenix, AZ, begins her op-ed by writing, "I voted for Donald Trump because I wanted to see change in our country. One change I didn't want to see was access to health care at Planned Parenthood blocked. But Republican congressional leaders have already promised to do just that, with a provision to stop reimbursements for the health care Planned Parenthood provides." Oof. OK.

Related:
The Calculated Plan to Outlaw Abortion in the US

Forbes goes on to share her personal history with Planned Parenthood's health services, calling them "services every woman needs at some point." She adds that it "doesn't make any sense for Trump, who said he would defend the American people from politics as usual, to sign a bill like this." She speaks even more hard truths throughout the piece, including that "millions of mostly low-income people who rely on Planned Parenthood for essential health care like birth control, cancer screenings, STI testing and treatment, well-woman exams and more, would no longer have access within their communities," and that "people who already face outsized barriers to getting care, especially people of color and people in rural communities, would face additional hurdles." 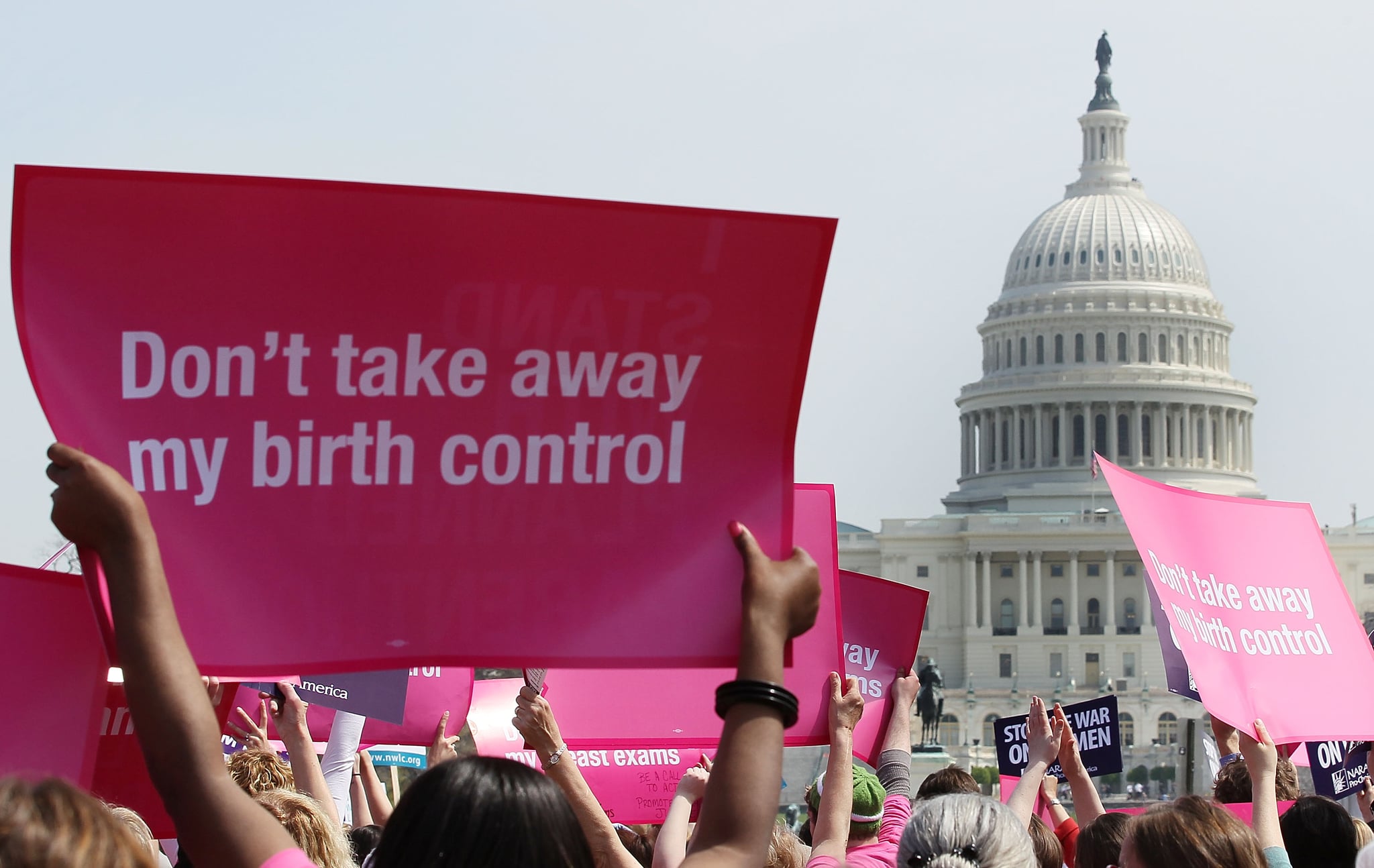 By this time, you're likely nodding your head and agreeing with Forbes, because she's totally right: an estimated one in five US women will visit a Planned Parenthood at least once their life, and they do, in fact, provide a number of services that help women and men in marginalized communities who may not otherwise have access to basic reproductive care. They do not, as so many anti-choice advocates like to assert, provide abortions with federal dollars, and the majority of their services actually prevent unintended pregnancies. "Trump said he would try to be a president for all Americans — that should include the 2.5 million people who go to Planned Parenthood every year," Forbes writes. "My vote for Trump was not a vote against Planned Parenthood. I voted for him based on the issues he campaigned on: creating jobs, making health care more affordable, and making our country great again. I voted for him because I trust him to get our economy moving again."

"I voted for Donald Trump because I wanted to see change in our country. One change I didn't want to see was access to health care at Planned Parenthood blocked."

"I did not vote to send him to the White House to take away health care from people struggling to get by," Forbes continued. "I'm grateful that Planned Parenthood was there for me, and I want it to be there for every woman who needs it." Here's where you may have to stop and rub your temples again, because it is very, very difficult to understand how a person who voted for Trump could earnestly believe that sending him to the White House would not have an impact on women's health care. This is a man who ran his presidential campaign on overturning Roe v. Wade and punishing women who have had abortions. He flat-out told voters that he would work to make sure Planned Parenthood got zero federal funding so long as they provided abortions, even if it meant blackmailing the organization. He chose a vice president, Mike Pence, who has one of the most staunchly anti-abortion records of any modern politician, and who signed a law requiring women to hold a cremation or burial service after aborting or miscarrying a fetus. It is nearly impossible to comprehend how a vote for Trump would not result in his taking steps to eradicate Planned Parenthood's life-saving services, repealing the Affordable Care Act, and making it harder and harder for women to have control over their bodies and medical choices. Except for one Melody Forbes.

"If Trump is going to be the president we elected to give us real solutions to our very real problems, he shouldn't start his presidency by blocking access to Planned Parenthood." Sorry, Ms. Forbes: Trump is already working hard to destroy family planning and reproductive rights as we know it, and it's going to be a very real problem with few to no real solutions. But the worst part? Your vote helped him do it.