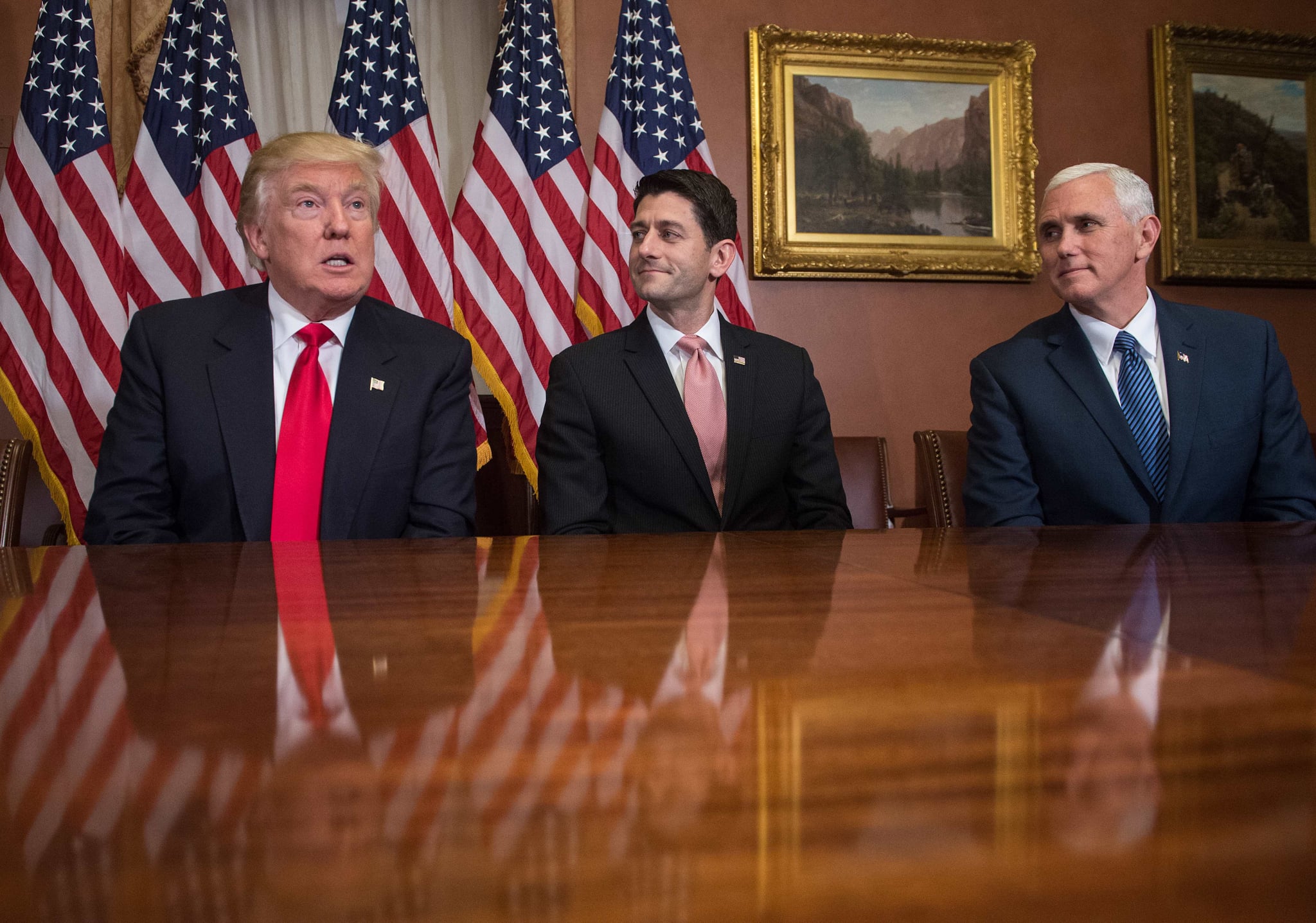 Before Donald Trump astonished the nation and won an election he was never predicted to win, he released his so-called plan for his first 100 days in office. Plan is a loose description of his goals. Critics contend that some of Trump's intentions are barely achievable, if not impossible, and could cause national catastrophe.

While Trump's goals for his first 100 days might be more attainable given the Republican party's Senate and House majorities, it's unlikely he will be able to deliver on most of his campaign promises. And that's absolutely normal for elected presidents: Politifact estimates that President Obama was only able to follow through on 45 percent of the 500 promises he made during his election bids.

Addressing an audience in Gettysburg, PA, on Oct. 23, Trump delivered what he described as a "contract with the American voter." The contract consisted of his promises for the first 100 days of his presidency, but again, there's a vast difference between proposal and action. So, let's assess how likely it is that Trump will be able to seamlessly transform these promises into policy.

Trump pledged to repeal and replace Obamacare but has not provided specifics on how he might replace the program. Trump also promised to restore the ability to purchase insurance across state lines. However, since the election, Trump has already said he would keep at least two stipulations of the Affordable Care Act. Trump said on 60 Minutes he would let adults stay on their parents' health insurance until 26; he also indicated he would keep the law which forces insurance companies to cover people with preexisting medical conditions. The fate of the rest of Obamacare remains unknown.

Trump pledged to immediately secure the border and build a wall separating Mexico from the United States; he also maintains that Mexico will pay for the wall. Though experts have long warned Trump against building the wall, so far reports suggest he's not backing down. Additionally, even with a congressional majority, his plans are unlikely to pass because of the cost and logistical nightmare it would cause. Trump also promised to deport "two to three million immigrants who have committed crimes" during his first 100 days. The New York Times emphasizes that even this plan is unlikely because Trump's estimations are vastly overstated and he would not legally be permitted to deport criminals without due process.

Despite pledging to "drain the swamp," a crude euphemism for removing political insiders and self-interested politicians from DC, Trump has surrounded himself with longtime political power players in the week following his election. Trump already appointed Reince Priebus, the current RNC chairman, as his chief of staff; he outraged many when he appointed Steve Bannon, the chairman of the ultraconservative media site Breitbart, as a senior adviser to the White House. Most of the names being floated for Trump's cabinet are those of career politicians.

Trump also promised to implement term limits in Congress to curtail corruption. However, Senate Majority Leader Mitch McConnell insisted that would not be considered by Congress. According to the New York Times, McConnell said, "I would say we have term limits now. They're called elections. And it will not be on the agenda in the Senate."

Trump has vehemently sworn he will return off-shore jobs to American soil and implement tariffs on imported goods; he also pledged to punish companies who employ cheaper labor outside the country. Trump's insistence to both reject the Trans Pacific Partnership (TPP) and pull out of the North Atlantic Free Trade Agreement (NAFTA), another open-trade agreement, could prove disastrous for the American economy, but that doesn't mean he won't do it.

Trump is likely to reject the TPP. (Even his opponent Hillary Clinton rejected the agreement.) However, it's also unlikely that Trump wants to start an international trade war, particularly with China. A memo obtained by CNN reveals that Trump does intend to investigate the economic ramifications of leaving NAFTA; however, even those negotiations could take months, if not years.

Even before he announced his candidacy, Trump denied climate change. Going so far as to suggest China orchestrated the concept of global warming to cripple American trade in one tweet sent before his run for office, Trump maintains that climate change is not rapidly transpiring. When he takes office, Trump promises to "cancel the billions in payments to UN climate change programs and use the money to fix America's water and environmental infrastructure," which theoretically would benefit Americans — except climate change is not a hoax, it is backed by science, and not upholding agreements to curtail carbon emissions could be detrimental to the entire world.

Pulling out of the recently ratified international Paris Climate Deal might also prove perilous for the American economy if other nations committed to the treaty impose economic sanctions against America for removing its support.

Given Trump's unpredictable behavior and inevitable pushback from both Democrats and Republicans, it will be difficult for him to deliver on all of his promises. This is not to say Trump will not keep his word on many of his stated policies and positions — any, all, or some — but that it's doubtful he will be able to achieve his 100-day plan as stated in his first 100 days.