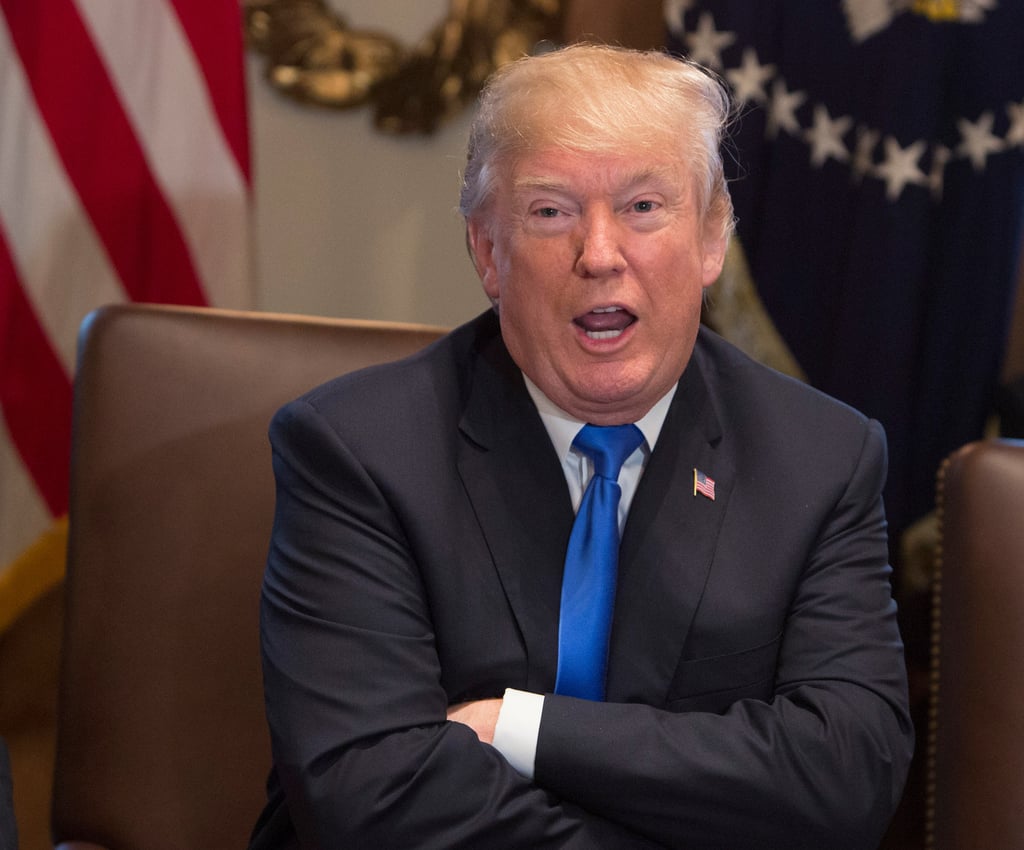 Donald Trump Tweets He's "Like, Really Smart," and the Jokes Write Themselves

Someone should probably tell Donald Trump that smart people usually don't tweet about being "like, really smart" and "a very stable genius." But it's too late for that because the President already used his Twitter fingers to send out those exact sentiments on Saturday morning. His tweets seemed to be in response to the claims that a number of White House staffers questioned his mental stability.

The report comes from a scathing new book titled Fire and Fury: Inside the Trump White House, which was released this week by Michael Wolff, a media columnist who was "a fly on the wall" in the White House during the early days of Trump's presidency.

Trump's lawyer, Charles Harder, reportedly demanded the tell-all book, which reveals details about Trump's relationship with Melania and his poor eating habits, not be published by citing "defamation, libel, and actual malice," but Wolff went forward with the release anyway; he actually pushed the release date up a few days earlier so the public could read it sooner.

The bold move likely pissed Trump off even further, and it appears the President felt the need to remind us that he is a genius and "like, really smart." Needless to say, the internet had the best reaction to Trump's tweets, and we've rounded up the best of the bunch ahead.

Related:
What You Need to Know About the "Goldwater Rule" and Trump’s Mental Health
Previous Next Start Slideshow
Donald TrumpPoliticsOpinionTwitterUS News