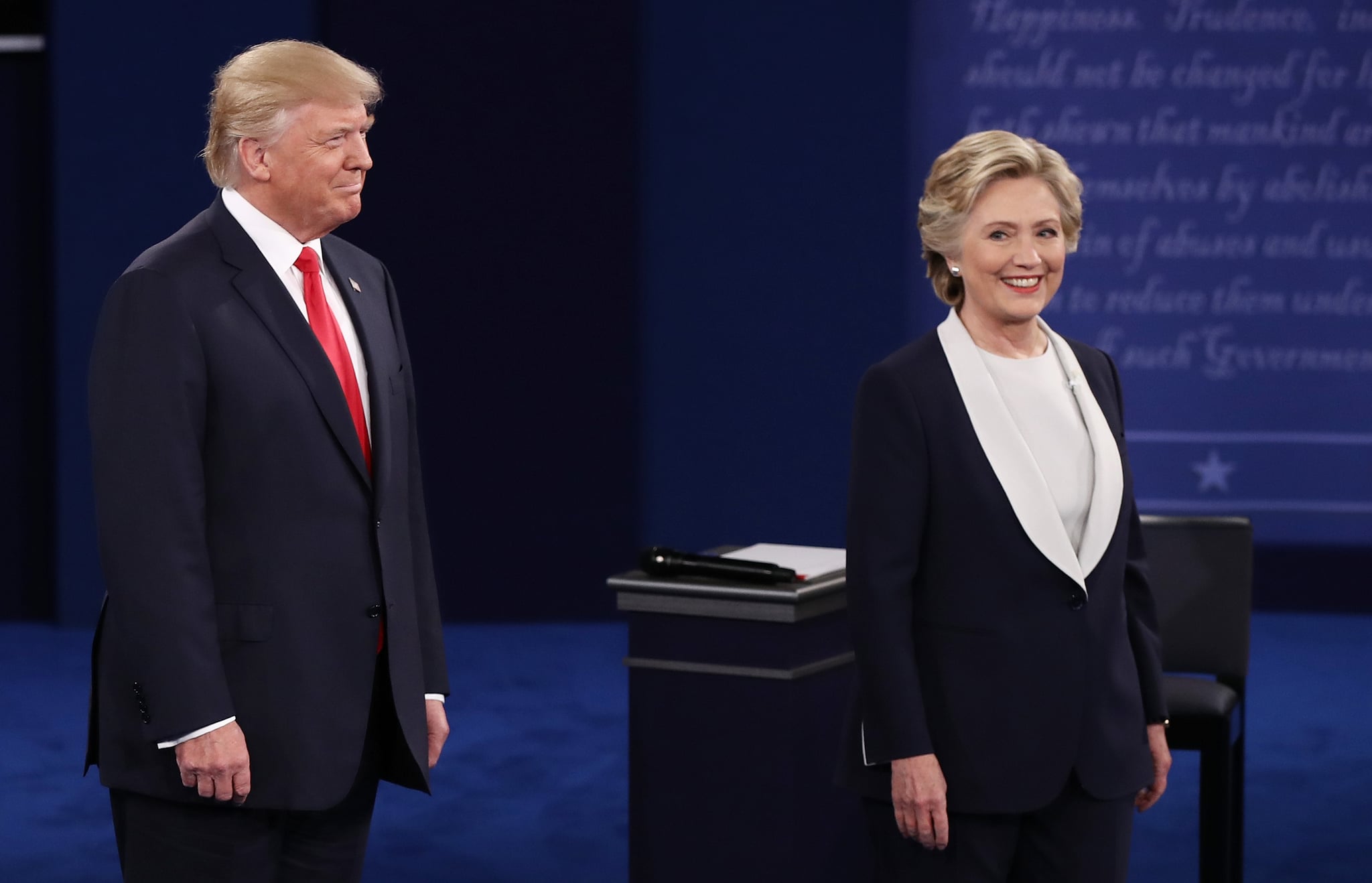 Hillary Clinton and Donald Trump faced off at Washington University in St. Louis for the second presidential debate. Naturally, Twitter is full of insightful, hilarious commentary that says what we're all thinking. Here are the best tweets from the debate.

People were buzzing about the fact that the two candidates did not shake hands.

Yes, she nodded at him, NO HAND SHAKE FOR YOU #debate

I'd like no fries to go with that no shake

There were comparisons to reality TV shows.

I feel like I'm about to watch a housewives/love & hip hop reunion. #debate

Anderson Cooper questioned Trump about the leaked video of his lewd conversation with Billy Bush from a 2005 Access Hollywood segment.

Oh Donald, this is not locker room talk. We understood you exactly. AND WHY IS HE SNIFFING SO MUCH?

"Yeah I bragged about assaulting women but at least I'm not chopping people's heads off!"

Anderson Cooper and Martha Raddatz had to repeatedly hush the audience.

"PLEASE NOT TALK OUT LOUD"

Trump mansplaining Martha Raddatz who will NOT play.

Anderson: "Please do not applaud at this apocalyptic political hellscape."

Things got awkward when Trump said, "No, I'm a gentleman. Go ahead."

Trump declaring "I'm a gentleman" is met with LAUGHTER #DebateNight

Many people related to one particular audience member.

That dude is definitely not undecided. #Debates pic.twitter.com/PX5uLEjXaX

Trump disagreed with his running mate Mike Pence on Syria and said, "He and I haven't spoken and I disagree."

Mike Pence must not be in the same locker room. #Debates

People felt frustrated by the repeated mention of "inner cities" by both candidates throughout the election.

I think Donald Trump might have a heart attack if he found out my black ass grew up in the suburbs. #debate

If you had "inner cities" on your debate drinking game list, I will be sending flowers to your funeral #debatenight

The final question of the night asked the candidates to name one positive thing they appreciate about their opponent.

now that was some 3rd grade conflict resolution realness #DebateNight

That was actually a pretty great answer from both of them.