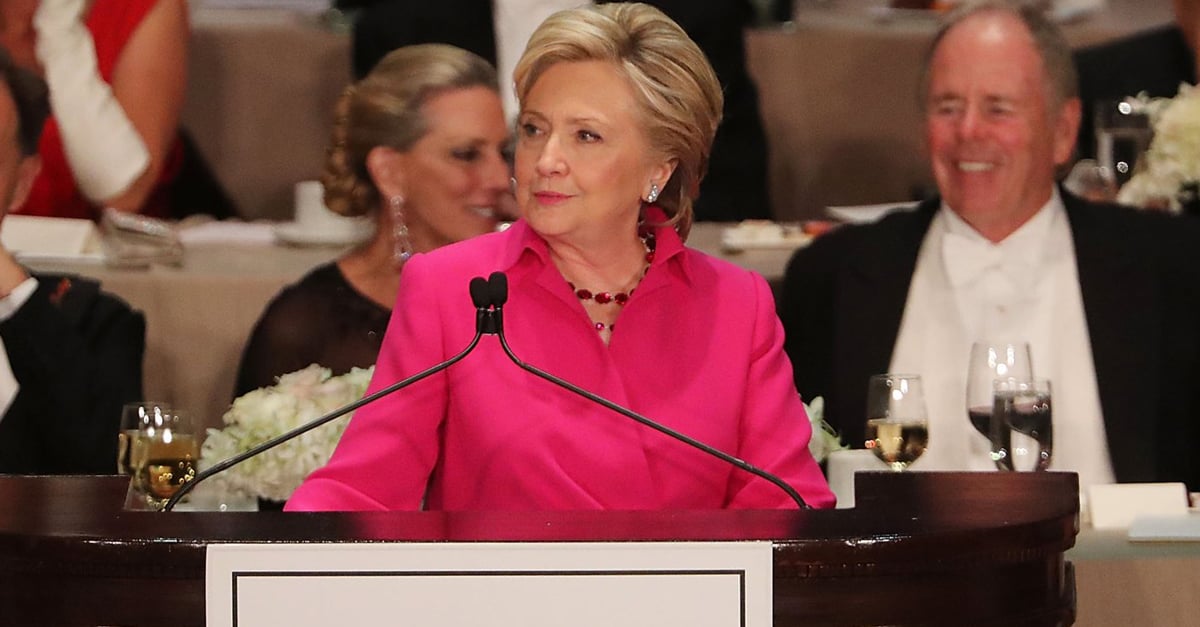 On Thursday night Donald Trump and Hillary Clinton met at the annual Al Smith charity dinner for a presidential tradition: roasting one another. While Trump managed to upset a room full of Catholics, Clinton made some uproarious jokes.

One in particular stood out. After the internet had a field day commenting on Trump's sniffle during the second debate, suggesting maybe he was taking drugs, Trump countered by implying Clinton was on drugs because she was so "pumped up" during the debate. Before the third match-up, Trump proposed that he and Clinton take a drug test — which sounds more like a joke than serious request.

Clinton nailed what was so ridiculous about his suggestion with a memorable line. "Donald wanted me drug tested before last night's debate," Clinton cracked. "I am so flattered that Donald thought I used some sort of performance enhancer. Actually, I did — it's called preparation."

Clinton was indeed prepared for all three debates, easily maintaining her cool during Trump's attacks and serving him with burns.

Animal Videos
Please Don't Tell My Cats, but This TikTok-Famous Monkey Is the Light of My Life
by Alessia Santoro 10 hours ago