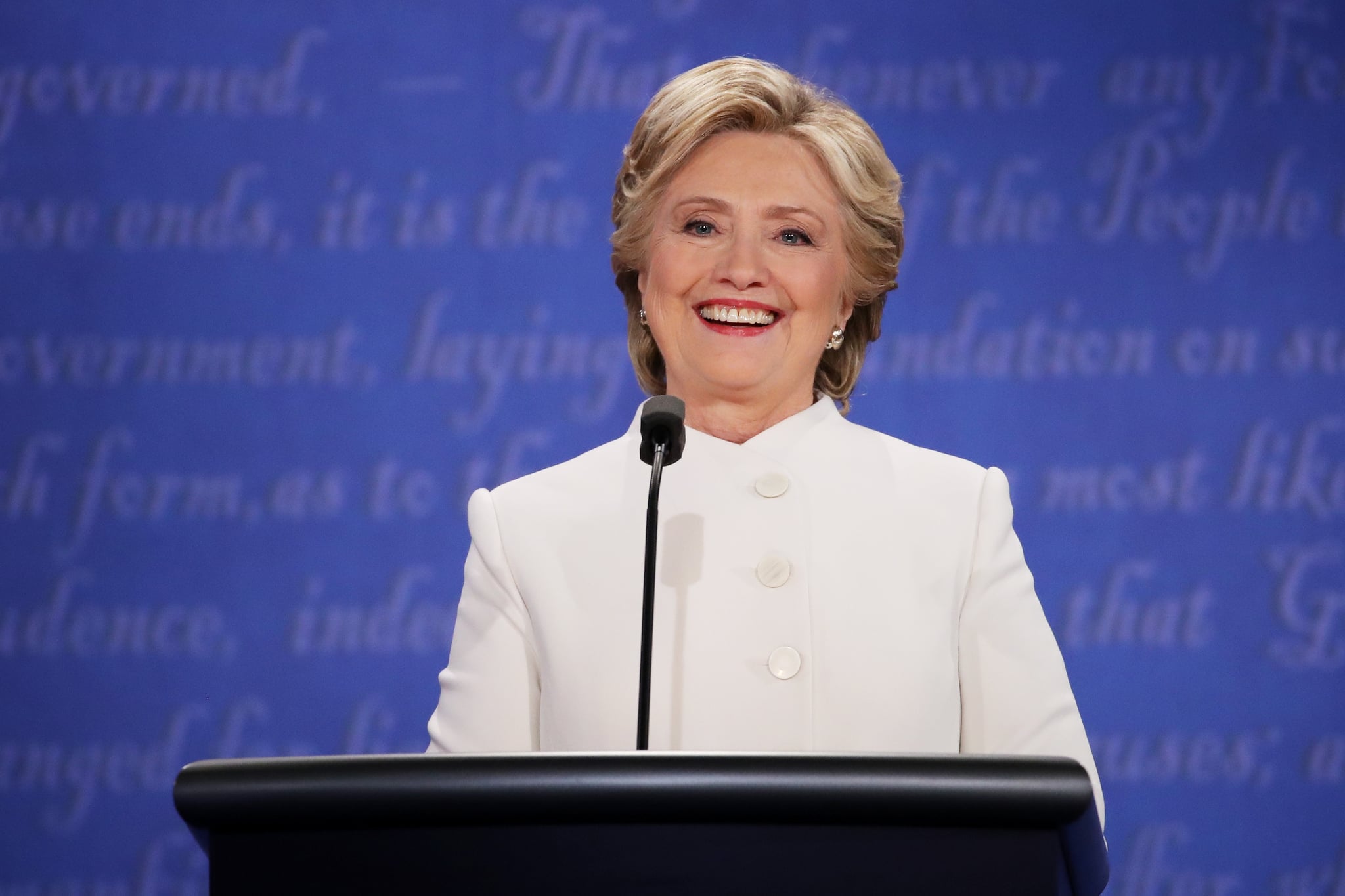 "You're the puppet." "Nasty woman." "Wrong." "Wrong." "Wrong." In the final presidential debate, Hillary Clinton, a former secretary of state, senator, and first lady, was forced to engage with a debate partner who has little use for political norms, let alone the fundamental principles of democracy. Throughout the debates with Donald Trump, Clinton suffered veiled attacks to her gender and overt attacks on her family. People of different political outlooks could disagree about how she handled the issues and her record, but it seemed clear she was ready for Trump's dominating, blustery style.

Without resorting to name-calling, she calmly demonstrated Trump's superficial knowledge of the issues.

Watching the debates, I definitely rolled my eyes, scoffed, and threw my hands up each time Trump interrupted Clinton. But she didn't. Clinton generally kept her cool, letting Trump's antics linger for everyone to see. Michelle Obama infamously said, "When they go low, we go high" — but we all know that's easier said than done. When your opponent is espousing a temperament or policies you disagree with, it's hard to keep your cool.

Starting with her "shimmy" in the first debate, Hillary found a way to undermine Trump with grace. During the Republican primary, 16 other candidates struggled to find a way to do just that. They either didn't take Trump seriously and ignored him or tried and failed to play his game. After Trump lobbed insults at "Little Marco" for months, Senator Marco Rubio finally tried to punch back by referencing Trump's small hands. That backfired, with Trump defending his penis size against Rubio's innuendos. During a debate, Trump said, "He referred to my hands. If they're small, something else must be small. I guarantee you there's no problem. I guarantee it." The sordid viral moment made Rubio look petty and unpresidential, too. He was caught in Trump's trap.

Marco Rubio's attempts to mock Donald Trump came back to haunt him during a GOP debate when Trump defended the size of his penis.

Hillary proved to be a more worthy opponent than those Republican primary challengers when facing Trump on a debate stage. Without resorting to name-calling, she calmly demonstrated Trump's superficial knowledge of the issues and penchant for rambling. "Let me translate that if I can," she said after he went on about his tax proposal in the final debate. She chided him on his record: "On the day when I was in the Situation Room monitoring the raid that brought Osama bin Laden to justice, he was hosting The Celebrity Apprentice." That's not a personal insult, it's just the truth. But it stings. "I'd be happy to compare what we do with the Trump Foundation, which took money from other people and bought a six-foot portrait of Donald. I mean, who does that?" Just like Trump, Hillary wrapped her attacks in everyday language. "He went to Mexico. He had a meeting with the Mexican president," she said at another point. "He choked."

"I'm happy to compare my 30 years of experience." @hillaryclinton confident in her experience. #debate #9News https://t.co/YiOtCMw9gB

Hillary Clinton demonstrated how to rebuke Donald Trump without throwing personal insults during the third debate.

Clinton says she likes to prepare. Unlike Marco Rubio, Ted Cruz, Jeb Bush, and the others, she was ready for the peculiar task of debating Trump. Against a more conventional rival, Clinton's flaws, including her email scandal, hawkish tendencies, and coziness with moneyed interests, may have come under more scrutiny. But something tells me Clinton would have been ready for that, too.