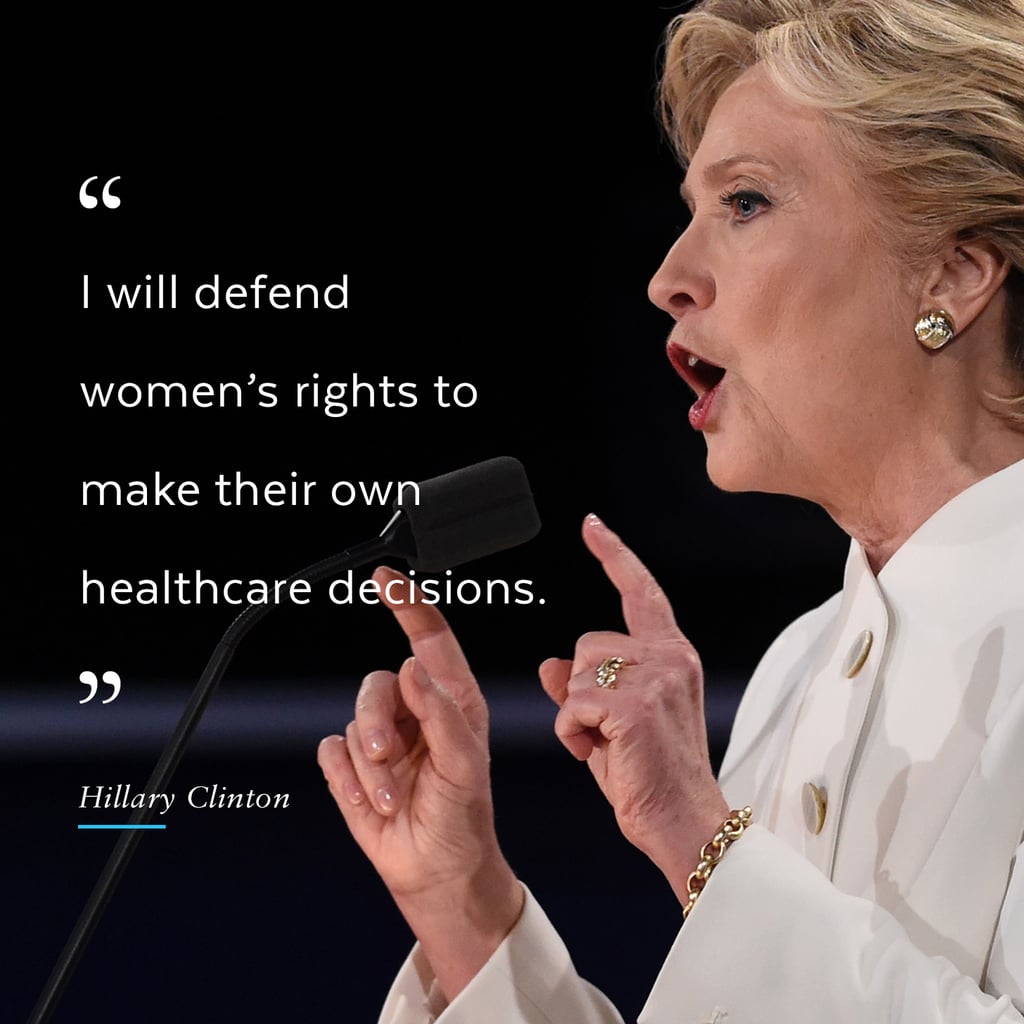 Wednesday's last presidential debate was full of controversy and verbal sparring between the two candidates. Hillary Clinton and Donald Trump discussed issues, but much of the debate was spent skirting around personal attacks. Trump, in true fashion, deflected questions and repeatedly insulted his opponent — even calling Clinton a "nasty woman" at one point. Despite the barrage of personal attacks, Clinton remained relatively calm, even when Trump suggested she was emotional because she was a woman. Name-calling aside, here are the most memorable quotes from the final presidential debate about policy, personality — and, yes, Putin.