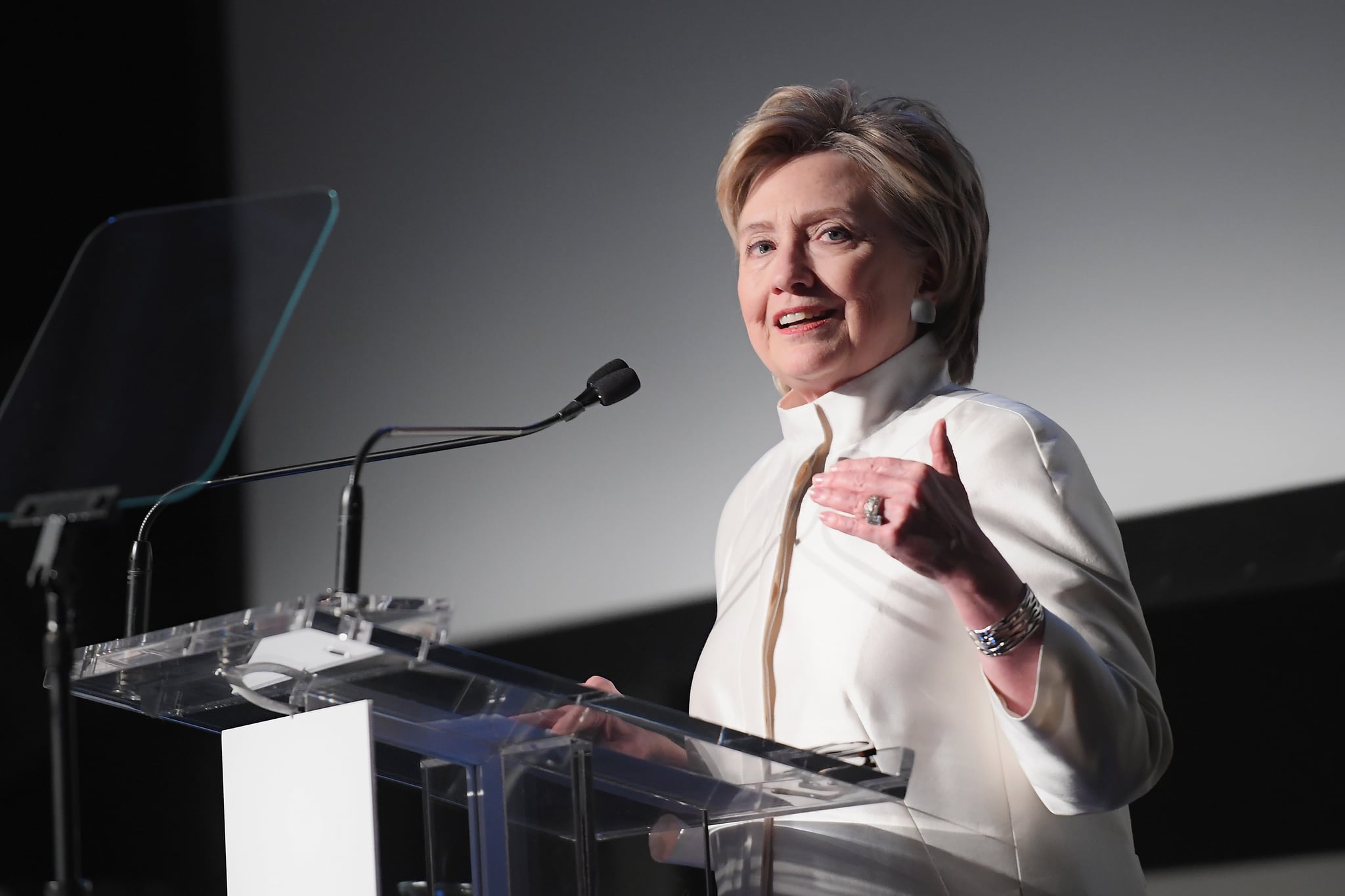 Despite falling short of a victory in the 2016 election, Hillary Clinton still managed to put one massively important crack in the highest glass ceiling: becoming the first woman to secure a major party's nomination for president of the United States. As a part of Time Magazine's "Firsts" series, Clinton is speaking out about what that groundbreaking experience was like — sexist backlash included — and the lasting impact she hopes it will leave on future generations.

Related:
Everything You Need to Know About Hillary Clinton's Upcoming Book Tour

Dubbed "The Nominee" for her Time magazine cover, Hillary recounted the incessant attacks she faced as a female candidate. "Because we do our work on the public stage, women in politics all have stories to tell. We are often demeaned or belittled or insulted for pursuing our interests and our careers," she explained, before addressing the double standards that persisted throughout her career. "So many articles about me always say, 'Oh, well, she's flawed.' Well, name a person who isn't! But that was part of the whole diminishment: don't listen to her, don't follow her, don't vote for her. Let these other guys entertain you and go on their merry way, flaws front and center." Despite the backlash, Clinton still refuses to see being a woman in politics as a negative. "My gender is my gender. My voice is my voice. I love to quote the first woman in a presidential Cabinet — Frances Perkins, who served under FDR — who said, 'The accusation that I am a woman is incontrovertible.' So embrace that, and be proud of it."

Clinton also touched on the attitudinal problems, not just institutional ones, she believes reinforce sexism today. "We know that oftentimes girls are not as encouraged or aren't confident enough to raise their hands and speak out. We know that girls as young as 6 believe that boys are smarter," she said. "All of that can be very disorienting and lay the groundwork for the kind of cultural mistreatment of women that is all too acceptable."

Finally, Hillary took the opportunity to speak out about the legacy she hopes her groundbreaking nomination left behind, explaining that "even though we didn't win, we made the sight of a woman nominee more familiar, and we brought the possibility of a woman president closer." Clinton also urged supporters to be hopeful, despite her campaign's losses. "We have to get back up and get back out there. Don't be discouraged. Don't give up. The fight was worth it."