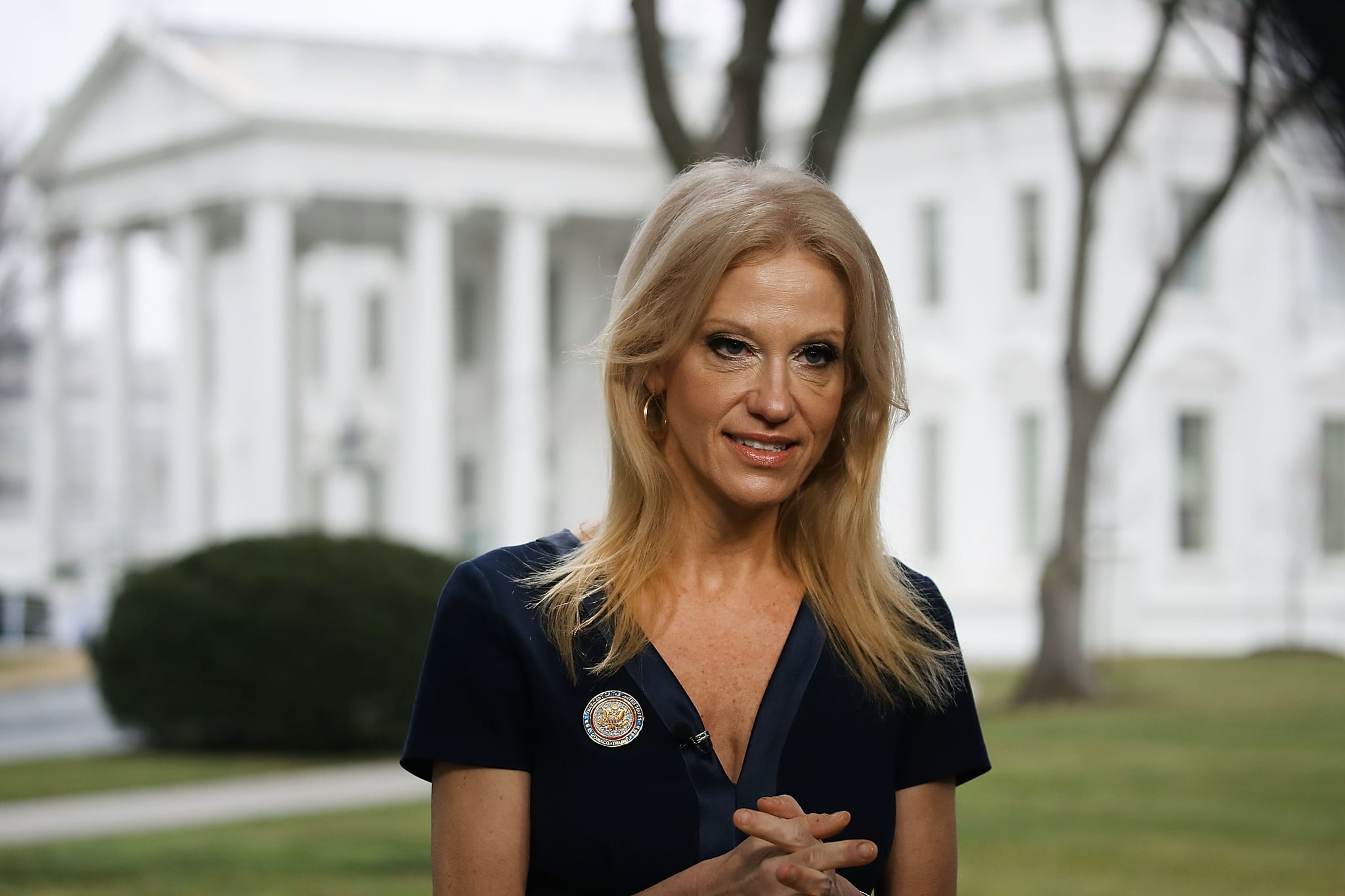 Earlier in March, Donald Trump shocked the country when he accused former President Barack Obama of wiretapping Trump Tower before the 2016 election. Now, Kellyanne Conway is elaborating on that claim and well, we've never heard anything like it. In an interview with the Bergen County Record, the White House senior adviser explained that Obama could have spied on Trump in more ways than one.

"What I can say is there are many ways to surveil each other," Conway said. "You can surveil someone through their phones, certainly through their television sets — any number of different ways." She also explained that spying can be done through "microwaves that turn into cameras."

Following the backlash she received because of this statement (more on that below), Conway took to Twitter to explain that her comments regarding surveillance and "microwaves" were speaking "generally, not about campaign."

1/2: On wiretap claims, I have said many times that we are pleased the House/Senate Intel Committees are investigating & will comment after

2/2: response to Bergen Record was about surveillance articles in news & techniques generally, not about campaign. Headline just wrong.

What's more, Conway appeared on Good Morning America the same day as those tweets and said she has no evidence for these claims. "I have no evidence, but that's why there is an investigation in Congress," she said. "That is particularly what investigations are for." The reporter asked her to confirm what she was saying and Conway responded, "No, I don't have any evidence for these allegations." Perhaps the only evidence hiding in Trump's microwave is from his leftover meatloaf dinner.

Watch Conway's clip on GMA below and see how the internet reacted with some hilarious microwave tweets.

WATCH: "I have no evidence but that's why there's an investigation in Congress..." @KellyannePolls on Trump's wiretap claims. pic.twitter.com/W4kGlrK0Um

I just pressed the Popcorn setting on my microwave and it showed me secret spy video of Kellyanne Conway eating lunch.

Kellyanne suggests surveillance can include microwaves. So when I reheated coffee this morning, was careful not to pass on intel to Russia.

omg kellyanne was right watch out for your microwave pic.twitter.com/KQd3Cu7KpT

Are they called "Hot Pockets" because they're wearing a wire

I think my stapler is watching me. Does anyone know how I can check if Obama is inside?

Kellyanne Conway says Trump may have been spied on through his microwave.

*Trump's mug peering thru the glass over a rotating Hot Pocket*