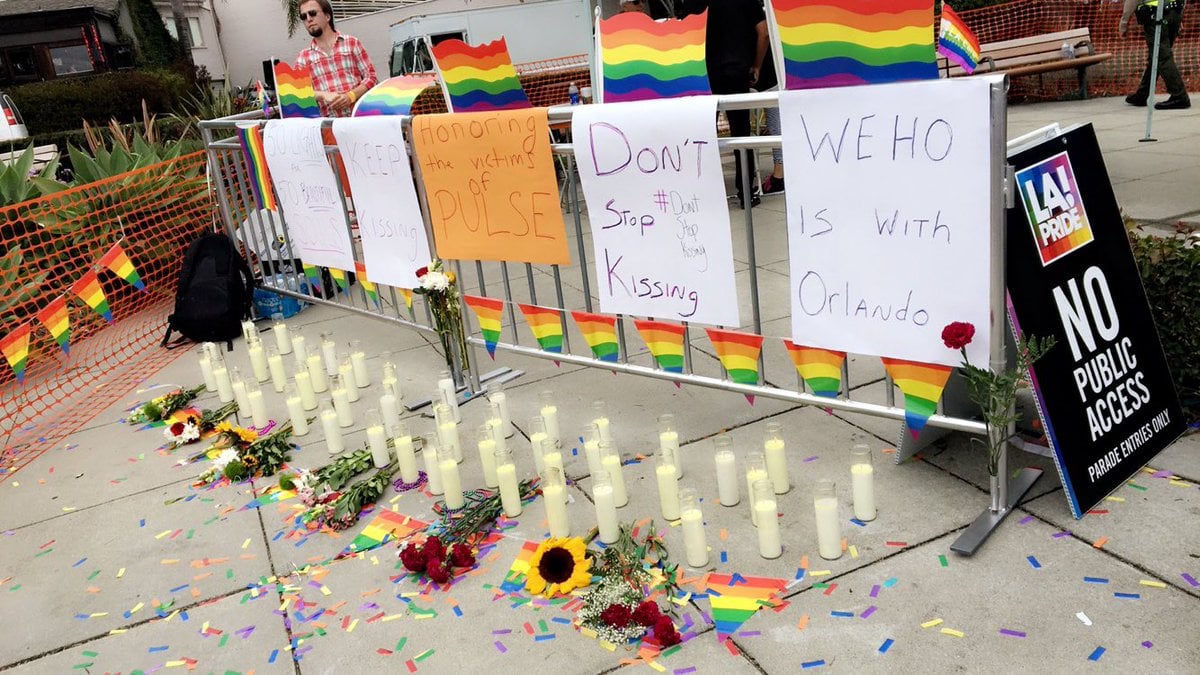 The hashtag #loveislove began trending on Twitter following the gay nightclub shooting in Orlando, FL, that left 50 people dead and more than 50 injured. It's been declared the deadliest mass shooting in US history. On Sunday, people used the hashtag to post messages showing love and support for the LGBT community; Twitter created a rainbow-colored heart that appeared every time someone used the hashtag. Check out some of the tweets:

this seriously got to me 😔💔 #LoveIsLove pic.twitter.com/Ovy7e1eh4W

if i ever have kids i will raise them to be respectful, kind, loving, accepting, sympathetic, polite, giving people #LoveisLove

this is so important #LoveIsLove pic.twitter.com/dUbZkDGobZ

No violent acts, in Orlando or any other place will stop LGBTQ+ people from sharing their love for one another. #LoveisLove

Be proud of who we are. #loveislove pic.twitter.com/RDgEox3UOH

Your sexuality is not a sin. Killing 50 people for any reason is a sin. Remember that! #LoveIsLove

Let people live their lives how ever the hell they want. Its 'their' life not yours, so back off. Spread love not ignorance. #LoveIsLove

never be ashamed to be who you are, The world is a disgusting place but you are all utterly beautiful people my ❤️ goes out #loveislove

Today we grieve for the lost and hurt.Tomorrow we rise to fight for universal acceptance and equality.Stay strong, remember that #LoveIsLove

everyone anywhere;
-be safe
-be proud
-be yourself
-be happy
-be cautious
i love you all so much💓#LoveIsLove ✨ pic.twitter.com/630rNUEWxw

my prayers go out to the family's who have been affected by this shooting. #loveislove

The #loveislove hashtag was popular almost a year ago when the Supreme Court ruled in favor of gay marriage, and its use then focused more on celebration than sorrow.