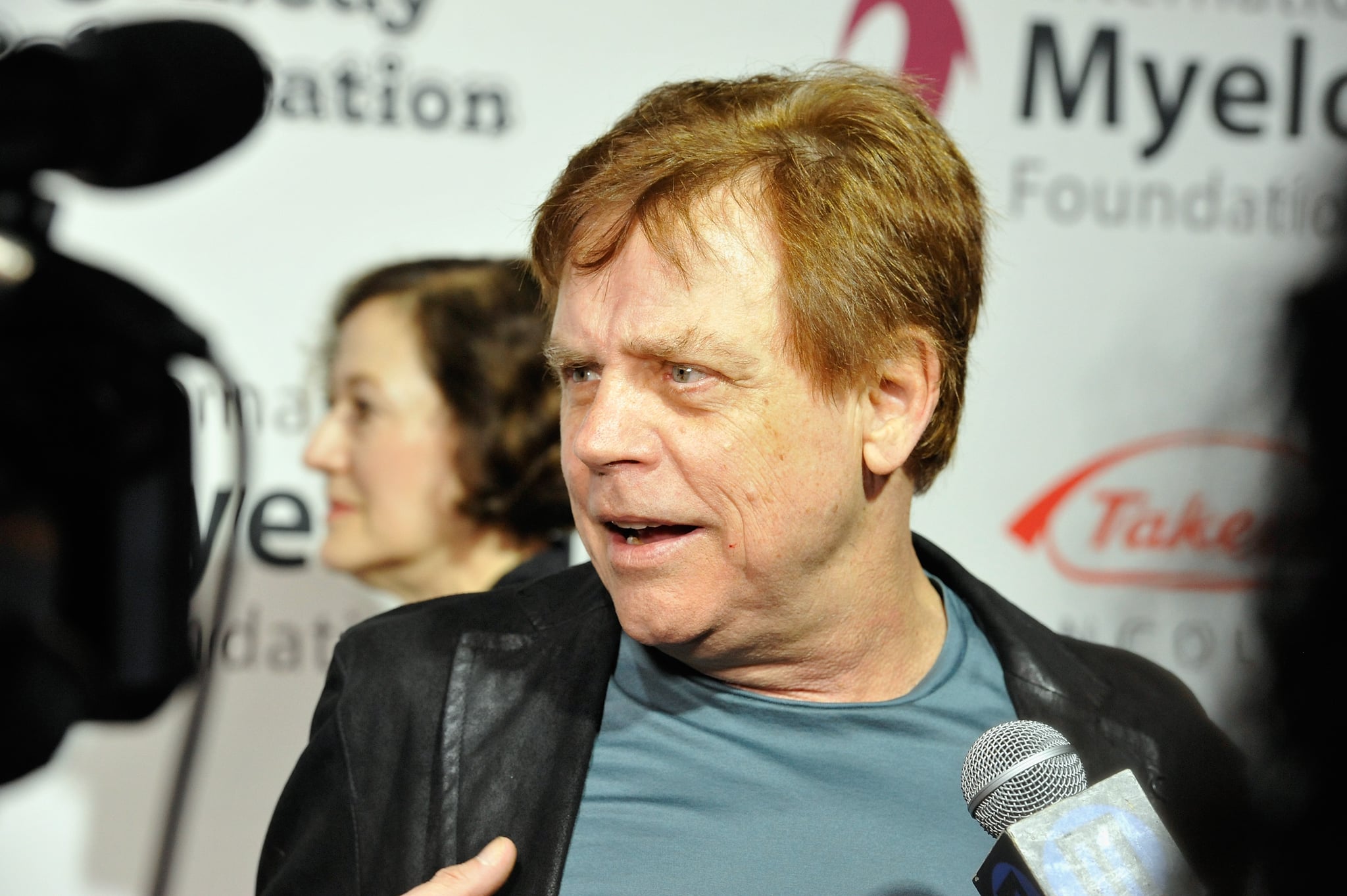 Famed Star Wars actor Mark Hamill, aka Luke Skywalker, made some comments about the 2016 election that might have you wishing you could escape to a galaxy far, far away. During an interview promoting his new show, Pop Culture Quest, Hamill described President-elect Donald Trump's cabinet choices in six powerful words.

"I'm glad I have [the show] to take my mind off what's going on," he said in a phone interview with The Daily Beast. "Because if you look at what's being assembled for our government it's like, yikes. It's a who's who of really despicable people."

Hamill was describing the impending staff and cabinet members Trump has appointed to join him in the White House, including representatives like Steve Bannon, who have a history of anti-Semitic, racist, sexist, and Darth Vader-like views. But, as the beloved former Luke Skywalker pointed out, turning to pop culture during times like these can bring a dose of hope and magic to our lives.

"It sounds corny, but the Star Wars films were incredibly optimistic films," Hamill said in the interview. "They talked about doing good just because it helps others and being selfless and understanding your place in the universe. Beyond being entertaining, I hope that's a message that kids still respond to. Because I still believe that. I still believe all those tenets of 'treat others the way you want to be treated' and so forth."