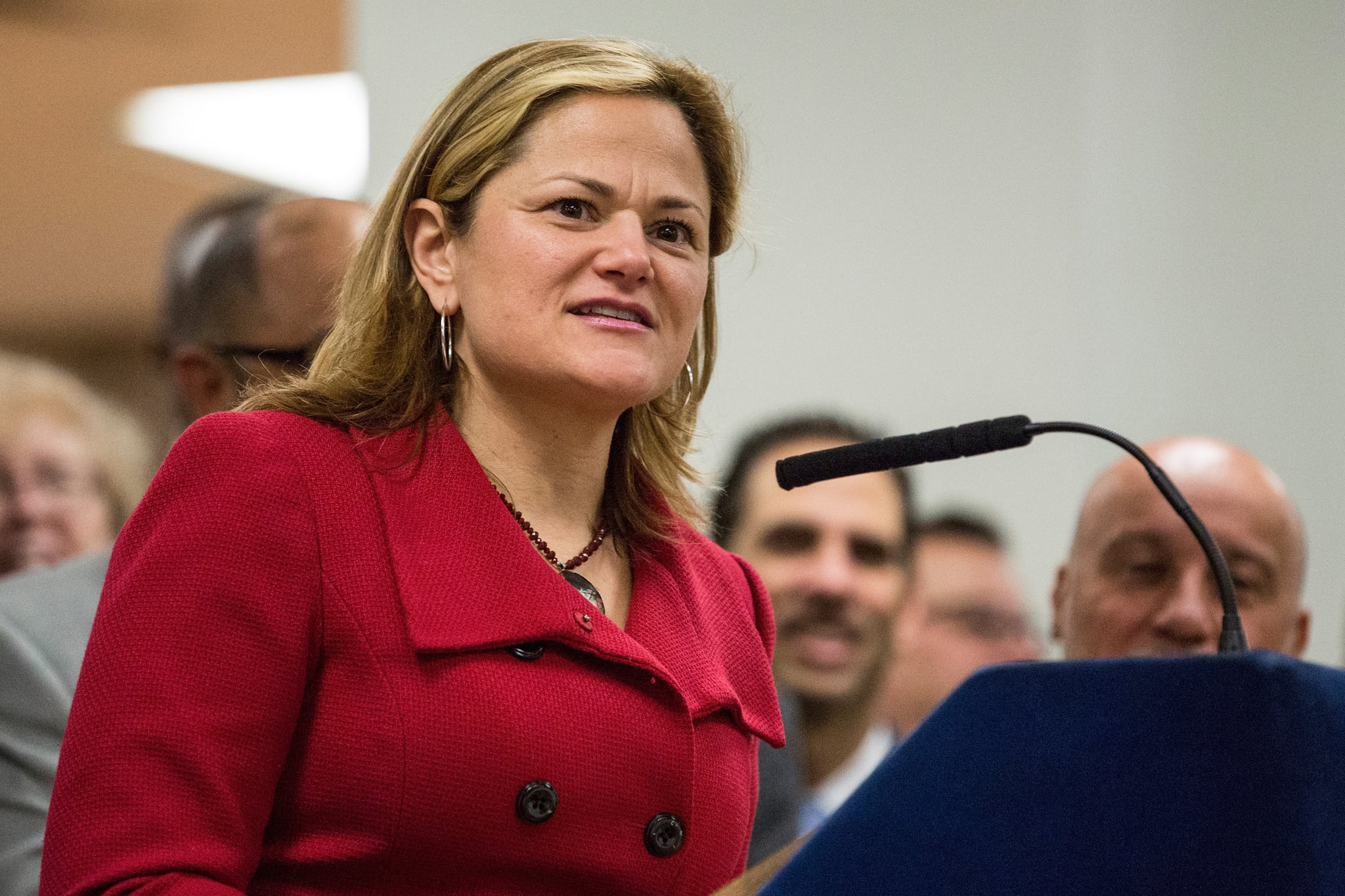 Melissa Mark-Viverito is not here to play. The current speaker of the New York City Council recently spoke with POPSUGAR about Donald Trump's new immigration rule, calling it "disconcerting" and "irresponsible." As the first Latina and Puerto Rican to ever hold citywide office, Mark-Viverito has been outspoken about criminal justice and immigration reform and what she plans to do about it. Her time as speaker will be over after this year, and the groundbreaking 47-year-old politician has reportedly been considering a campaign for mayor of New York City or running for office in her home of Puerto Rico. We talked with her about these future plans as well as why we need more women like her in politics.

POPSUGAR: What are your thoughts on Trump's new immigration plan that could deport undocumented immigrants even suspected of a crime, no matter how low-level the offense?

Melissa Mark-Viverito: I think it's just terrible. It's irresponsible. It puts us on a path that creates unsafe communities. I'm very concerned about the dragnet approach and how every undocumented immigrant is a criminal in the eyes of this administration. We knew this was going to happen, but it's still very disconcerting and reckless.

"We knew this was going to happen, but it's still very disconcerting and reckless."

PS: The rule also enlists local police officers to be enforcers and help with deportations. What can local governments like that of New York do to prevent the rule from being enforced?

MMV: We continue to explore all our legal options, and we've been very clear we will use our resources to focus on people that are a danger to our communities, not people who are otherwise law-abiding citizens. It's just a waste. Most people who came here are here to lead productive lives. This rule vilifies whole swaths of people who are, for most part, great additions to our societies. So we will look at our laws and see how we can protect them and share information with them. As I said in my state of the city address, anybody who tries to get city services will not be asked for their status, and we will make sure there's a limit to where agents can enter (such as schools). We will do what we can as a city and test the limits of the law.

Editor's note: NYC is considered a sanctuary city, one that chooses not to enforce federal immigration or deportation laws and promises to protect undocumented immigrants who live there.

PS: As a department of homeland security official told reporters, "We don't need a sense of panic necessarily in these communities." What do you say to that?

MMV: That's so ludicrous. They want to hire 10,000 more ICE agents! They're instilling a sense of fear, so it's understood if people are afraid. Of course there's a need to panic if your approach is a dragnet approach. We've been clear in New York City that we need to find a way to stop this. We're not going to share information; we were very careful to craft legislation that would protect people that are not hurting us and not protect people that are hurting us, but it's outrageous to say there's no need to fear.

PS: It also doesn't help when you hear stories like those of undocumented immigrants being detained after they report domestic abuse.

MMV: Right, hearing these stories makes it sound like they aren't focused just on undocumented immigrants that are causing harm.

"This rule vilifies whole swaths of people who are, for most part, great additions to our societies."

PS: What are some of the biggest misconceptions about immigrants that are fueling these policies?

MMV: On the campaign trail, we heard this rhetoric, but we know immigrants are contributing to our society. We also know that when we have people in the shadows, when we start ripping families apart, they're not going to come to work. This is true across the country, particularly in states that contribute to a large portion of our country's budget — states like California and New York. When you start to impact the economy, it's just reckless and it has an impact on many different levels.

Editor's note: A study commissioned by Mark-Viverito in 2016 found that about 574,000 NYC residents are undocumented and contribute $793 million in state and local taxes a year. It also found that if these undocumented immigrants were to be deported, the city would see employment decline by more than 340,000 jobs and the Gross City Product would decline by between $23.1 billion and $26.3 billion.

PS: Switching topics, can you talk more about how you're an advocate for free birth control for women in NYC?

MMV: I'm someone that believes in our bodies and that we have a constitutional right to make our choices. Nobody makes choices for us. We've seen at federal and state levels attempts to make it harder for women to access birth control and abortion services with attacks on Planned Parenthood and the desire to repeal the Affordable Care Act birth control mandate. We believe in the right that women have — that women who want birth control should have it, and we're working with organizations we have relationships with so there's enough funding for women to have the option. We're committed to that — it's a right.

"We believe in the right that women have — that women who want birth control should have it."

PS: We've seen a surge in activism since Trump's election. As someone in government, what advice do you have for people who want to take a stand against his policies?

MMV: All of this mobilization is great — people need to go to town hall meetings where congressional representatives are, show up to congressional offices, and most of all, help register other people to vote. Be it municipal elections or state elections, the power is in the vote. People now see that every vote does count.

PS: What are your plans when your time on the city council is up after this year?

MMV: I will have some sense of that soon — the Trump situation has me thinking differently about what I want to do. I know I still want to defend NYC and the legacy that I've put in place when it comes to criminal justice reform and Rikers Island. But there's a need of building a national movement; a lot of cities are banding together to stop Trump. These last couple of months have shifted my view of where I might be effective.

PS: Speaking of staying involved in politics, you're a woman of color in government. How important is it for women like you to run for office?

MMV: It's imperative. Women make up half the population and that voice has to be reflected since we have such a lack of women in office. We have to build the infrastructure to encourage women that this is a real option. After the Women's March in DC, 500 women were being trained to run for office. Women are seeing the urgency of having their voices heard, and we need to keep putting the fire in the belly of women.

Gun Violence
Daunte Wright's Mother Eulogizes Him in Somber Vigil Speech: "He Did Not Deserve This"
by Victoria Messina 17 hours ago