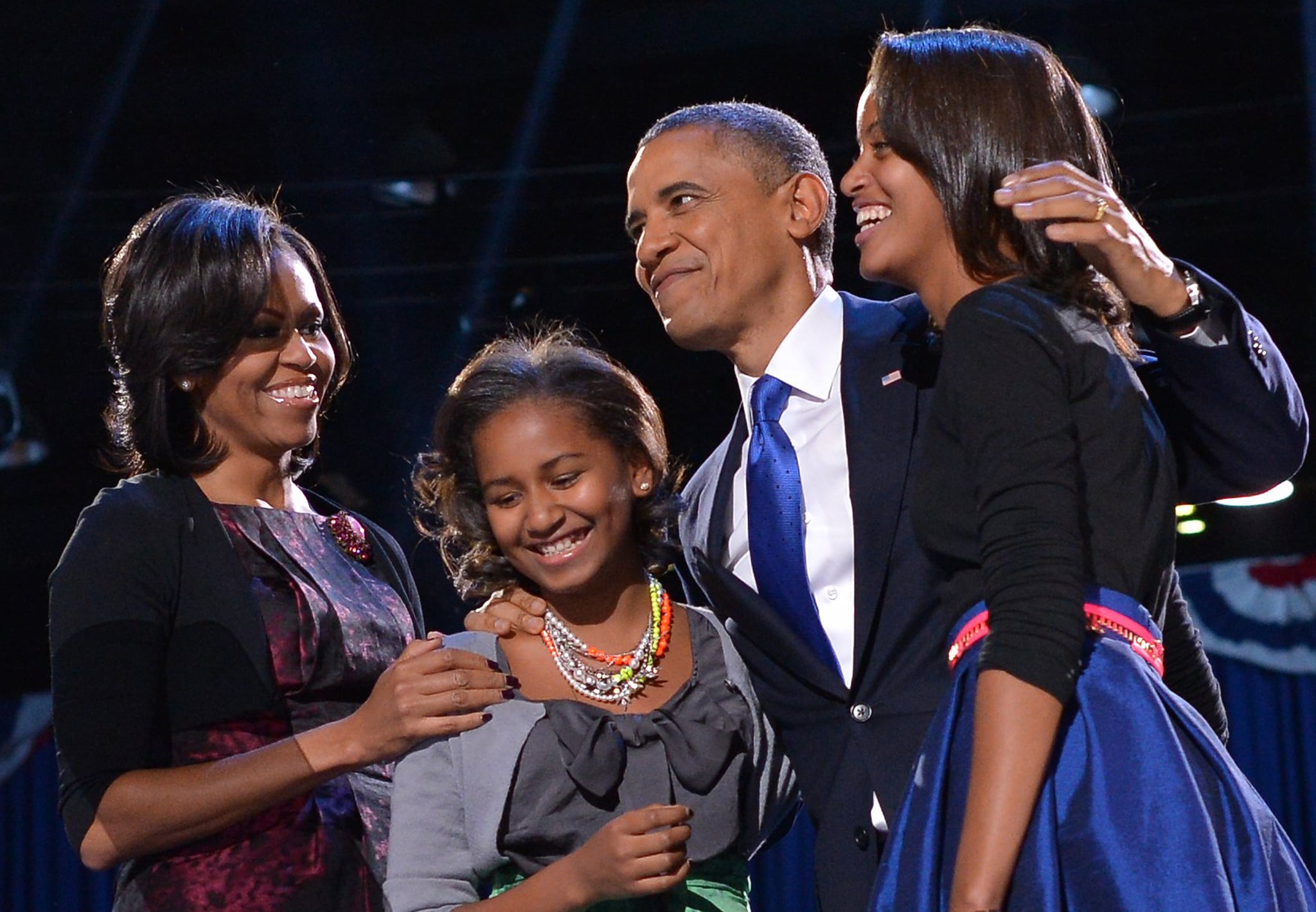 I came of political age during an era of "family values." I cast my first vote for president of the United States in 2004, the year so-called values voters helped pass laws banning same-sex marriage in 11 states. In the political language of the time, family values meant opposing gay marriage, opposing abortion, opposing stem cell research, and emphasizing the role of Christianity in American life.

Many politicians publicly position themselves as respectable public servants who put God and the traditional family first — especially after President Bill Clinton's sex scandal in the late '90s. But over the last eight years, we've witnessed a president who showed us what family values really look like, rather than tell us in campaign commercials.

In President Barack Obama and First Lady Michelle Obama, we've witnessed a consistent example of mutual love and respect that's both practical and inspiring. They invited Michelle's mother, Marian Robinson, to live with them in the White House for their daughters' benefit, and they show public displays of affection when many political couples seem more like business partners. They are also relatable. In 2011, the first lady shared her advice for a happy marriage with Oprah:

It has to be a true partnership, and you have to really, really like and respect the person you're married to, because it is a hard road. I mean, that's what I tell young couples. I think you go through that wonderful love stage, but when it gets hard, you need a little bit more.

In March, President Obama said he hopes his respect and admiration for his wife sets a good example for his daughters, Malia and Sasha. He hopes it will help them ignore the pressure of beauty standards put on women: "The fact that they've got a tall, gorgeous mom who has some curves — and that their father appreciates — I think is helpful."

We have watched the Obama daughters grow up before our eyes and have listened to the comments of a proud father along the way. In his farewell address as president, Obama had a message for the girls: "Of all that I have done in my life, I am most proud to be your dad." And in a 2011 Father's Day speech, the president said: "That's what being a parent is all about — those precious moments with our children that fill us with pride and excitement for their future, the chances we have to set an example or offer a piece of advice, the opportunities to just be there and show them that we love them."

Looking at photos of the president and his daughters then and now makes me reflect on the passing of time and my warm relationship with my own dad. Like Obama, he might have more gray hair, but my appreciation for him hasn't changed.

The first family is also a powerful symbol for many in the black community. As Lamar Tyler, founder of BlackAndMarriedWithKids.com, wrote in 2008:

With their historic trip to the Presidency, Barack and Michelle Obama have directly challenged longstanding depictions that have been held outside and inside of the Black community. They've proven what some people failed to realize. Successful Black families do exist and like Public Enemy said, "Don't believe the hype!" The Obamas have been able to put an image of what a successful Black family looks like into the minds of millions if not billions of people across the globe and for that we thank them.

It's hard to know yet how great the impact of the first family will be, as Al Sharpton told New York Magazine in October 2015: "When all the smoke clears and Barack Obama's gone, a white president will succeed a black president. We've never been here before. And what will that do emotionally and otherwise in the black community that is already up in arms? When we don't even have the symbolic charge of seeing a black man and woman, two girls, on the news every night?"

Both Barack and Michelle have worked hard to strengthen other American families with initiatives that focus on families and children. With Let's Move!, Michelle Obama put herself and her dance moves out there to encourage parents to make good choices about family health and nutrition. With My Brother's Keeper, a program launched in 2014, the president made efforts to encourage responsible fatherhood and close opportunity gaps faced by young men of color. And with Let Girls Learn, Michelle took the cause global, stressing that girls' education is about more than gender equality: it's essential to economic development. Again, the first couple put family values into action.

As for the old "family values" buzzword and what it represented, times are changing. For the first time, more Americans favor same-sex marriage than oppose it, and thanks to the Supreme Court's 2015 ruling, it appears to be settled law. The debate over abortion is still alive and well, with states implementing restrictions and the future of women's rights uncertain under a President Donald Trump. But on reproductive rights issues, progressives have managed to reframe the debate as a "war on women."

Family values barely came up in the 2016 presidential election, perhaps because the candidates realized voters cared less about the sex lives of their neighbors and more about the economy and international security challenges. We don't hear much about family values anymore, but we have seen them on display in the White House. Thanks to the Obamas, we're moving away from "family values" as a euphemism for anti-gay-marriage and antiabortion politics. I credit them and their actions for reminding us what family values really look like.