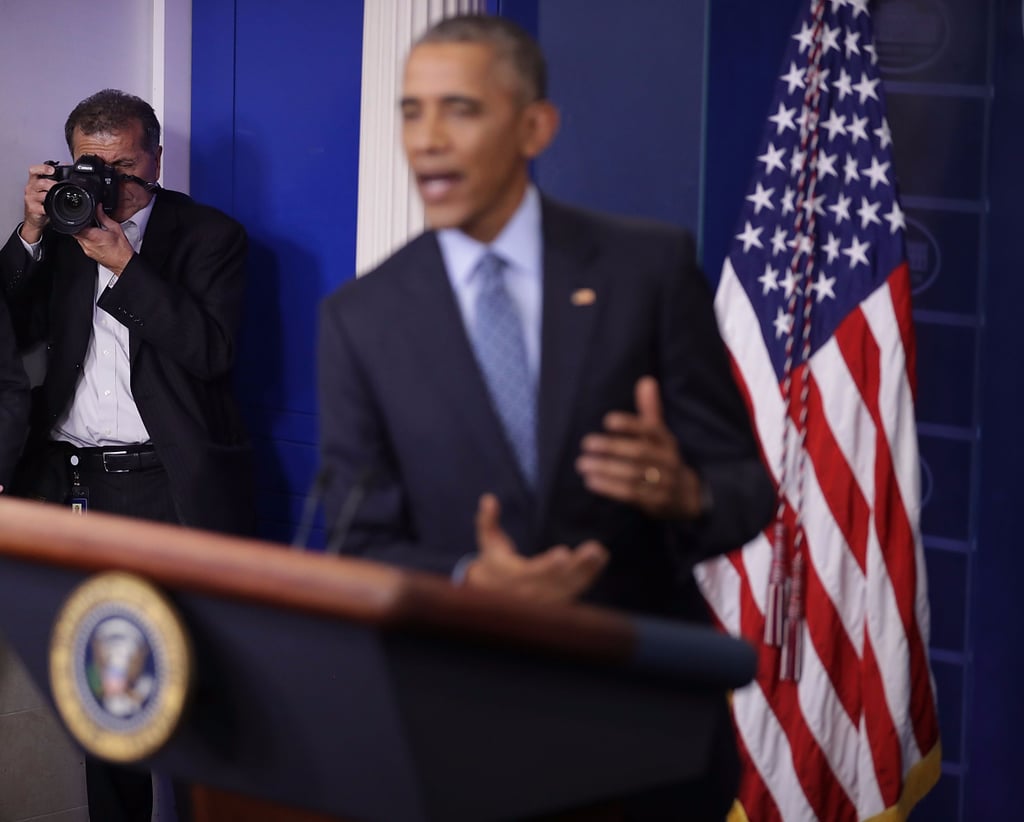 Pete Souza is a legend. Not only is he one of the most talented photojournalists in the world, but he's also the person who documented all eight years of the Obama presidency as chief official White House photographer. But now that he's returned to the normal life of a citizen, he's taken up an altogether different role: the most spot-on Donald Trump critic on Instagram (see: respect for women, Trumpcare, hand-holding.)

There's nobody in the world better placed, then, to give us a reality check after a week like the one we've just had. From the Boy Scouts to a failed attempt at repealing Obama's signature healthcare mandate, here's a look back at the week that was — told through a presidency we're all missing pretty terribly at this point.

Health News
Starbucks Announced New Precautions Due to Coronavirus, Including a Pause on Personal Cups
by Kelsey Garcia 3 weeks ago

Politics
Election 2020: Beyond the Ballot
by Maya Berry 3 weeks ago

Politics
Want to Knock on Doors This Election Season? Here's How to Get Started
by Sofi Hersher 3 weeks ago

Politics
All the Dates You Need to Know For the 2020 Primaries, No Matter Where You Live
by Alexandra Lykins 2/26