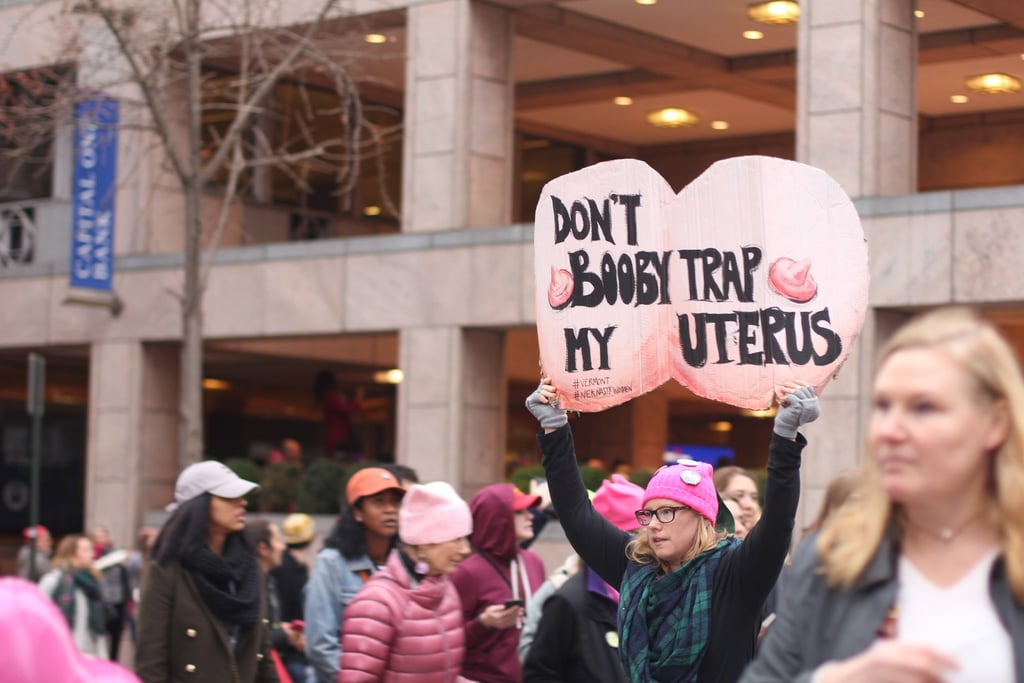 49 Unforgettable Signs We Spotted at Women's Marches Across the Country

April 21 marks the the two-month anniversary of the day millions of Americans took to the streets across the country (and the world) protesting Donald Trump during the Women's March; as one of the largest demonstrations in American history, the signage was predictably clever and creative. Marchers in DC weren't the only activists who stepped up their poster game; our editors spotted brilliant signs in Chicago, San Francisco, and New York City on Saturday. Ahead is a collection of our favorites.

Politics
Voter Suppression Is Affecting All of Us — but We Have the Power to Stop It
by Stephanie L. Young 7 hours ago