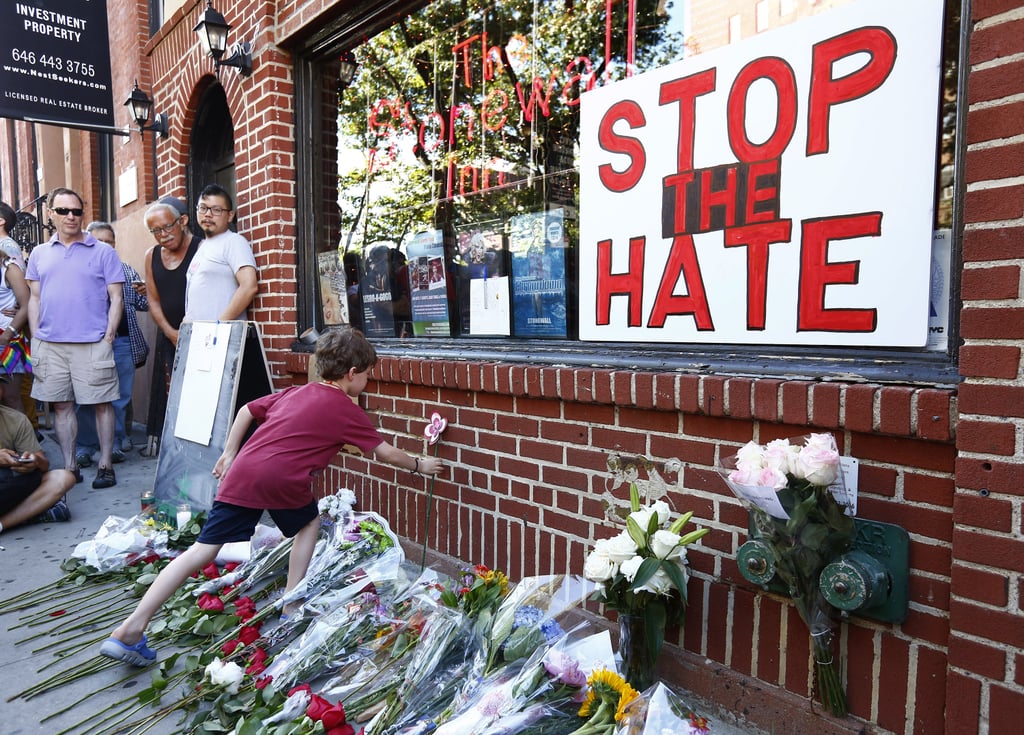 The Stonewall Inn is a gay bar in New York City that has symbolized the gay rights movement since the late '60s. After police raided the bar in 1968 to arrest patrons simply because of their sexual orientations, the customers resisted arrest, which led to four nights of riots protesting the evident discrimination. Since then, The Stonewall Inn has become a beacon for tolerance and the LGBTQ community's continued struggle for equality.

In the wake of the tragedy that took place in Orlando, FL, early Sunday morning, The Stonewall Inn has become an unofficial memorial for the victims. There is no doubt that the people who lost their lives in Orlando were targeted because of their sexual orientations; while New York City is several hundred miles from Orlando, The Stonewall Inn is a monument to gay rights and its persecution. Despite the enormous strides America has made toward total equality for the LGBTQ community, it is apparent that we still have many barricades to overcome. Today we will remember the victims, continue to advocate for love, and not allow bigotry to destroy our progress toward tolerance.