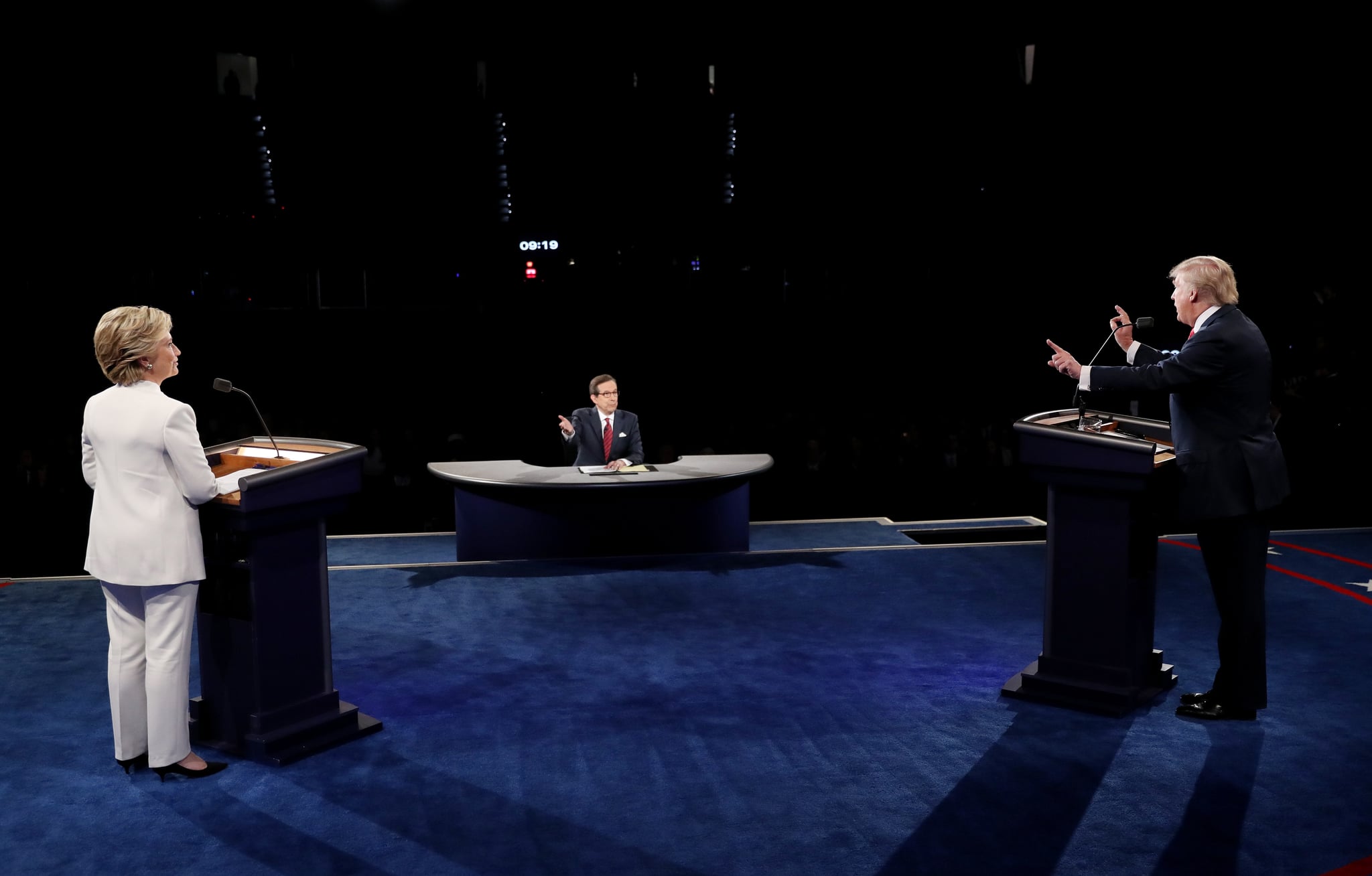 What happens in Vegas . . . is heard around the world — and definitely on social media. When Hillary Clinton and Donald Trump took the stage tonight for a final debate in Las Vegas, the discussion was characteristically heated. Trump's performance was no different, if not worse, than previous debates: he went as far as saying he might not accept the election's results.

The final presidential debate closed with several standout moments. According to Twitter, these were the most talked about.

1. When Clinton and Trump discussed his notorious comments about women.

2. When Trump suggested he might not accept the election results.

Donald Trump on whether he will accept election results: "I'll keep you in suspense, okay?" https://t.co/vXZGRz06zn https://t.co/00AD9GXS62

3. When Trump called Clinton a "puppet."

"You're the puppet" for Russia, Donald Trump tells Hillary Clinton at the final #Debate https://t.co/81dWV2nMPO https://t.co/51dniDzsdw