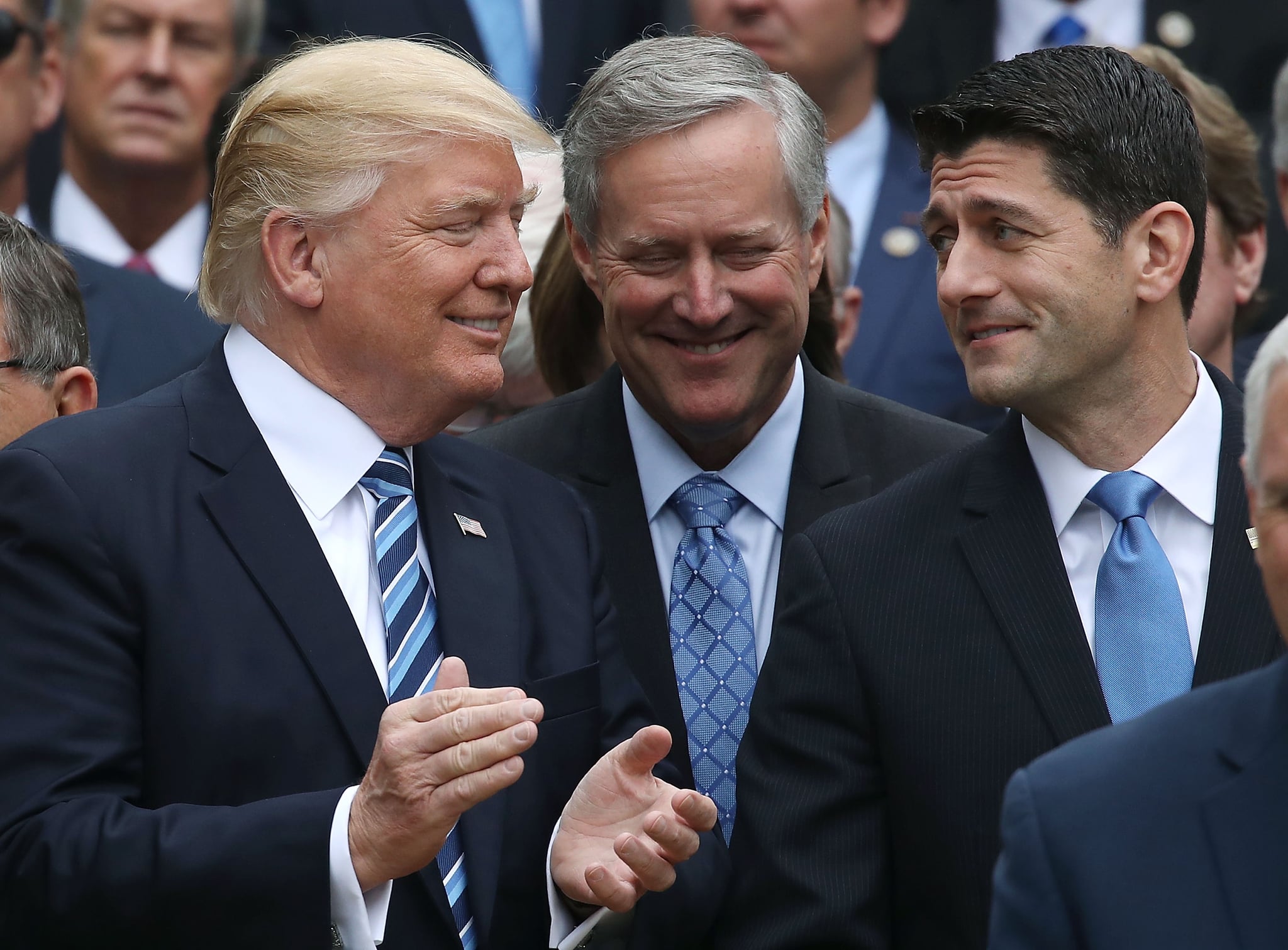 Donald Trump and Paul Ryan celebrated after the House passed the AHCA, but that win is only the first step.

"We're going to get this passed through the Senate. I feel so confident," President Donald Trump proclaimed from the White House on May 4, after the House of Representatives passed the American Health Care Act (AHCA). Yet that same day, senators from the president's own party announced that, instead, they'd start from scratch on their healthcare legislation — and take their time doing it.

"We're writing a Senate bill and not passing the House bill," explained Republican Senator Lamar Alexander. "Any bill that has been posted less than 24 hours — going to be debated three or four hours, not scored — needs to be viewed with suspicion," tweeted GOP veteran Senator Lindsey Graham, noting that the lower chamber of congress didn't even bother to wait for an assessment on cost and impact from the Congressional Budget Office (CBO) before voting yes. And when asked if there was a chance the Senate would pass the House's bill, fellow Republican Senator Bob Corker answered: "No. Zero." Not exactly a warm welcome. If this all seems confusing to those of us outside the beltway, we understand — and we have some answers about what it means and what the future of healthcare really looks like.

Related:
Another Day, Another Photo of a Bunch of Men Celebrating an Assault on Women's Health

What Needs to Happen for the AHCA to Become Law

The AHCA has scored public approval ratings around 17 percent. Compare that to a recent 55 percent approval rating for Obamacare, which is now more popular with American voters than President Trump himself. Putting aside the stark unpopularity of the House bill, it may be the inner workings of Congress that undermine it. Here's everything that needs to happen before President Trump truly gets his "win" on Obamacare repeal and replace:

The final vote might not come until after the 2018 midterm elections.

Despite the rigorous process, we shouldn't underestimate Republican lawmakers' ability to get something through, says Michele L. Swers, a professor at Georgetown University's Department of Government. "They have strong incentives to do it because the people who voted for them have been promised this since 2010." But questions remain about when an Obamacare replacement will actually happen and how extreme the final repeal will be. As of now, Senate leaders have suggested they will have a Senate bill by August. And Swers says there's reason to believe the final vote by both houses might not come until after the 2018 midterm elections. That means we'll be living under Obamacare for at least another year.

Who Could Get in the Way of the AHCA Becoming Law 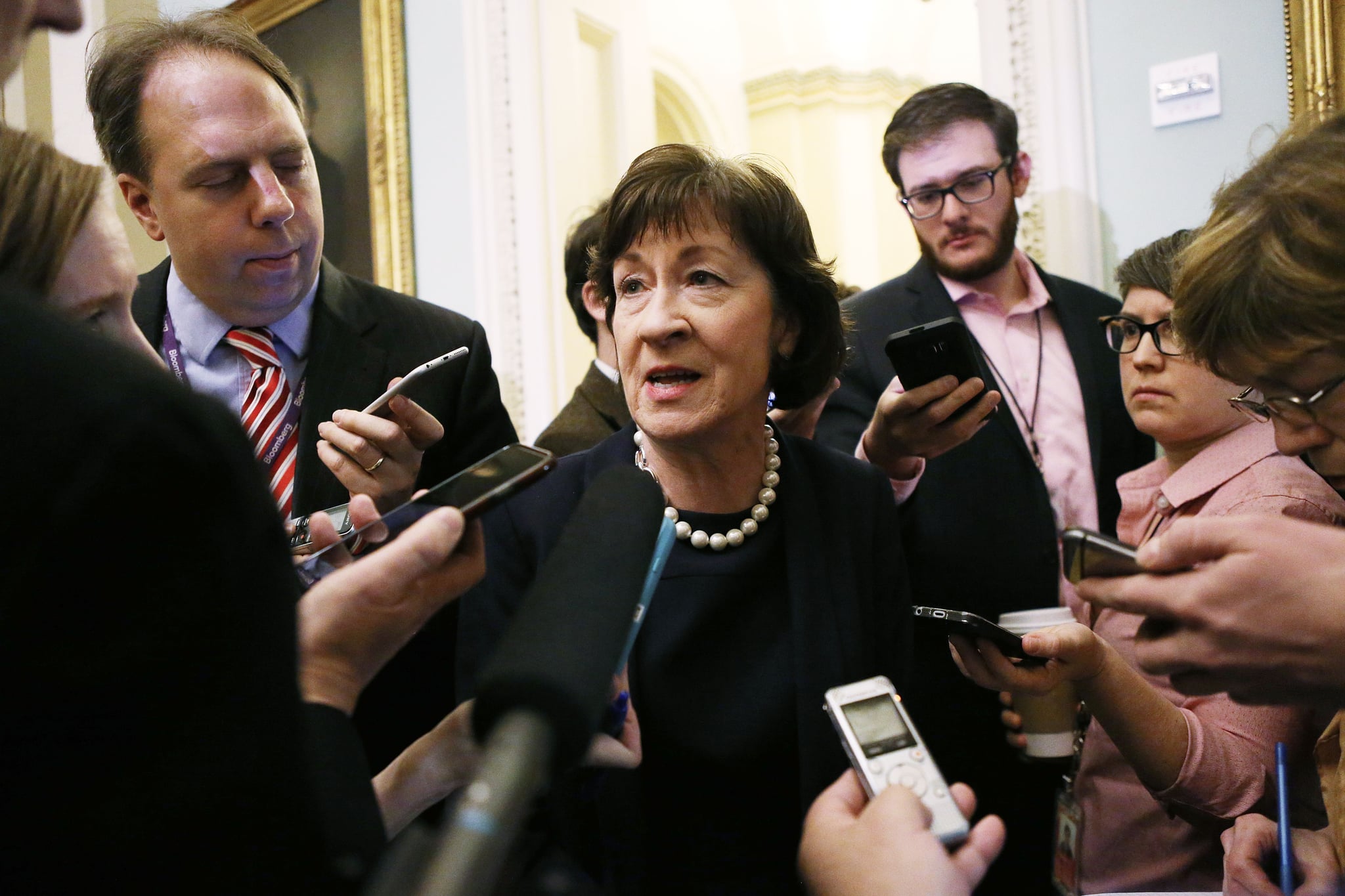 Senator Susan Collins is among moderate Republicans who could undermine the current AHCA.

Senate Majority Leader Mitch McConnell has assembled a working group of 13 men to put together the Senate's version, and the group includes some staunch conservatives, like Senator Ted Cruz. Despite that, most experts agree the AHCA will only get more moderate as it works through the Senate. That's because the rules and makeup of the Senate differ from the House, which can generally push things through easily with a simple majority. Here's a breakdown of forces that could get in the way of the AHCA's more conservative elements becoming reality:

As of now, the White House is backing off senators to let them do their jobs without a strict timeline. But as the Summer drags on, Trump could get itchy for another perceived win. "I think he will try to stay out of it, but then the process will proceed too slowly for him and he will be forced to tweet," explains Professor Swers. "The Senate moves very, very slowly, and he doesn't have a lot of patience or knowledge of the legislative process." If Trump pushes the Senate to act too quickly, like he did the first time with the failed push in the House, it could disrupt the process. In addition, Trump's off-message remarks on healthcare or other distractions (like the recent firing of FBI Director James Comey) could slow momentum.

Elizabeth MacDonough, the current parliamentarian, WAS appointed by McConnell in 2012. Think of her as the Senate's referee. The parliamentarian serves as an impartial adviser who determines what can and cannot be done under the Senate's reconciliation process, a process Republicans want to use to repeal Obamacare so they don't need to get 60 votes required to avoid a filibuster and thus support from Democrats. In order to qualify, a bill must only include a provision that directly affects the federal budget. If objections are raised by Democratic senators about specific provisions of the bill, the parliamentarian can rule on whether those provisions do in fact apply to the federal budget. If the parliamentarian rules that they are not relevant to the budget, then the provisions must be taken out. Or, the bill will need to go through the regular process and achieve 60 votes in the Senate, which is harder because Republicans only have 52 senators.

It appears that some key insurance regulations included in the AHCA may not meet the parliamentarian standard, which could undermine the feasibility of the entire bill. Of course, Republican senators could also change the rules. Swers points out that Trump is already agitating for the Senate to get rid of the legislative filibuster altogether, which means all Senate business could be passed with a simple majority and Republicans wouldn't have to worry about budget reconciliation rules. They also could choose to ignore rulings of the parliamentarian and decide that things are related to the budget even if the parliamentarian has ruled that they're not. "Both of those things would be setting new historical precedents," Swers cautions.

When assembling his working group for the Senate's healthcare bill, McConnell chose not to include any women on the panel. Swers points out that there are simply few female Republican senators to begin with (four to be exact). Even so, Republican Senator Susan Collins does have experience on healthcare and was nonetheless excluded from the working group. One explanation? Collins tends to be more moderate and favors funding Planned Parenthood, for example.

"When crafting the working group on healthcare, McConnell appeared more attentive to the views of the party leadership and the far right wing of the party and less attentive to trying to craft a bill that could get the support of more moderate members," explains Laurel Harbridge-Yong, a professor of political science at Northwestern University. This move could backfire. Yong says excluding moderate members may leave them feeling free to oppose the legislation, since they weren't involved in crafting it.

If you live in Maine, Alaska, Louisiana, Nevada, or Arizona, your senators may have the power to stop it.

Susan Collins isn't the only moderate senator who could vote no, or at least threaten a no vote as leverage to impact the bill. If you live in Maine (Collins's state), Alaska, Louisiana, Nevada, or Arizona, your senators may have the power to stop the AHCA as we know it. Remember: Republicans have have 52 seats in the senate and can only lose two Republican votes. Five senators from these states may have reason to defect. Susan Collins of Maine, Lisa Murkowski of Alaska, and Bill Cassidy of Louisiana are all considered maybe votes, due to their more moderate stances and history of not being swayed by national party unity over concern for local constituents. Then there are Dean Heller of Nevada and Jeff Flake of Arizona, who are up for reelection in 2018 in very competitive races. If any of these senators represent you, giving them a call to voice your opinion on the AHCA may have a real impact.

On top of this, Yong says the exclusion of women senators, who are not exclusively moderate, could have negative consequences. "Excluding women may hurt them in building a compromise as research and Senator's own statements indicate that women have often been more likely to reach compromises and consensus on a range of issues." In addition, Yong believes that "excluding women has a potentially harmful messaging effect, since it suggests the GOP does not care what this bill does for women's health." It's not a good look to have 13 men shape a bill that potentially deems sexual assault and C-sections preexisting conditions and drops maternity coverage from the list of mandatory coverage.

Related:
9 Secrets to Getting Congress to Listen, Straight From Someone Who Worked There

How the AHCA Could Change Beyond Recognition

Professor Yong says bringing the more moderate and conservatives sides of the GOP together is perhaps the major obstacle facing the AHCA. She notes that the the far right wants a full repeal — or at least major changes to even popular provisions. Moderates, on the other hand, may want to keep more coverage for preexisting conditions and reduce cuts to Medicaid found in the House bill. In fact, about a dozen Republicans in the Senate, including Rob Portman who is on the working group, have said they're concerned about cutting $800 million from Medicaid, as proposed in the House bill.

If the moderating forces in the Senate are successful in changing the AHCA to make it less extreme, it could find trouble making it through the House again. "Both the House and the Senate will need to pass the same bill," Yong explains. The House's conservative Freedom Caucus will ultimately have to agree to any changes that helped get the bill through the Senate. Speaker Paul Ryan and his members will likely be left with a choice: give up on a healthcare bill or pass something less pleasing to the far right.