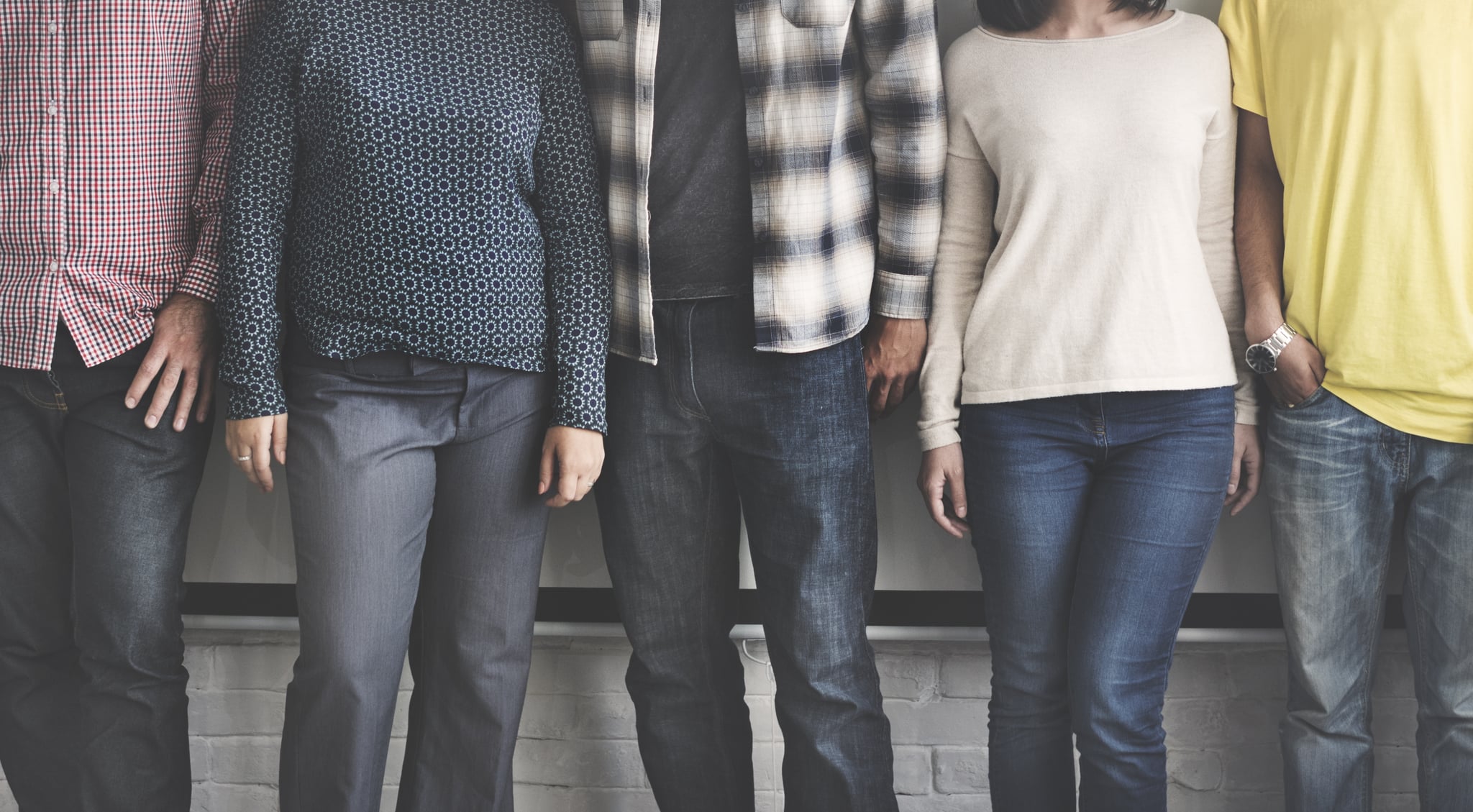 Whether it's thanks to Jazz Jennings, Caitlyn Jenner, or your own personal experience, the term "transgender" is undoubtedly on your radar. The definition is simple enough: an adjective "denoting or relating to a person whose sense of personal identity and gender does not correspond with their birth sex." And while transgender people have — of course — existed throughout history, the label "transgender" itself didn't pop up until the 1970s. In an attempt to clarify its meaning and its importance, experts coined another term about two decades later: cisgender.

"'Cisgender' means that the gender someone was assigned at birth ('male' or 'female') is the same as their actual gender," says Dr. Rachel McKinnon, assistant professor of philosophy and affiliate faculty in women's and gender studies at College of Charleston. "Conversely, 'transgender' means that the gender someone was assigned at birth is different from their actual gender." So a person who identifies as a man and also has "male" printed on his birth certificate may be described as cisgender, and the same goes for a person who was born female and identifies as a woman. But while some people think of transgender and cisgender as direct opposites, McKinnon is quick to point out an important distinction: "[They're] not necessarily 'opposite' since there are nonbinary genders," she says, referencing gender fluid persons.

The roots of cisgender

While experts generally agree that "cisgender" first came into use in the 1990s, there's a bit of debate over who originally coined the term. According to Julia Serano's book Whipping Girl: A Transsexual Woman on Sexism and the Scapegoating of Femininity, the term was first coined by a transsexual man named Carl Buijs in 1995. But others trace the word back to a year earlier when a biologist named Dana Leland Defosse used it in a university newsgroup.

"Like 'trans,' 'cis' has a Latin root," explains K.J. Rawson, an assistant professor in the English department at the College of the Holy Cross. "'Trans' means 'across, beyond, or on the other side of,' whereas 'cis' denotes 'on this side of.'"

McKinnon takes that explanation one step further, providing some additional context rooted in scientific subject matter. "Many trace the origin of the terms from the use of 'cis' and 'trans' in chemistry to name isomers of molecules," McKinnon says. "Particularly, when a molecule has a carbon-carbon double bond, and we want to know whether two parts of a molecule are 'on the same side as' (cis) or 'on the opposite side of' (trans) the double bond."

Use of the term

Serano had never heard of "cis" terminology when she started writing Whipping Girl in 2005, but after stumbling across a piece by feminist writer Emi Koyama, she realized a word existed that spoke to a common myth she'd been trying to debunk: that being transgender was somehow "less natural" or "less legitimate" than being nontransgender. Koyama's explanation of cis terms made sense to her, since she argued that labeling nontrans people was a way to "decentralize the dominant group, exposing it as merely one possible alternative rather than the 'norm' against which trans people are defined."

"Most uses of the term, as far as I can tell, are neutral in tone," Rawson says. "'Cisgender' is meant to describe experiences that contrast with 'transgender.' Of course, there has been a great deal of controversy surrounding the term, and many have strongly objected to it."

As writer Paula Blank points out in her Atlantic article, "Will 'Cisgender' Survive?", many have credited the term for implying commonality between transgender and nontransgender people and for serving as a reminder that people who experience a "match" between their body and their identity are more likely to have an easier time navigating the world. But opponents of the term have taken issue with the notion that cisgender women have more privilege than transgender women who were born male (and had the opportunity to experience all the privilege of being male in a patriarchal society). Others believe the term is inherently derogatory.

Related:
What Donald Trump Has Wrong About Transgender Americans Like Me

"'Unfortunately, some people continue to react negatively to being called 'cis' since they want to be referred to as 'normal,'" McKinnon says. "Some have gone so far as to call 'cis' a slur. But that is absurd. This is like someone saying, 'I'm not a white woman! I'm just a woman! "White" is a slur!'"

Despite the criticisms, "cisgender" appears to be a word with staying power. Besides its addition to the Oxford Dictionaries, "cisgender," along with "cis male," "cis female," "cis," and more, is one of many gender identification options on Facebook. "The term has definitely increased in usage over the past two decades," Rawson says. "It may not be a perfect term, and some backlash to derogatory uses of the term may be justified, but its rapidly increasing use suggests that people do need a way to describe the experience of having your birth-assigned gender align with your continuing gender identity."