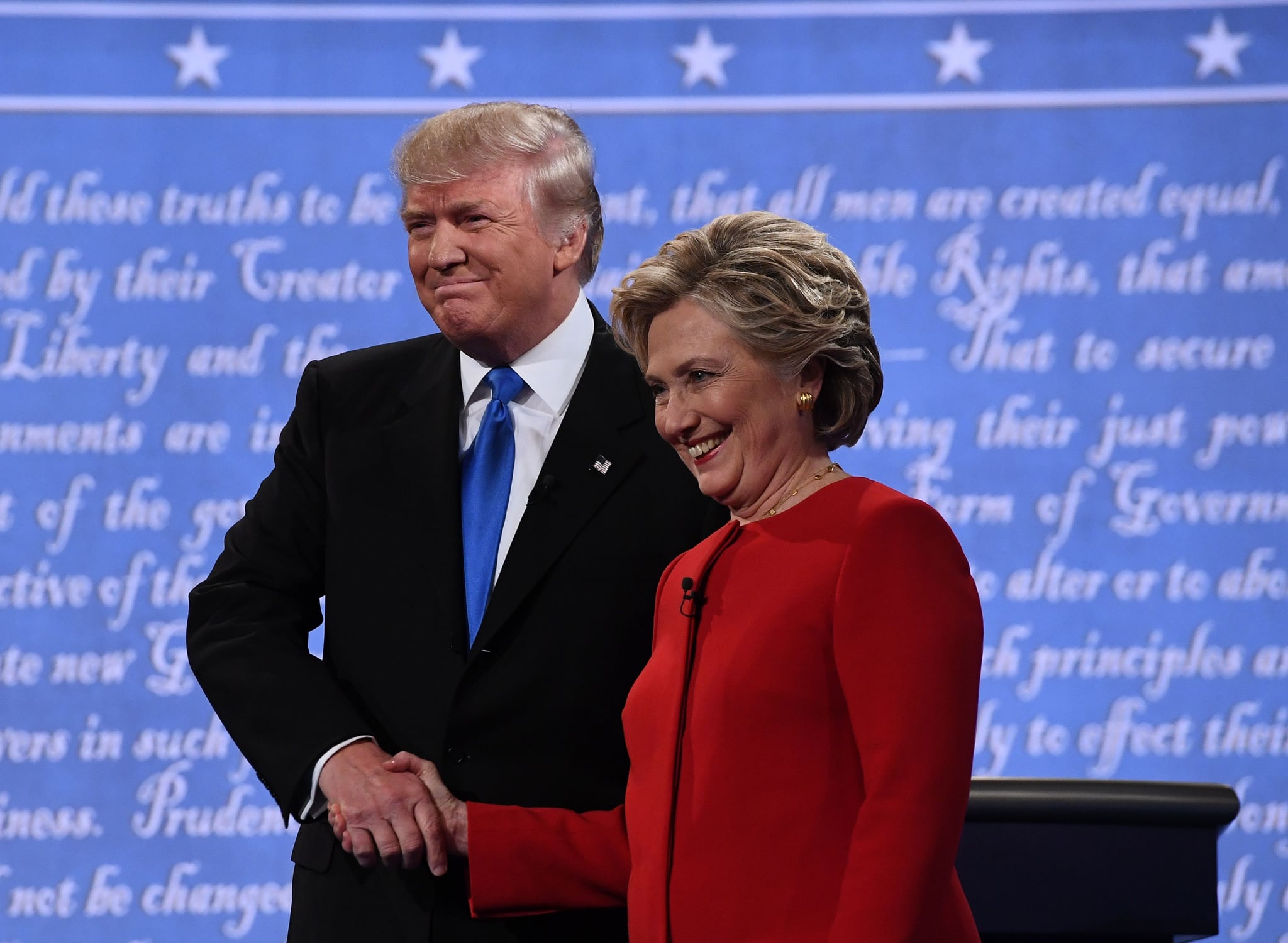 Monday night, Hillary Clinton and Donald Trump faced off at Hofstra University in New York in the first presidential debate of this year's election, and sparks most definitely flew. The candidates debated about ISIS, cybersecurity, family leave, and tax policy, and, yes, even spawned memes like #TrumpSniffles. Check out the most widely discussed moments from the contentious night with these three most talked-about moments on Twitter — according to Twitter itself.

3. Trump and Clinton exchange over plan for defeating ISIS.

Clinton and Trump square off over ISIS in one of many heated moments from the first presidential debate. #debatenight #election2016 pic.twitter.com/uYTK1ZpqqI

2. Trump comments on stop and frisk.

Watch debate moderator @LesterHoltNBC and @realDonaldTrump go back and forth about stop-and-frisk. pic.twitter.com/5edkdW0zdp

1. Trump says he has "good temperament."

.@realDonaldTrump: "I have a much better temperament" than @HillaryClinton https://t.co/LFGeC7wIJD #Debates https://t.co/iGrxuT0wzx