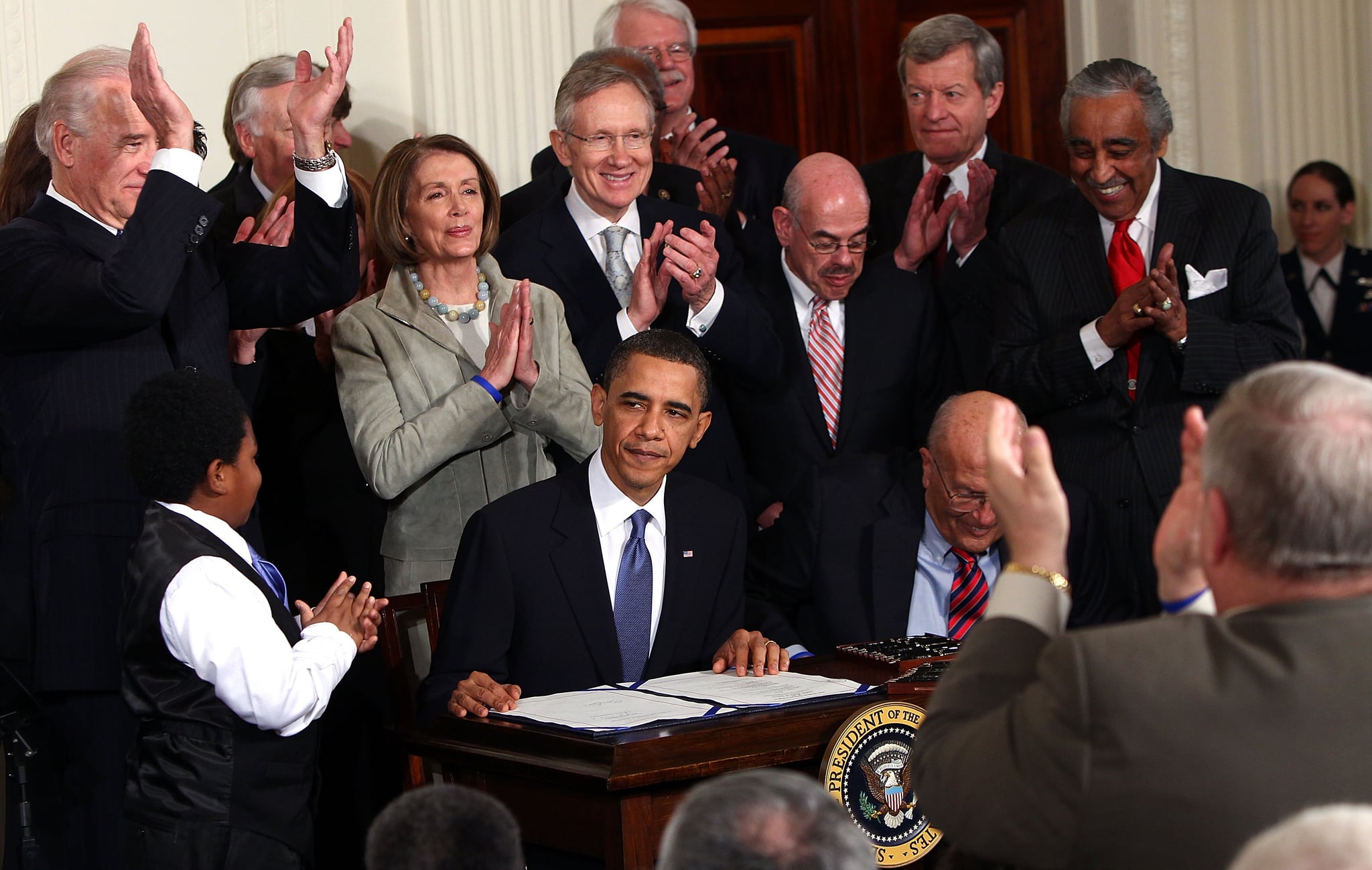 US President Barack Obama is applauded after signing the Affordable Health Care For America Act during a ceremony with fellow Democrats in the East Room of the White House on March 23, 2010, in Washington DC.

The debate over healthcare in this country is far from over, and it's clear from President Donald Trump's tweets that he is still determined to see the Affordable Care Act (ACA) repealed and replaced. However, as the conversation continues around ACA — better known as Obamacare — it looks like some Americans are still unsure over what the exactly bill contains and does for citizens. So before you write off Obamacare, take a deep dive into its history and what it's done for the country.

When did Obamacare pass?

The ACA was signed into law on March 23, 2010, by then-President Barack Obama. However, it faced another hurdle in 2012, when its fate was left in the hands of the US Supreme Court. The court ruled the law was constitutional but did strike down a part of the law that required states to participate in expanding the Medicaid program, spelling an overall victory for the legislation.

Related:
It Looks Like the President Is Confusing Health Insurance With Life Insurance

What are some of the key parts of Obamacare?

The signing of Obamacare also led to the introduction of the ACA marketplace (also called the healthcare exchange), which allows Americans to buy private insurance if their employer does not provide it.

What are the goals of Obamacare?

According to HealthCare.gov, Obamacare has three main purposes: to ensure that more people have health insurance, expand the Medicaid program, and "support innovative medical care delivery methods designed to lower the costs of health care."

In short, the ACA has helped millions of Americans get health insurance coverage. According to the National Center for Health Statistics, only 28.6 million Americans were without health insurance in 2016, compared to the 48 million in 2010. However, critics of Obamacare believe it costs people too much money and point to examples of rate increases and say the requirement to purchase insurance infringes on the lives of people and businesses. This reflects a fundamental difference in conservative and liberal views: liberals tend to view health care as a right, while conservatives largely think health care and insurance coverage should be up to individuals.