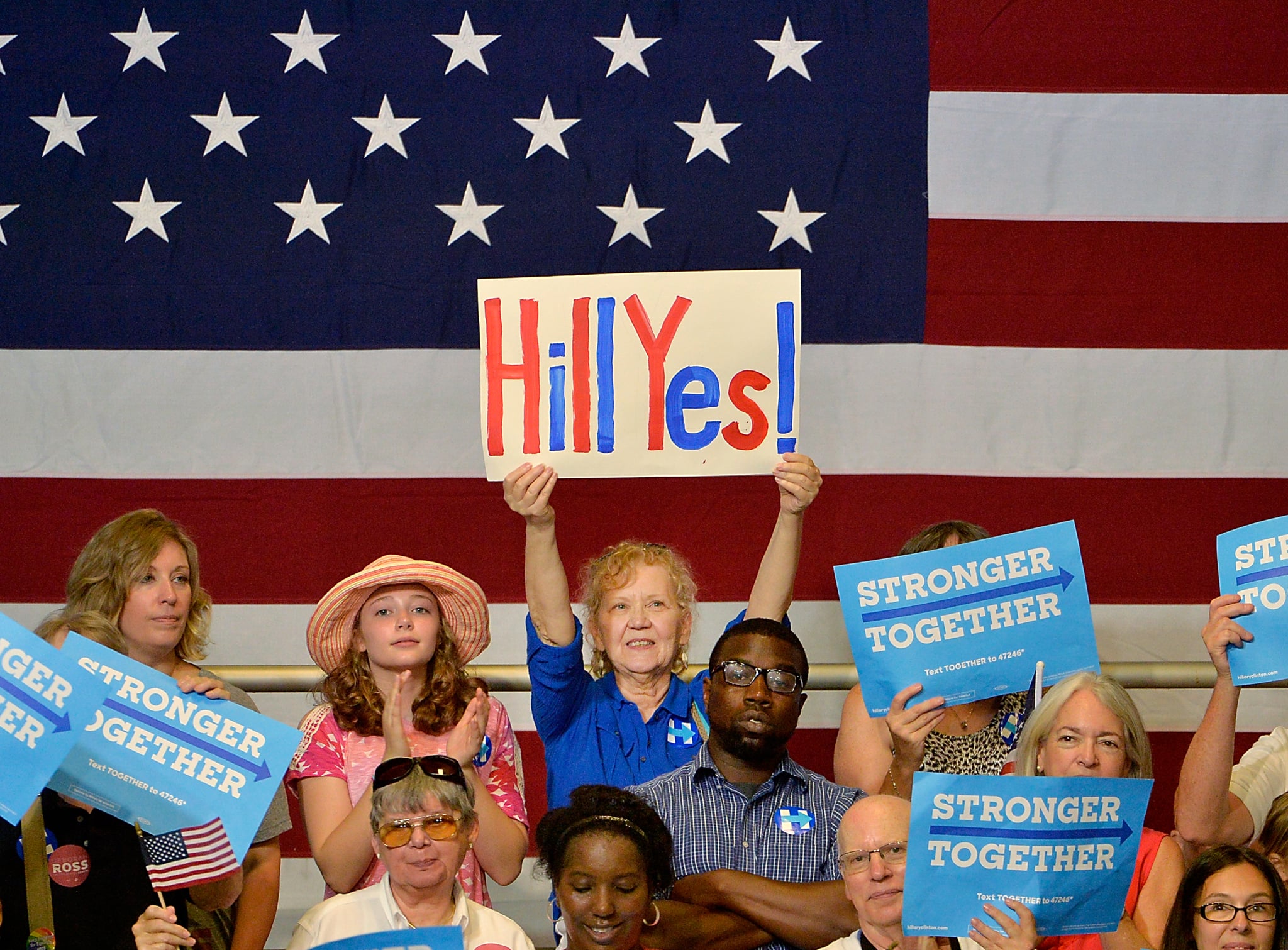 A few words from a recent Medicare inductee to my exuberant, unstoppable millennial girlfriends: you, lucky you, may have many women presidents in your lifetime. I hope you do. I hope our country does.

But I want to explain why older women are crying about Hillary Clinton's nomination.

When I was a kid, women could be teachers or nurses. That was pretty much it. (Yes, there were exceptions but not many.) That was the '50s.

My mom was allowed to teach when she was single, even when she was married. (That was considered progress.) But not once she had kids — not in our town anyway. The neighboring town was more welcoming and my mom was a beloved first-grade teacher there for 31 years.

When I applied to college in 1969, I got into Wellesley early admission. Only late that fall did Yale (and many other schools) allow women to apply.

I want you to know how quickly things changed for women in the '60s.

"When I was a kid, women could be teachers or nurses. That was pretty much it."

For most of my years in college, there was no Roe v. Wade as the law of the land. If someone needed help, a friend or a classmate would have to drive them to Connecticut because abortion was illegal in Massachusetts.

After college, I spent some time as a young researcher/reporter at Fortune magazine. Not really a fit for me. There were only two women editors. We revered them. I can still remember their names: Wyndham Robertson and Carol Loomis. But the best of my young group? They hit a glass ceiling. So they switched to Forbes magazine because it gave women more opportunities, instead of waiting, waiting, waiting while less qualified men got promoted at Fortune.

Soon after my reporting days, I moved abroad and realized how lucky we American women had it. When we would come back to the US on home leave, my husband would say, "Please don't kiss the customs agent."

I love this country madly, deeply. This, to me, is the best country in the world to be a woman in. (I know there are other countries that are good to their women, too.) But it got a little bit better when Hillary was nominated to be the first woman president. And that's why so many of us have tears in our eyes.

Personal Essay
I Weathered the Winter Storm in Texas, but It Left My Anxiety at an All-Time High
by Sydni Ellis 13 hours ago

Personal Essay
How I'm Working to Regain My Sense of Smell, Nearly 6 Months After Having COVID-19
by Leeny Sullivan 5 days ago