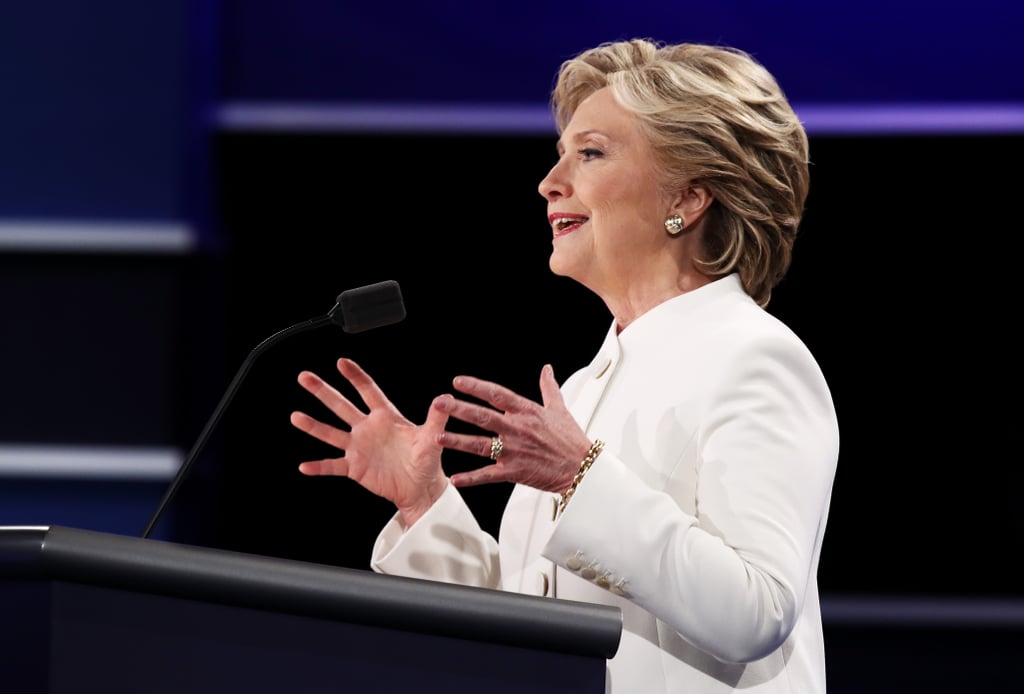 During the third presidential debate on Wednesday night, Hillary Clinton went through her plans for the future. But in a strong political statement, her white pantsuit was a nod to the past. After previously wearing white at the Democratic National Convention a few months ago, Hillary decided to bring back the historically important color.

As the Congressional Union For Woman Suffrage wrote in their mission statement in December 1913, "White, the emblem of purity, symbolizes the quality of our purpose." By wearing white, Hillary subtly acknowledged her role in helping break the final glass ceiling as the first woman nominated as a major party's presidential candidate. Keep reading to see the photos of Hillary at the debate and support her message for women.