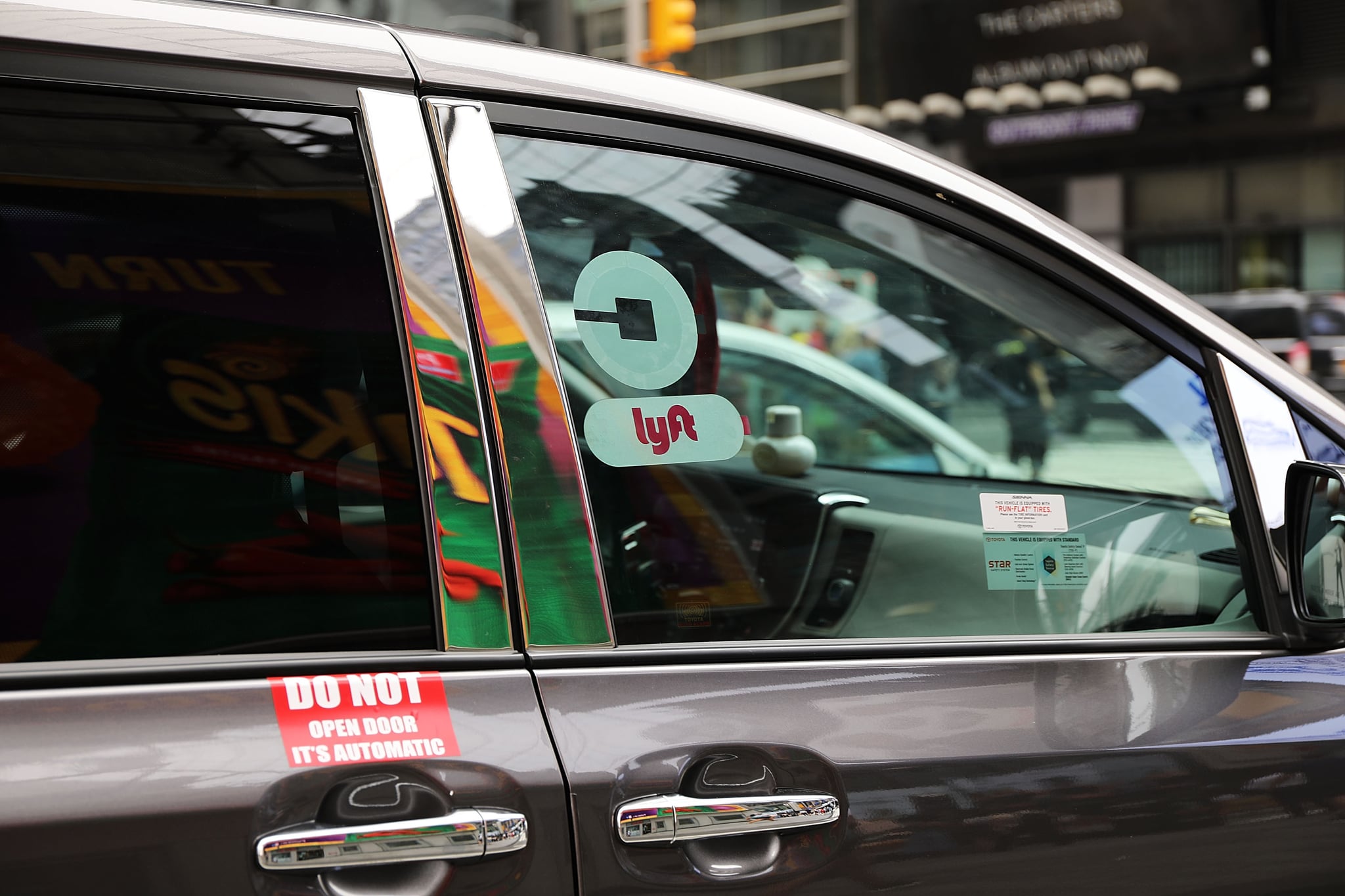 Several days after Texas's alarming new abortion law went into effect, Lyft and Uber announced plans to help their drivers who are financially impacted by it. The restrictive law not only bans abortions after six weeks of pregnancy — a time at which most people are not even aware they're pregnant — but it also allows everyday citizens to sue anyone who helps an individual obtain an abortion, whether it be their friend, doctor, family member, or even the person who drove them to the clinic. Anyone who "aids and abets" an abortion after six weeks can be fined up to $10,000.

On Friday, Lyft stated that it created a Driver Defense Fund to cover 100 percent of the legal fees for all drivers who have lawsuits brought against them under SB 8. "We want to be clear: Drivers are never responsible for monitoring where their riders go or why," the blog post reads. "Imagine being a driver and not knowing if you are breaking the law by giving someone a ride. Similarly, riders never have to justify, or even share, where they are going and why. Imagine being a pregnant woman trying to get to a healthcare appointment and not knowing if your driver will cancel on you for fear of breaking a law. Both are completely unacceptable." The statement also declared that Lyft is donating $1 million to Planned Parenthood "to help ensure that transportation is never a barrier to healthcare access."

Hours later, Uber CEO Dara Khosrowshahi followed Lyft CEO Logan Green's lead, tweeting, "Right on @logangreen - drivers shouldn't be put at risk for getting people where they want to go. Team @Uber is in too and will cover legal fees in the same way. Thanks for the push."

Uber and Lyft aren't the only big-name companies taking a stand in the wake of SB 8's enactment. Dating apps Bumble and Match, both led by women and based in Texas, launched relief funds to financially assist Texans affected by the law. Meanwhile, website hosting service GoDaddy shut down a site that allowed people to anonymously report suspected abortions in Texas. If you're looking for ways to support abortion access in Texas right now, regardless of where you live, we've got you covered with five ideas here.