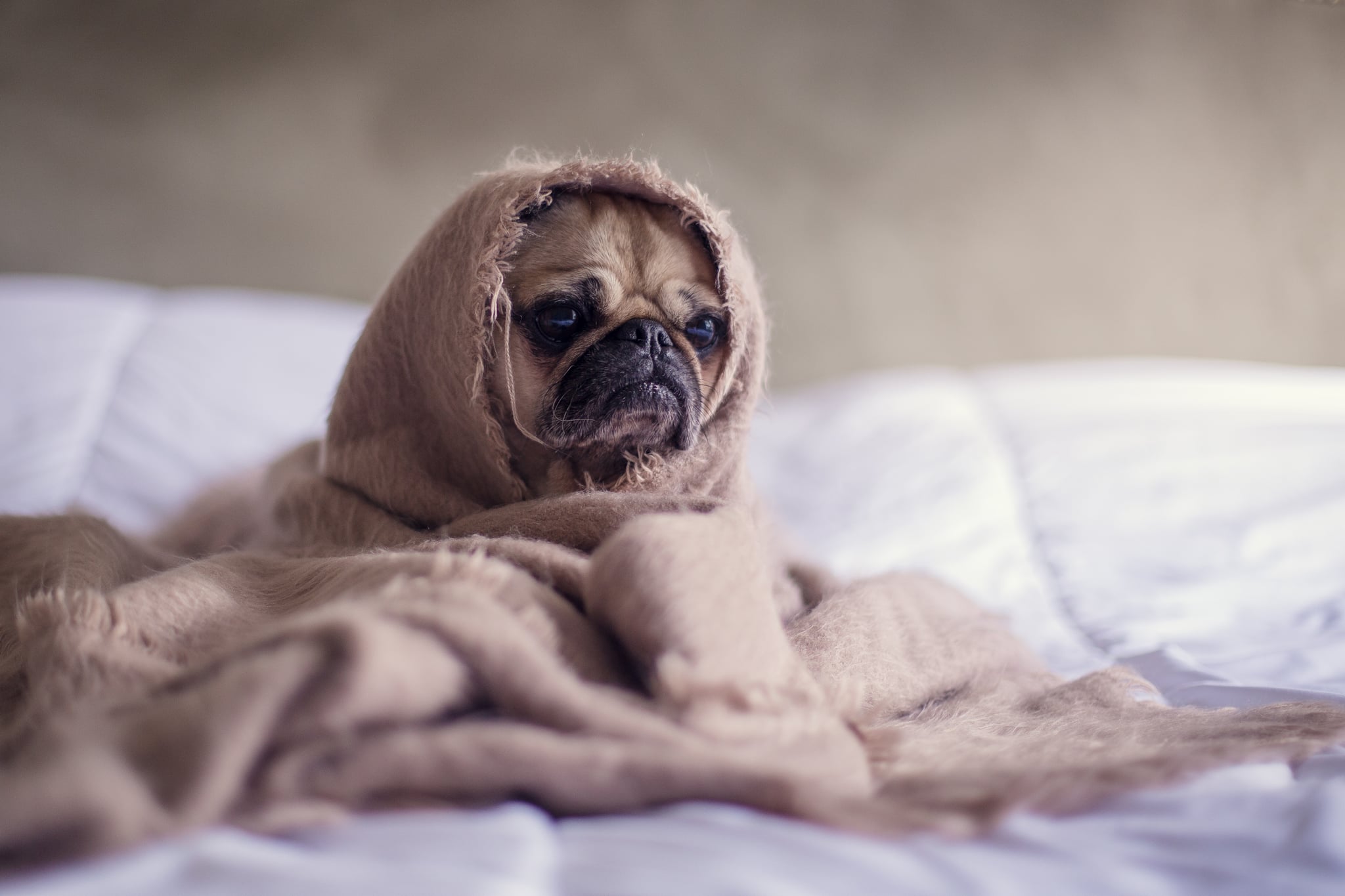 I used to love fireworks. I loved the high-pitched whirring as a hint of something was catapulted into the night sky, then a crackle and a pop before a kaleidoscope of booming colors exploded in the air high above me.

Every Fourth of July, and every night of the week leading up to it, we go through the torture of watching our pup have a persistent panic attack.

Listen, I still love fireworks. But my anxious fur baby doesn't. Whenever she detects them (which is often well before I hear them), she starts shaking so much that she looks blurry. She'll run to her nearest hiding place — behind a toilet in the bathroom or under my bed. That is, after she's peed herself in fear. I've tried anxiety-reducing weighted vests and "Thunder Shirts" on her tiny 14-pound frame, but she won't stop vibrating, panting, and twitching until hours after the last firecracker has been launched.

And so now, every Fourth of July, and essentially every night of the week leading up to the firework-ridden holiday, we go through the torture of watching our pup have a persistent panic attack. I know we aren't alone — the explosions caused by fireworks have been reported as giving pets heart problems, nausea, tremors, and light-headedness, nevermind undue "acoustic stress."

This year, my vet recommended some all-natural mood-calming chewable doggie sedatives that I'm going to try, but I have a feeling that nothing short of puppy Prozac (which I'm strongly considering at this point) is going to help.

Turns out, there is one other option: I could move my family to the Italian town of Collecchio, where the local government enforces a law requiring all citizens to use "silent" fireworks out of respect for animals, both domestic pets and wildlife (did you know chickens produce fewer eggs after a firework display?).

These silent fireworks aren't even new — the town of Collecchio has used ones produced by a company called Setti Fireworks for years, but the technology has been in existence for at least three decades. Many mainstream firework shows even employ some quiet ones to offer additional visual effects alongside the loud banging explosions.

OK, I'm not actually going to relocate to Italy, but animal owners, wouldn't it be amazing if this trend caught on? I know that the likelihood of my local firework display switching to silent mode this year (or next) is as unlikely as those chewable doggie sedatives working, but if you've got an anxious pet — or, say, an infant with a 6 p.m. bedtime or a toddler with audio-visual sensitivities ± it's important for you to know that a solution to the triggering effect of fireworks does exist.

And if you want it for your beloved baby, fur or otherwise, that's something you shouldn't be silent about.