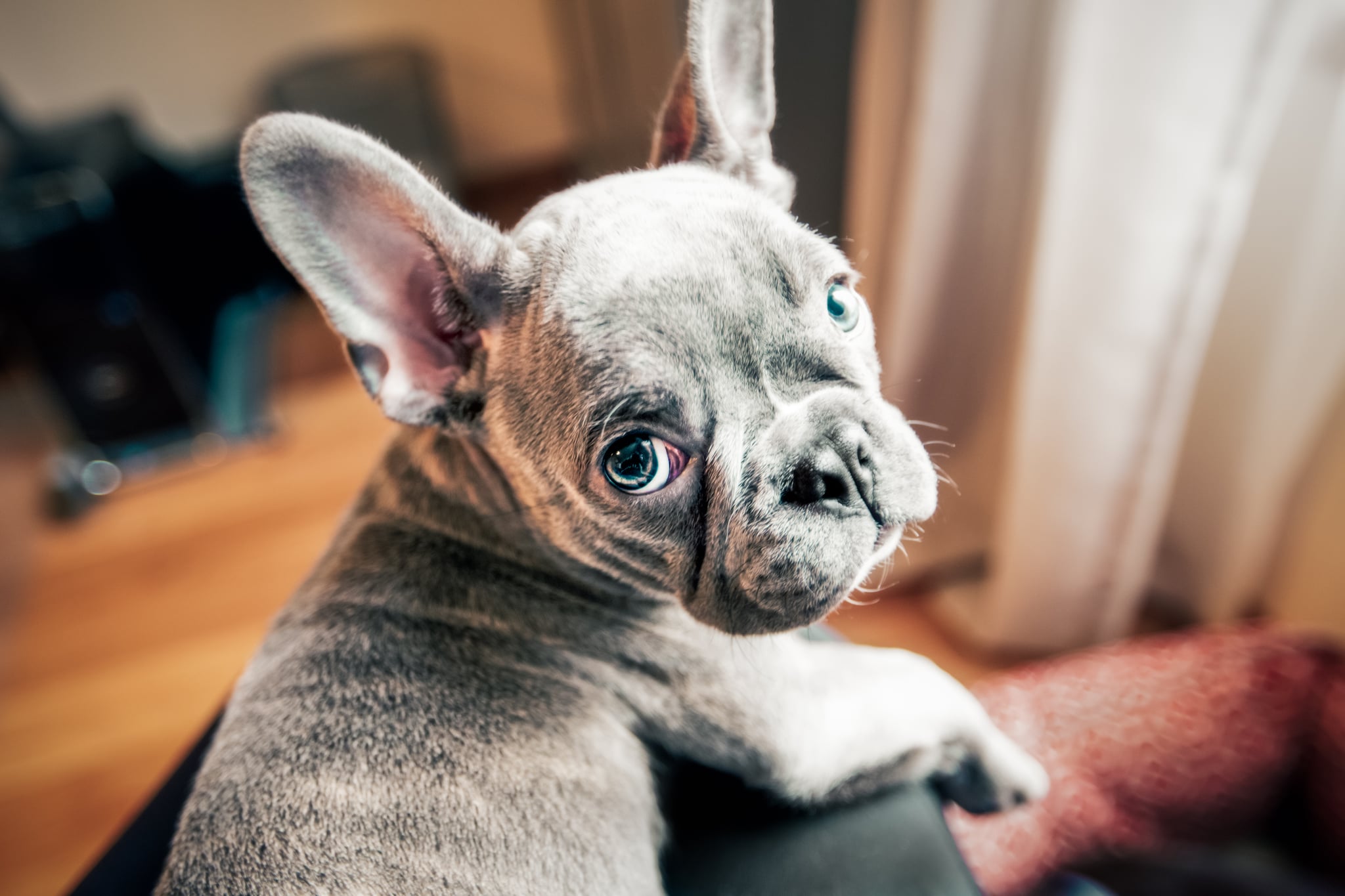 For a people-pleaser like myself, I have always hated the idea of anyone disliking or getting mad at me. Now that I'm a new puppy owner, I've learned those insecurities transfer over to my dog as well. After scolding my puppy for nipping and biting at me, I turned to my fiancé and asked, "Do you think he's mad at me?" He scoffed a bit, but my worrying lingered. Can my attempt to train our puppy backfire if he resents me for it?

After a few weeks of owning our puppy, Chester, I noticed that my fiancé had become the disciplinarian, yet Chester still showered him with kisses and jumped in excitement whenever he entered a room. I was curious just how similar my pup's emotions are to my own, so I reached out to a few experts to get their thoughts on the matter.

Related:
Yes, Your Dog Can Get Depressed — Here Are the Signs to Watch Out For

Do Dogs Experience the Same Emotions as Humans Do?

The short, not-so-clear-cut answer is: yes and no. Danielle Mühlenberg, dog behaviorist and creator of the blog Pawleaks, explained that there are two categories of emotions: primary and secondary. Primary emotions include fear, joy, and sadness. Secondary emotions (like envy, jealousy, shame, and guilt) require higher cognitive capacities and are not ones dogs can feel, according to most experts. However, a recent study on jealousy in dogs suggested that dogs do actually display behaviors from this secondary spectrum to some degree. I've seen this firsthand when my parents' labradoodle gets all flustered when my mom hugs anyone who isn't him!

POPSUGAR spoke with Lillian Ciardelli, an associate certified applied animal behaviorist (ACAAB) at Behave Atlanta, who explained that while some people are hesitant to attribute human characteristics or behaviors to animals, it can be useful to help us dog owners understand their behavioral expression. "The parts of the human brain that are activated during strong emotional responses are also present in dogs, so it's likely that they are also experiencing emotional responses when those areas are activated in their brains. We can't know their subjective experience, but we can use behavior and body language as clues," she said.

Brian Hare, PhD, a professor of cognitive neuroscience at Duke University and the founder of the Duke Canine Cognition Center, argued that dogs and humans are similar because of one particular emotion: friendliness. Both dogs and humans have the shared emotional ability to be friendly, which attributes to their success.

"Holding a grudge requires that your dog remembers a negative event that someone causes, and then potentially seeks revenge," Dr. Hare explained to POPSUGAR. "While dogs might try to avoid or protect themselves from someone who has frightened them, there is no evidence they intentionally exact revenge based on the memory of past harm."

Ciardelli compared a dog's emotions in negative situations to when we stub a toe. In the short term, there are brief feelings of anger or frustration, but "dogs are not going to continue thinking about and remembering it," she explained. "They do not hold grudges or have resentment in the same way we do." So while our dogs may remember the feelings associated with that event or person if they encounter it or them again, they won't be stewing over it and plotting their revenge!

"Dogs are species that really live in the moment and are very forgiving," Evan Antin, DVM, explained to POPSUGAR. "I have worked with dogs that come from psychological and physical abuse, and the fact that they can still turn around and love people shows just how forgiving they are."

Should I Avoid Punishing My Dog If They Misbehave?

All of the experts agree that while punishment might not lead directly to anger, it should be avoided when training a dog. "Your dog might be stressed or frightened and learn bad habits or even hurt themselves if you rely on punishments to train them," Dr. Hare explained. Instead, use positive reinforcement when training. "You must reward their desired behavior within two seconds so when they get the reward, they associate it with the behavior they have just done," Dr. Antin said.

While negative punishment can create fear and anxiety, negative reinforcement can be useful, Dr. Antin explained. This is simply not rewarding a behavior. For example, if your dog barks, instead of punishing the behavior, simply disengage. Just get up and leave. Ciardelli also recommended rewarding your dog for doing a desired behavior, as opposed to punishing or yelling at them for an undesirable one. For example, if your dog jumps up on a guest, don't yell. Move the dog away, have them sit, then allow the guest to approach the dog. This is rewarding the appropriate behavior — and won't leave you with any guilty feelings, either!