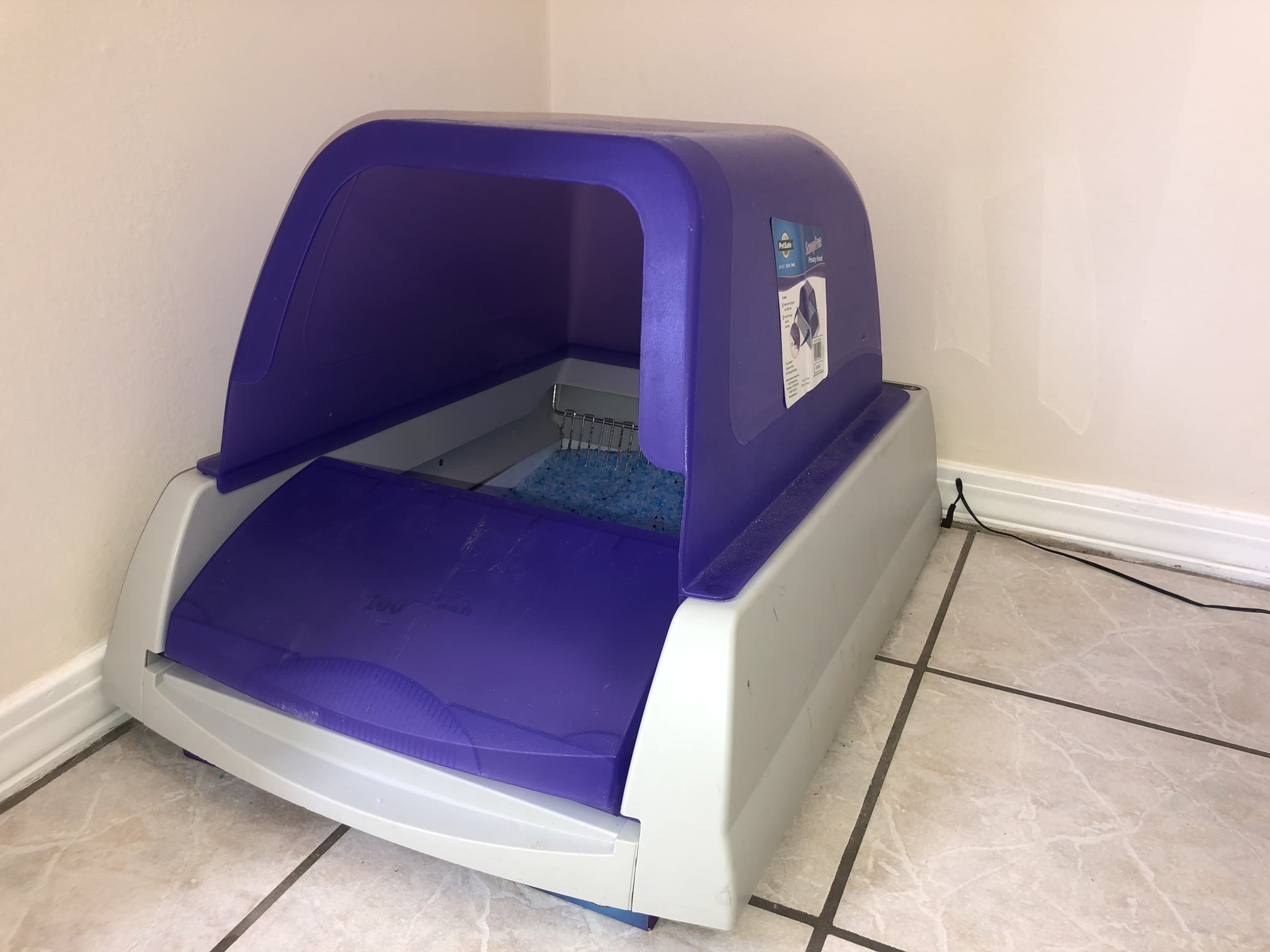 My entire life, I've grown up with dogs. I'm used to taking care of dogs — playing with them, bathing them, letting them out throughout the day so they can do their business. A few months ago, a friend asked if I wanted to adopt his cat. He was moving, and his new living circumstances didn't allow for his cat to come with him. I just couldn't say no. I'd never had a cat before, but I was up for the challenge, even if it meant scooping his litter box every day to avoid that yucky scent they tend to leave behind. (If you know, you know.)

Cleaning the litter box used to be a challenge for me. I hated how much litter I felt like I was wasting, and if I didn't stay on top of cleaning it, the entire house seemed to smell like my cat. Then, I was introduced to something that made owning a cat (and cleaning up after him) a million times easier: the self-cleaning litter box.

Long over are the days of scooping dirty litter into a trash bag. With the ScoopFree Ultra Self-Cleaning Litter Box ($170), cleaning up after my cat is as simple as plugging in a cord and changing a tray of litter every two or three weeks. Seriously, it couldn't be easier.

The litter box has an automatic, mechanical rake that scoops clumps of litter into a separate compartment 20 minutes after your cat uses the litter box. The rake even senses waste left behind and then scoops it out long after your cat has left the box. The crystal cat litter, packed in a convenient disposable litter tray, doesn't smell up the room either. ScoopFree says the litter is five times more effective at absorbing urine and dehydrating waste — I'm not sure about the math, but it certainly does a great job for me.

The disposable litter tray is even made of thick plastic that protects against leakage and provides an easy, convenient, hygienic cleanup. You can even put a privacy hood on the top so your kitty can do their business without drawing attention to themselves. My cat's box has a privacy hood on top of it, and it makes him feel more secure.

If you dread litter-box cleanup as much as I do, I urge you to stop spending time cleaning up after your kitties and instead plug in a cord, set the litter tray down, and let the machine do its magic for the next few weeks. Trust me when I say that you need this litter box. I've only had it for a few months, but I'll never go back.