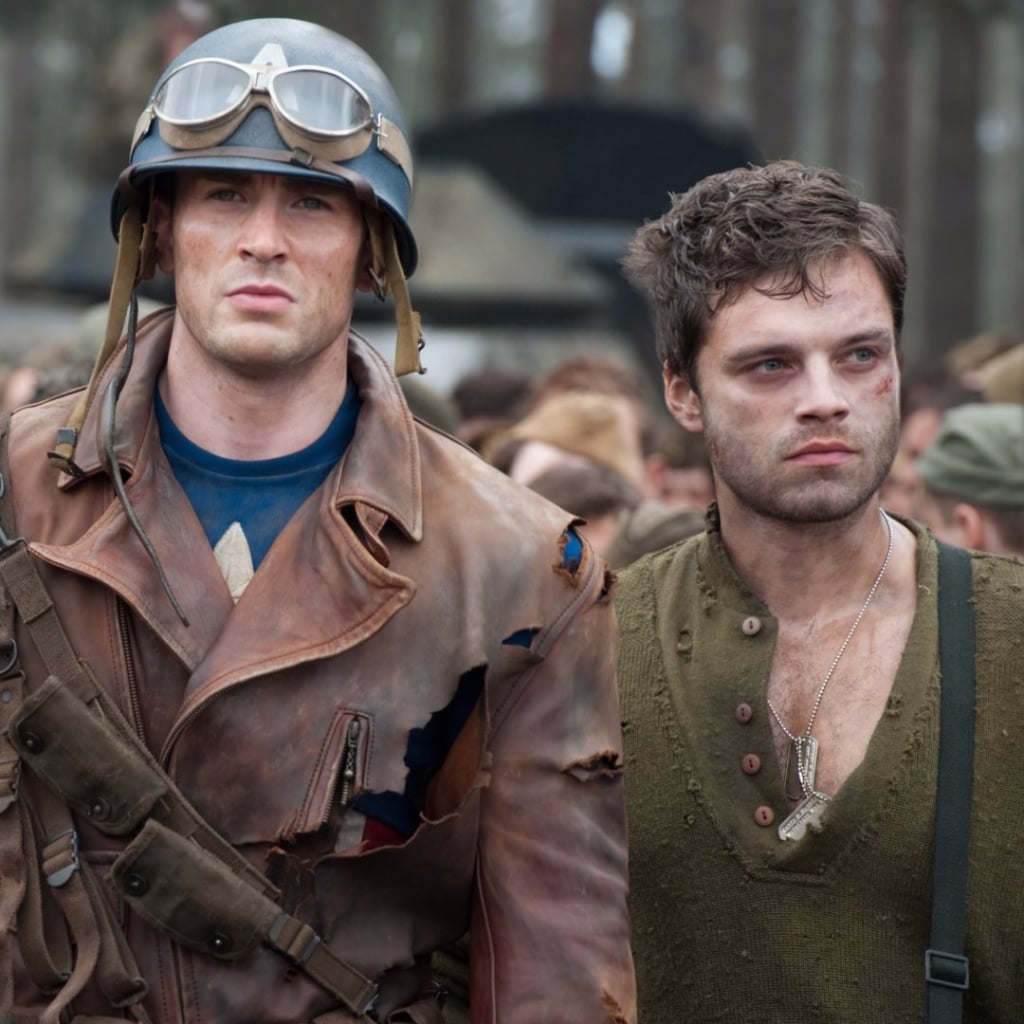 An Ode to Captain America and Bucky Barnes, the Most Perfect Boyfriends in Marvel History

When the hashtag #GiveCaptainAmericaABoyfriend started trending on Twitter, there were two camps: the "huh?" crowd who never entertained the idea of the Marvel superhero in a same-sex relationship, and the "Stucky" fandom, which responded with a resounding "YES, FINALLY!" Devotees of Stucky (a nickname for the romance between Steve Rogers and Bucky Barnes) have shipped it since the very first Captain America film . . . and it seems that, finally, the rest of the world is beginning to agree with them.

There are a couple of wildly popular same-sex ships in the Disney universe — most notably Poe Dameron and Finn (aka "FinnPoe") from Star Wars: The Force Awakens and Frozen's Queen Elsa with an unintroduced girlfriend. But the Stucky fandom was rooting for their favorite characters far before the other ships came into play, so it's about time that Captain America and his rightful boyfriend got some public recognition.

Bucky Barnes and Steve Rogers started as childhood friends before tragedy separated them — then brought them back together, then separated them, and then finally brought them back together again. (Whew!) Their relationship has been the focus of three separate Marvel films, and the interactions between Captain America (Steve) and the Winter Soldier (Bucky) have driven the internet wild ever since. Here is some of the most perfect proof that Stucky is meant to be and that Captain America already has a boyfriend . . . he's been there the whole time!

by Alexis Jones 57 minutes ago