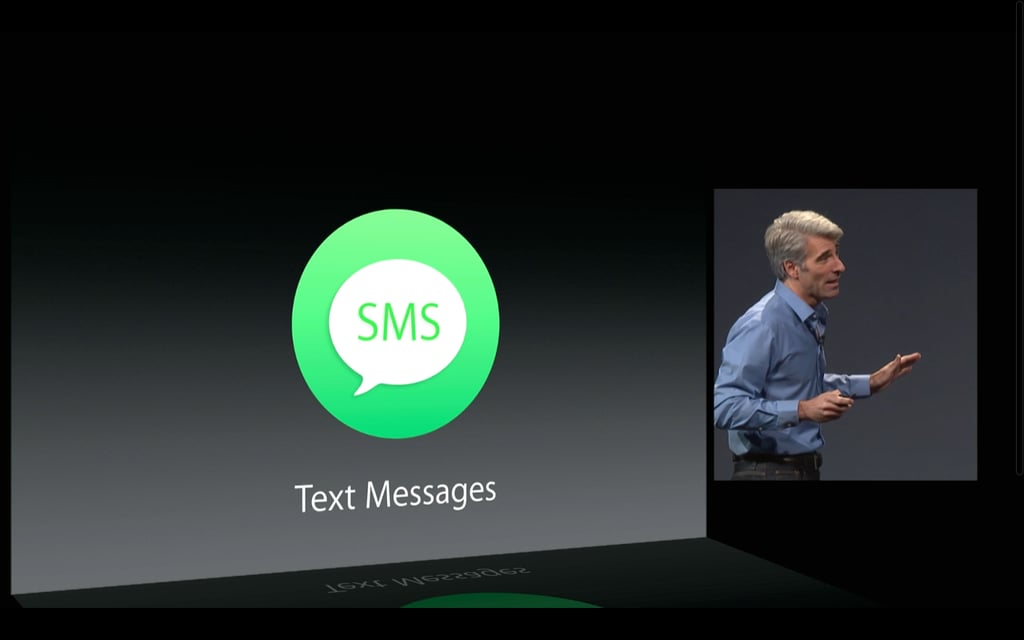 It Just Got Way Easier to Text Your Android Friends

BEST NEWS EVER. Today at Apple's big developer conference, WWDC, iPhone users cheered at the company's latest announcement: the ability to text and call any number — even Android ones! — from your Mac desktop. Previously, Messages for Mac was limited to just iMessage. Now, any SMS or text you receive on your iPhone will arrive on your Mac, with the latest operating system, Mac OS X Yosemite.

The same goes for calls. Any incoming calls will appear as a notification on the Mac. You'll see a caller ID and the ability to answer it — right from your computer. Every Mac user who's used Google Voice has a pretty big smile on their face right now. The new feature will arrive soon with the shipment of Mac OS X Yosemite (version 10.10), which will be free for all Mac users this Fall, though developers get the new OS today. Follow us on Twitter for more updates.