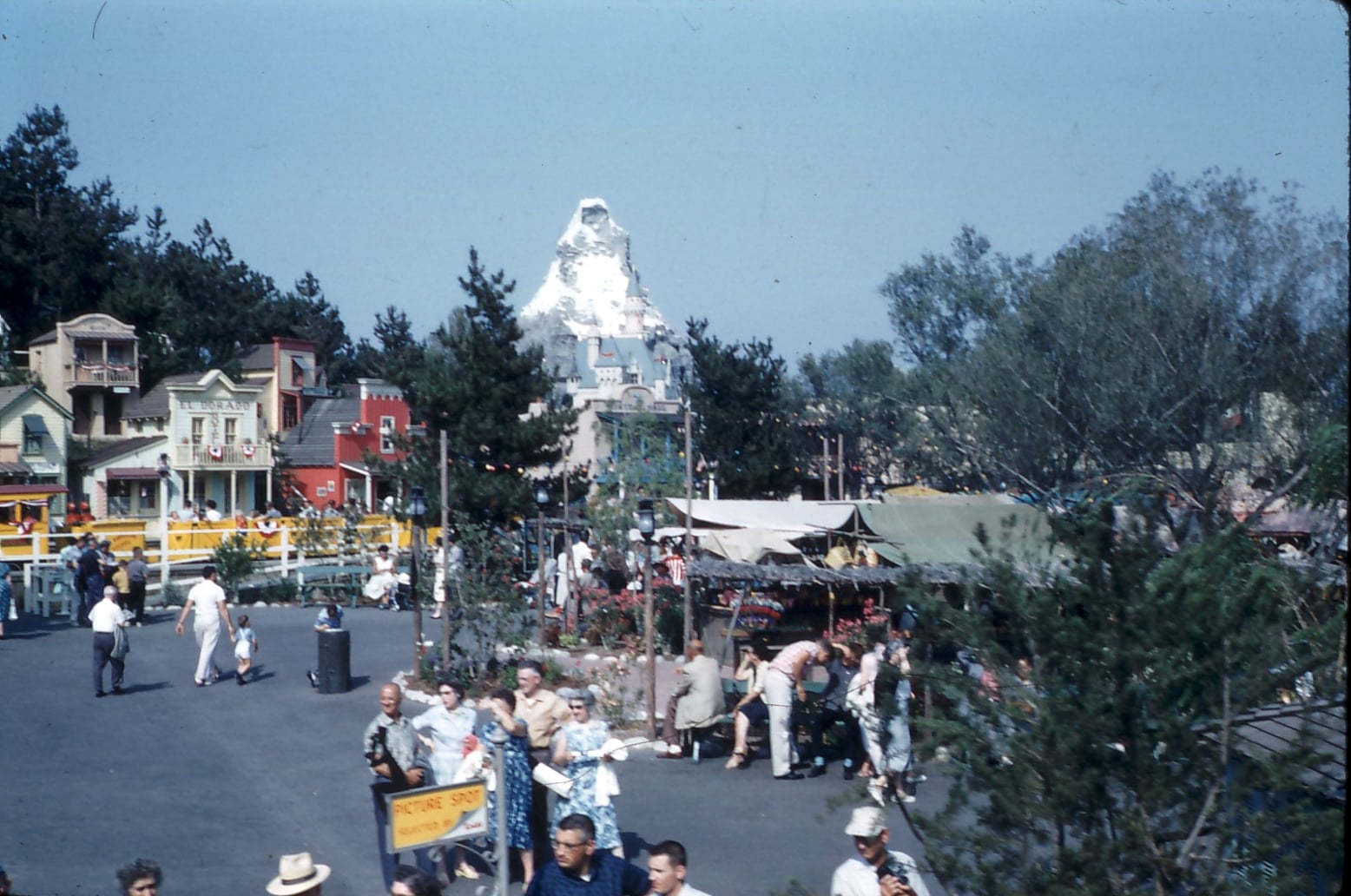 As a sucker for ghost stories, I'm always the first to butt in when I overhear conversations about "the haunted side" of Disney parks. The idea of ghosts at Disneyland seems like the Anaheim park's best ride, The Haunted Mansion, come to life! And luckily for Disney-loving horror enthusiasts, there are several urban legends about hauntings within the park. But one in particular, the story of Dolly's Dip, is rooted in truth and tragedy.

There have been rumors of a haunting at Disneyland's famous Matterhorn Bobsleds ride for decades, but many people don't know the origin of the legend. In 1984, a California woman named Regena "Dolly" Young was killed on the ride after falling from her bobsled car and being struck by an oncoming sled. Following the tragic accident, Dolly's family alleged that the woman's seat belt had not been properly fastened, eventually settling with the park. (Since Dolly's death, the style of seat belts on the Matterhorn ride has been changed, though the park has purported that the change is unrelated to the accident.) Her death was the second and final in the attraction's history, following a teenage boy in the 1960s whose head was struck when he stood up on the moving ride.

So, where did the haunting rumors begin? Well, according to Disney cast members who worked the Matterhorn ride, the site of Dolly Young's death became known as "Dolly's Dip" — and she supposedly still haunts it to this day. In a blog post about Disneyland ghosts, one former cast member describes the sensation of feeling Dolly's presence on the ride after hours, and it's just plain spooky.

Dolly now haunts the Matterhorn. Some people say they have seen Dolly. I worked on that ride for several years, and I never saw her. But I sure did feel her. After the ride closes for the day, two people have to "walk the track", one on each side of the mountain. You have to walk the ride, starting at the bottom and working your way to the top. It is done to look for lost and found items. Every time I was (un)lucky enough to get a track walking shift I had an uneasy feeling, like someone was watching me. I was always convinced that it was Dolly and so I would often say "hi" to her. The feeling was always the worst in the big cavern in the middle of the ride, and at Dolly's Dip (the spot where she died). In fact, the work lights in the tunnel near Dolly's Dip always seemed to be burned out. In six years, I don't think I ever saw those lights working. I hated running the track at the end of my shift and I usually tried to get someone else to do it for me.

Yikes! Are you still keen to ride the bobsleds during your next Disney trip? I have to admit, as a scare-seeker, I'm actually more likely to brave the typically long lines for the ride now that I know it might be host to paranormal activity.

by Sydni Ellis 58 minutes ago