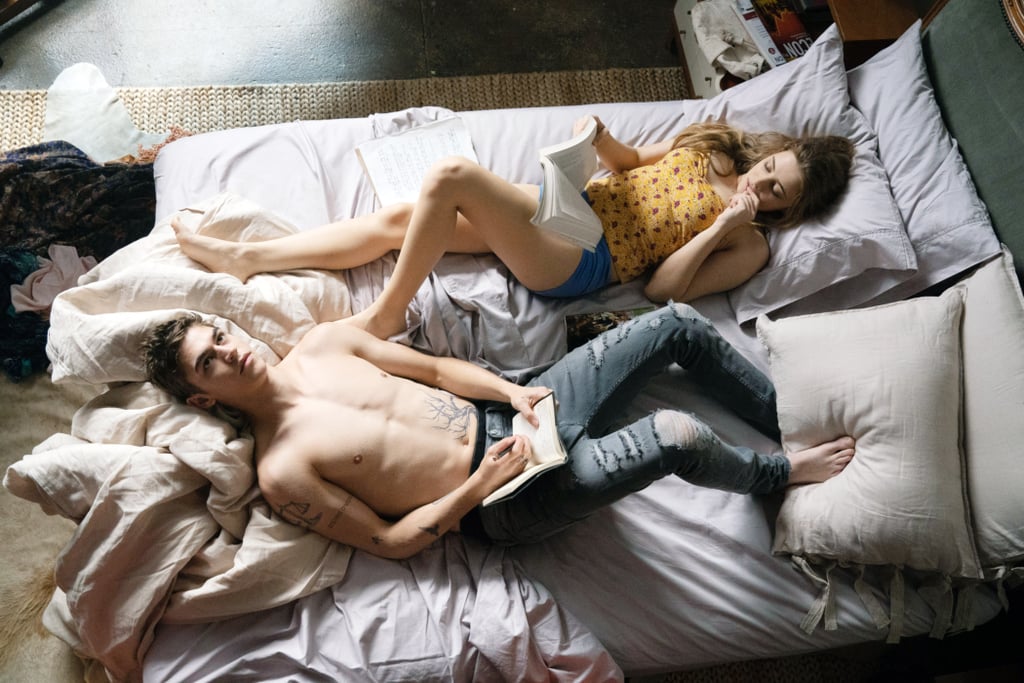 As someone who used to write Jonas Brothers fan fiction, I can admit that my guilty pleasure of the year will be After We Collided. Like The Bachelor or my many (many) Twilight rewatches, After We Collided is exactly what my stressed-out brain lives for while I slowly, but surely, morph into a recluse. But as an avid fan of the book series and the first movie that hit Netflix last year, I was a little disappointed in the Hardin Scott (Hero Fiennes Tiffin) I saw adapted from the page to the screen.

To be fair, the casting is great, but the look was lacking. Where are the tattoos? I wondered. Brief reminder: the After films originated as a popular Wattpad series loosely inspired by One Direction, you know, if Harry Styles ever actually became that frat boy he pretended to be in 2014. In short, I wanted more. After all, Styles has nearly 60 tattoos in real life, so I only hoped Hardin's fictional collection would grow, too. Turns out, it totally did.

To get the scoop on the evolution of Hardin's tattoo collection in After We Collided, I spoke with Katy DiMondi, key makeup artist for the movie. And guess what? There are even juicier behind-the-scenes secrets you probably won't catch on your first watch. Hint: it involves lube. Shocked? I'm not.