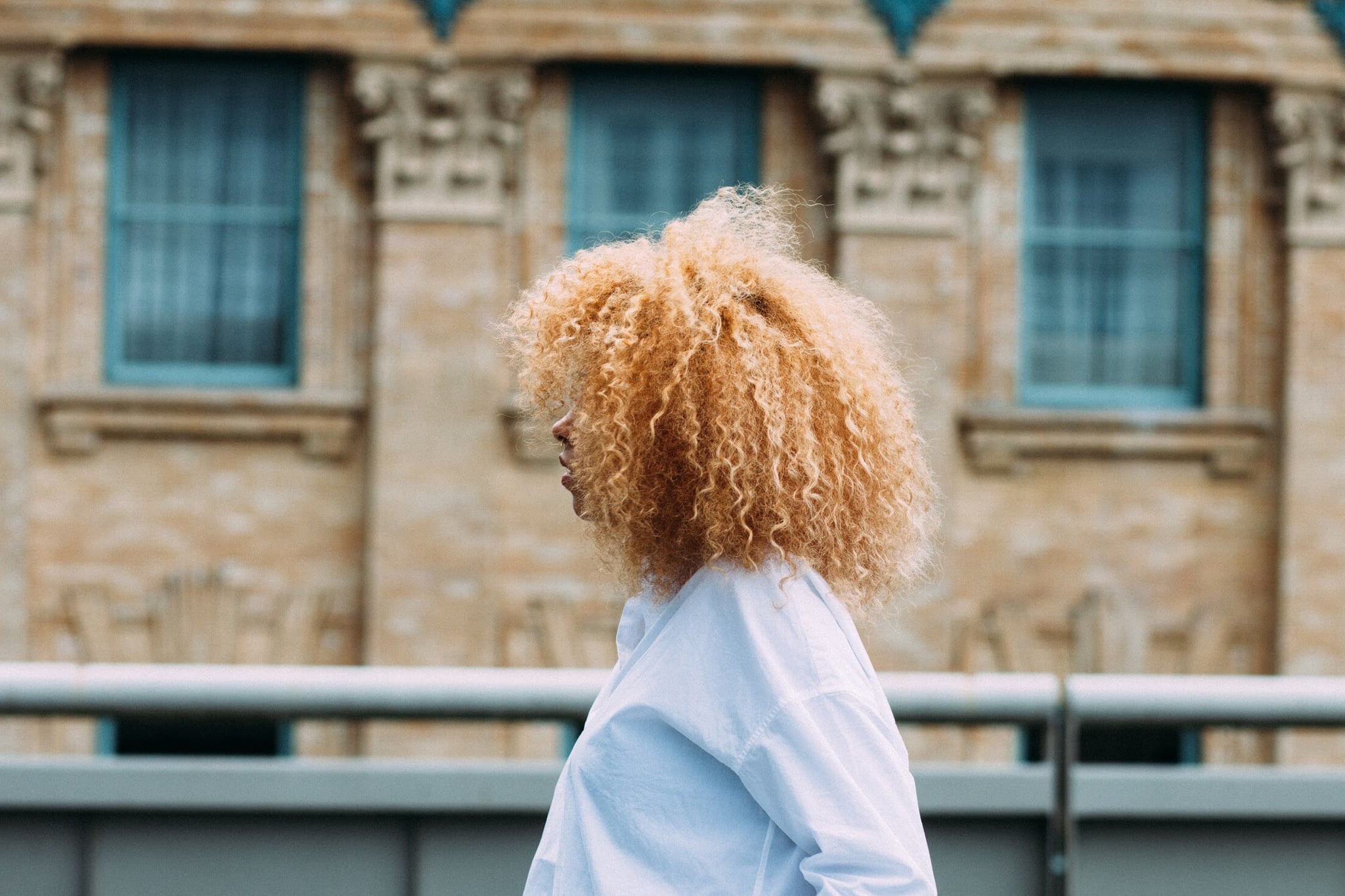 Have you ever looked at your hair — like, really, really taken a good look at it — and noticed that it looks and/or feels a little differently than it did a few years ago? Your curls may not be as springy as they once were, or maybe your curl pattern altogether has loosened up a little. Upon running my hands through my hair a few months ago, I discovered that the curls at the back of my head didn't feel quite as tight or kinky as they used to. If you've shared this experience, don't panic — your mind isn't playing tricks on you.

"Humidity, age, hormones, heat-styling damage, hair-color damage, infrequent haircuts, and conditioning products are just a few of the things that can influence your hair texture."

In a lot of cases, heat damage could be the culprit, though there's a lot more to it than just that. According to Devin Toth, a stylist at Salon SCK in New York City, your hair's texture can actually go through a number of changes in your lifetime due to both internal and environmental factors. "Humidity, age, hormones, heat-styling damage, hair-color damage, infrequent haircuts, and conditioning products are just a few of the things that can influence your hair texture," he told POPSUGAR. Sometimes curly hair can be "weighed down and become straighter" as it grows longer, but in other cases your hair could also be affected by your DNA.

"As you age, DNA that affects your hair follicle can actually flip and send different messages to your hair follicle," Toth said. "One noticeable outcome of this DNA flip is known as male pattern baldness or hair thinning. Sometimes when your hair thins it changes the texture and it looks less frizzy and more smooth."

Speaking of age, your own age and the age of your hair can play a role here as well. "The complete hair cycle lasts about four to seven years, meaning four to seven years after the beginning of your cycle, all of your hair sheds and is replaced by a new mane with its own new properties," Toth said. "Maybe the new head of hair has never been exposed to damaging color or styling tools or maybe it's never been cut regularly so has no frizzy split ends." With that in mind, it might be helpful to consider your haircare practices every once in a while. Not every product or ingredient deserves a place in your routine, as some could be doing more harm than you think.

"If your hair texture or pattern is changing, I strongly urge you to start examining your routine and recent history, because it could very well indicate [chemical] damage," Whitney Eaddy, owner of Texas salon Her Growing Hands, told POPSUGAR. "If you're a natural who likes to try everything [you] read online and in blogs, think about what you may have applied."

While your physical environment isn't something that can be fixed as easily as what you've been applying, it's another thing that should be taken into consideration. "[Think about] the environment you're in, if there is a change in the water. Some places have harsher water because it is contaminated with chlorine, lead, or other harsh chemicals," Eaddy said. "That change would definitely cause the hair pattern to change in an undesirable way. You might notice your hair lacking luster and appearing more dry."

All of that said, the changes you may have noticed probably aren't just in your head, and the solution might lie in being a little more attentive to your hair's needs.