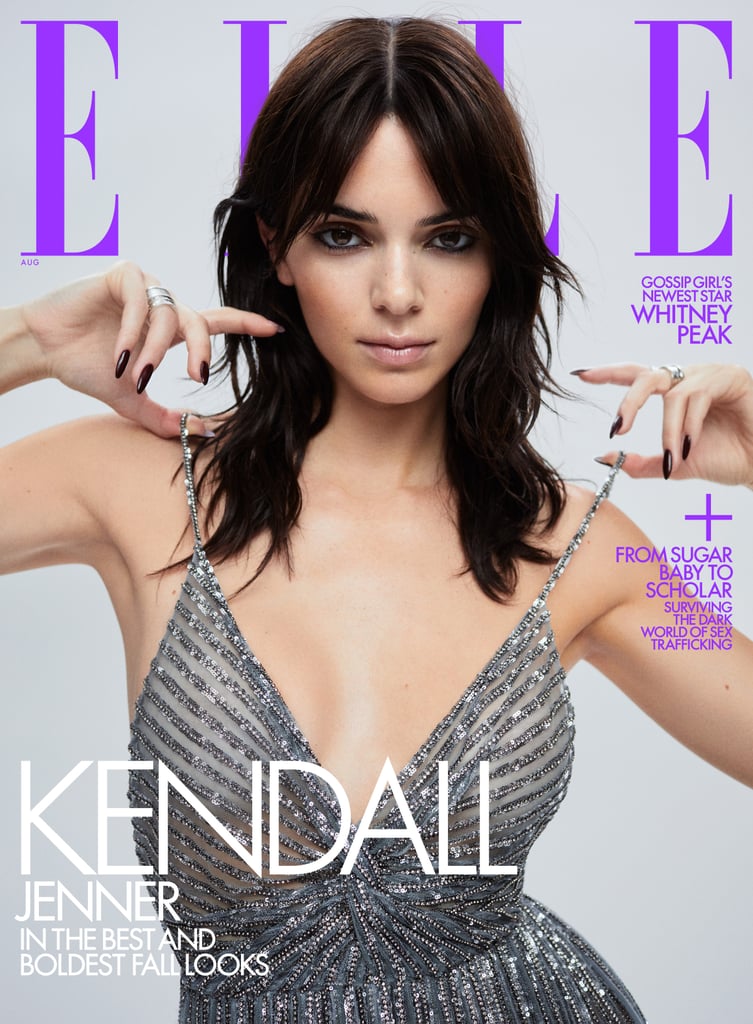 Kendall Jenner debuted a slightly new look during her newest Elle cover reveal. The star graced the August cover of the magazine (along with model Adut Akech) wearing a '70s-style shag haircut with curtain bangs and a middle part that even Gen Z would be proud of. According to a few tags from the photo that she later shared to Instagram, Jenner's hair was cut and styled by celebrity hairstylist Panos Papandrianos.

The shag haircut, as you probably could've guessed, isn't a new style at all. Over the past two years, the choppy, layered look has seen quite the resurgence as some of the biggest celebs out there, from Miley Cyrus and Selena Gomez to Billie Eilish and, now, Jenner, have all debuted their own versions of the cut.

Read ahead to get a closer look at Jenner's new shag haircut.

Beauty Trends
It's Getting Cold Outside, and Your Hair Color Could Use a Smoky-Blond Makeover to Match
by Jessica Harrington 18 hours ago

Beauty News
First Megan Thee Stallion and Now Saweetie? Red Hair Is Definitely Having a Moment This Fall
by Victoria Messina 1 day ago