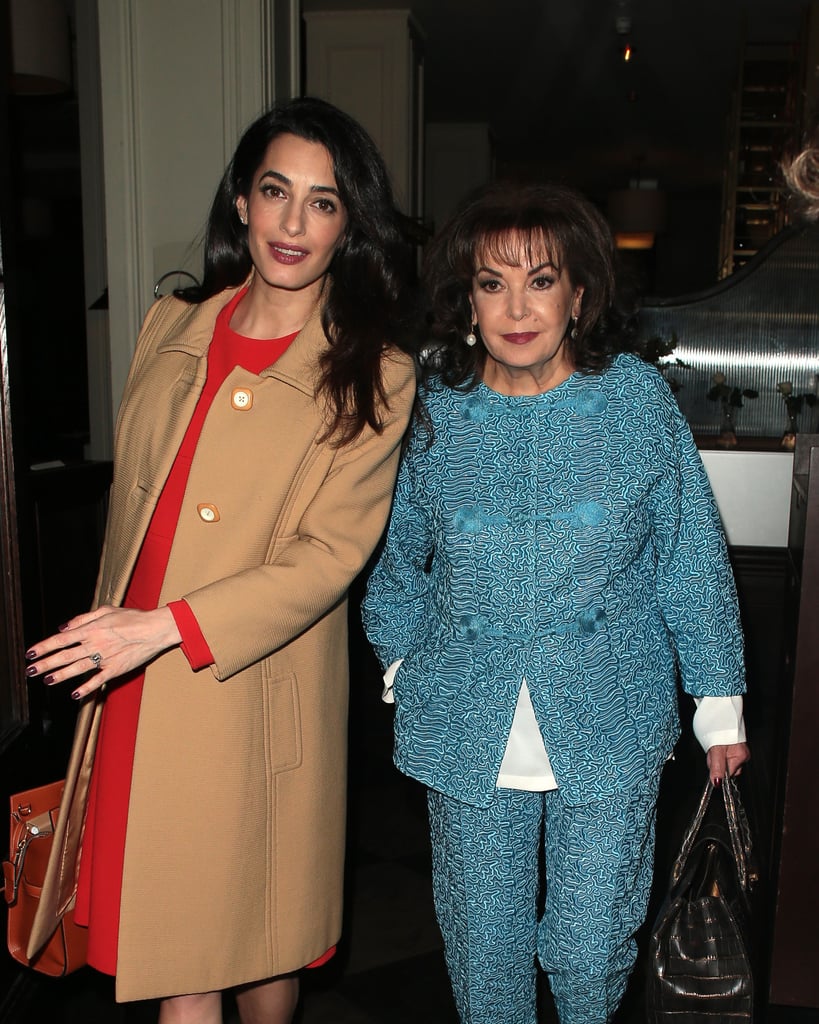 Amal Clooney was all business when she arrived at Chatham House, the Royal Institute of International Affairs, in London on Wednesday. Clad in a red dress and beige coat, the expectant mother and human rights attorney participated in a meeting to discuss international crimes in Iraq and Syria, a topic Amal is very passionate about. After delivering her speech, Amal met up with her mom, Baria Alamuddin, at Villandry restaurant for dinner.

Amal's meeting at Chatham House comes on the heels of husband George Clooney's appearance at CinemaCon in Las Vegas on Tuesday. During the event, George not only discussed his upcoming film, Suburbicon, but he also gave an update on Amal's pregnancy. "She is doing really great. She is amazing. I don't have anything to do. There is nothing I can do to help but make tea and stuff," he said. The only thing George should be worried about? Deciding on names for the twins, since Amal wasn't thrilled with the idea of naming them Casa and Amigos, though we can't say we blame her.

Celebrity News
J Balvin and Valentina Ferrer Are Expecting Their First Child: "The Family Is Growing"
by Monica Sisavat 12 hours ago