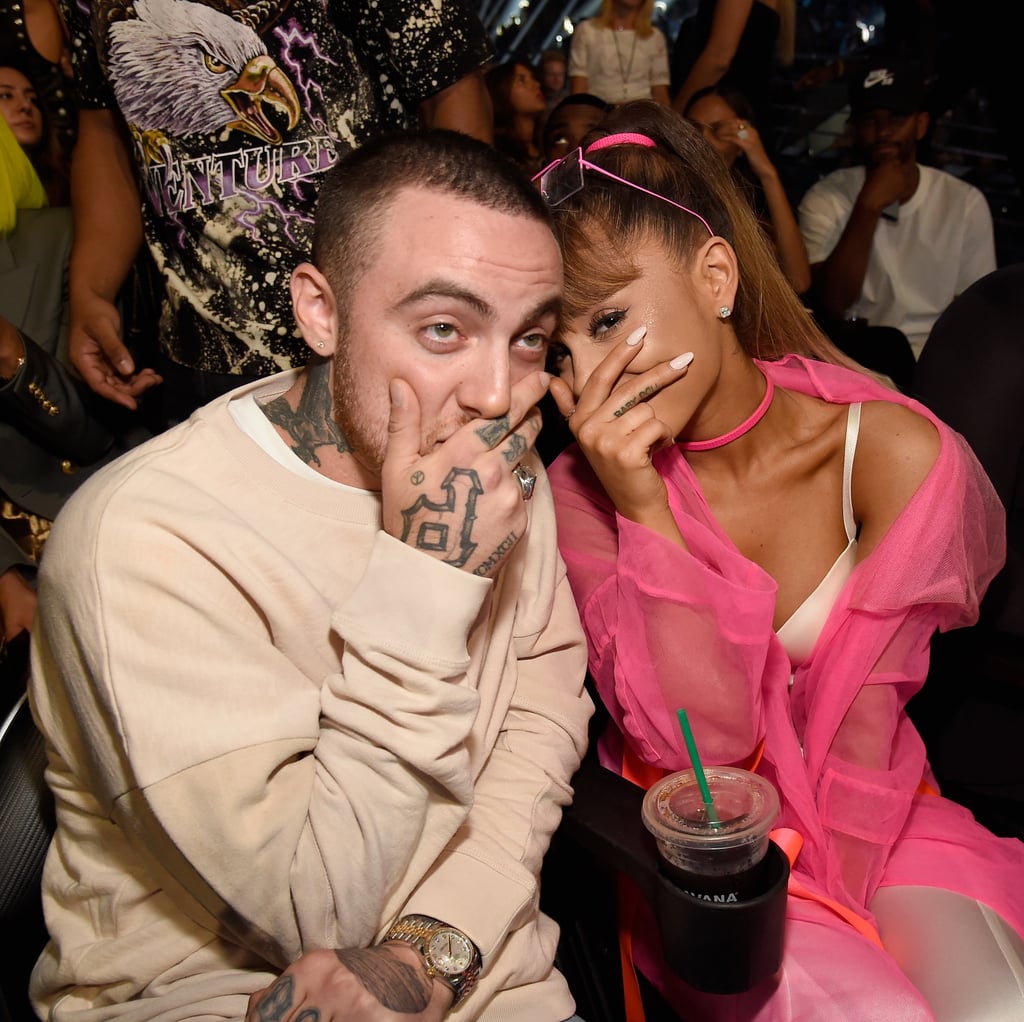 Ariana Grande arrived in style for the MTV VMAs on Sunday, sporting her signature ponytail with a black crop top and trousers on the red carpet, later changing into a hot pink number after hitting the stage with Nicki Minaj for a performance of their new single, "Side to Side." Ariana sat with her new boyfriend, rapper Mac Miller, in the audience, and the two popped up at an afterparty together as well — but one thing about Ariana is throwing us off: why was she hiding her face all night? In the majority of photos of the singer throughout the evening, she's got her fingers in her eyes and her hand over most of her face. Whether she was posing with Mac in her seat or snapping photos with Kim Kardashian and the Olympic gymnastics team, Ariana's hand was firmly placed over her mouth. Did she have bad breath? Was she breaking out? Was she telling secrets? What's the deal?