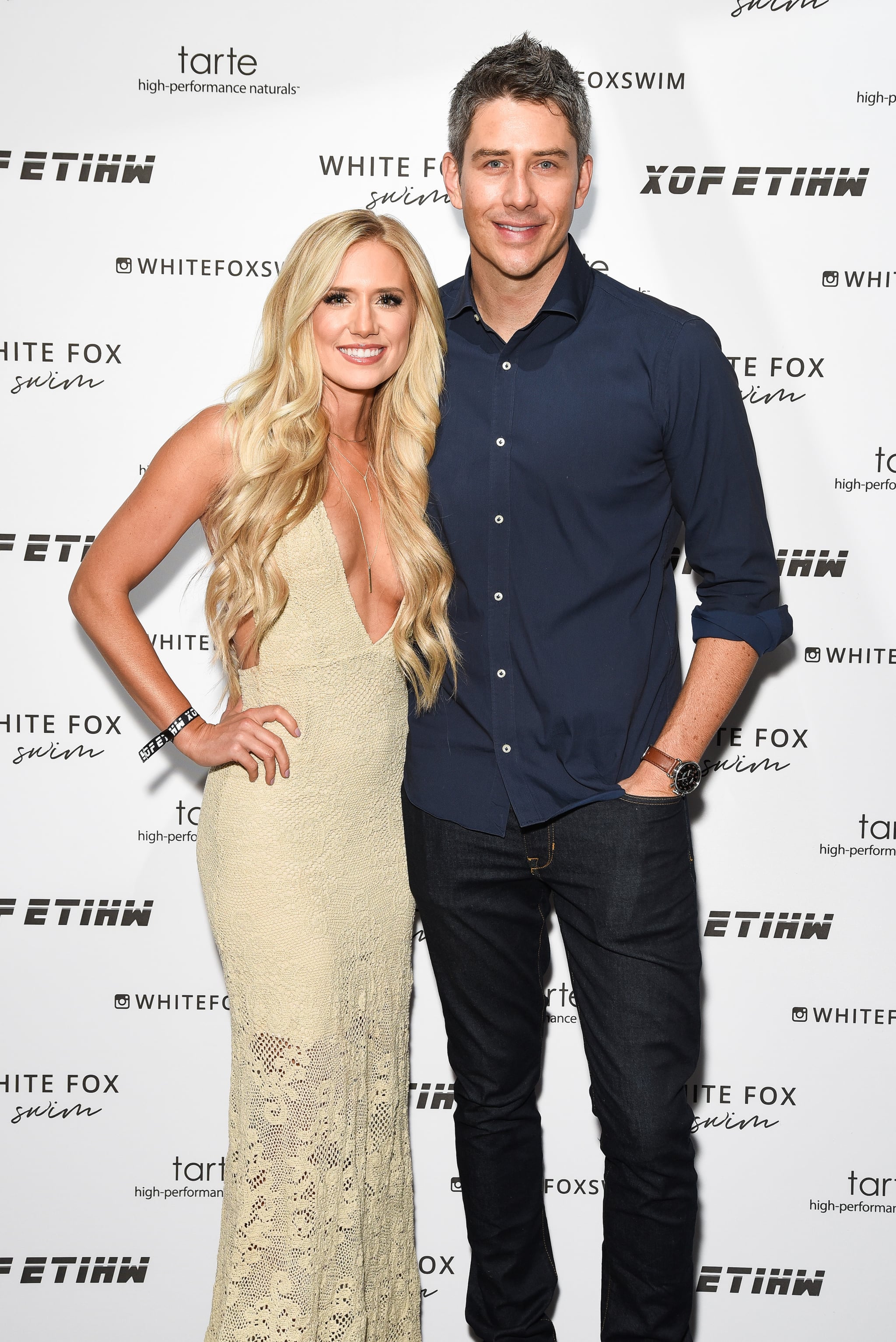 The wedding bells have officially rung for The Bachelor stars Arie Luyendyk Jr. and Lauren Burnham! On Jan. 12, the couple wed in a beautiful ceremony in Maui, surrounded by friends and family, including Bachelor alums Sean Lowe and Catherine Giudici. The ceremony was also officiated by the show's host, Chris Harrison.

Catherine shared a gallery of photos from the event on Instagram, writing, "Congratulations to Lauren and Arie (and Baby Girl Luyendyk) on making it official tonight! So honored to have witnessed it and to have celebrated you." Chris also shared a tribute of his own, saying, "Today I'm honored to stand before your friends and family and officiate your wedding. Love you both @ariejr @laureneburnham."

Us Weekly posted an exclusive picture of the nuptials that shows the 37-year-old race car driver and 27-year-old sales executive sharing a passionate kiss while guests happily look on. Lauren wore a white gown with botanic details, and Arie sported a black suit.

"Ever since we've gotten together, we wanted to fast-forward to this day," Arie told Us Weekly. "It's been a year. That's kind of crazy 'cause I remember a year ago we were doing 'happy couples [weekend on The Bachelor]' and talking about getting married and wanting to do that, even last year, so it's awesome that the day is finally here."

The duo first met while filming season 22 of The Bachelor in 2017. Arie initially chose Becca Kufrin in the finale and proposed to her before dumping her on national TV. He then decided to ask Lauren for her hand in marriage during the After the Final Rose special, which caused quite a stir among fans and members of the cast. Around eight months later, Arie and Lauren announced that they're expecting their first child.

It started off as a whirlwind engagement for the two, but we're looking forward to seeing what the future holds for them!