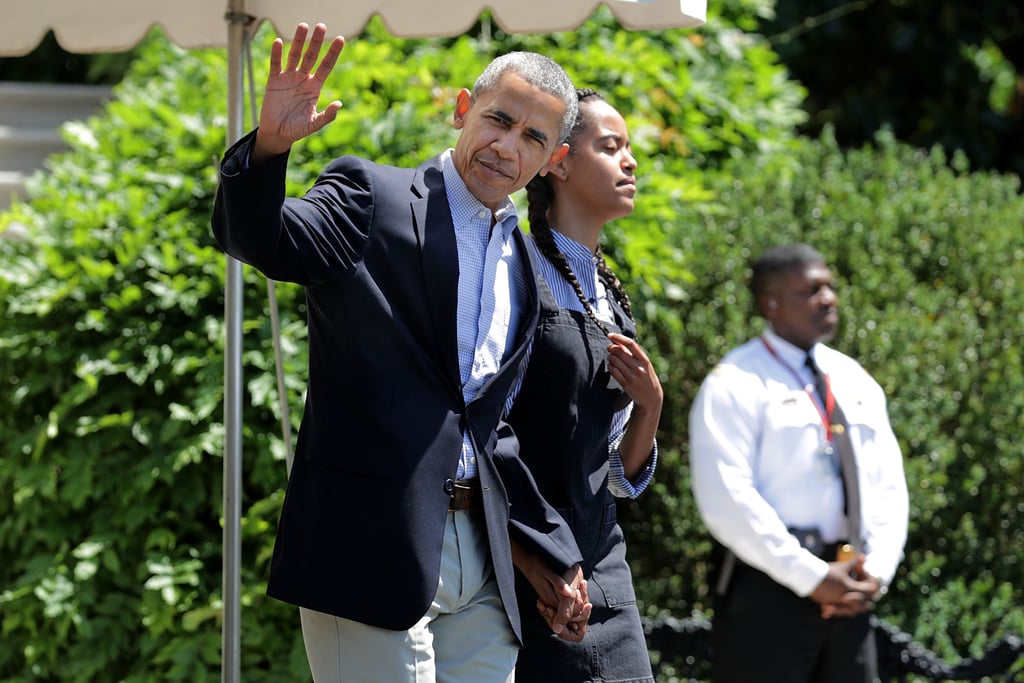 President Barack Obama was photographed sharing a special moment with daughter Malia when he stepped out with his family on Friday. Barack, Michelle, Malia, and Sasha boarded Marine One at the White House before jetting off to New Mexico to celebrate the 100th anniversary of the creation of America's national park system. While Michelle and Sasha stayed close, the President and Malia sweetly held hands before boarding the plane on the South Lawn. After touching down in Roswell, NM, they made their way to Carlsbad, where they toured caves in Caverns National Park.

The heartwarming father-daughter moment comes just in time for Father's Day on Sunday. In addition to Obama's numerous quotes about his daughters over the years (hint: he really doesn't want Malia to go to college next year), we've also seen examples of his special and close relationship with each of them. Keep reading to see more of the family's latest trip, then check out Barack and Michelle's cutest moments!