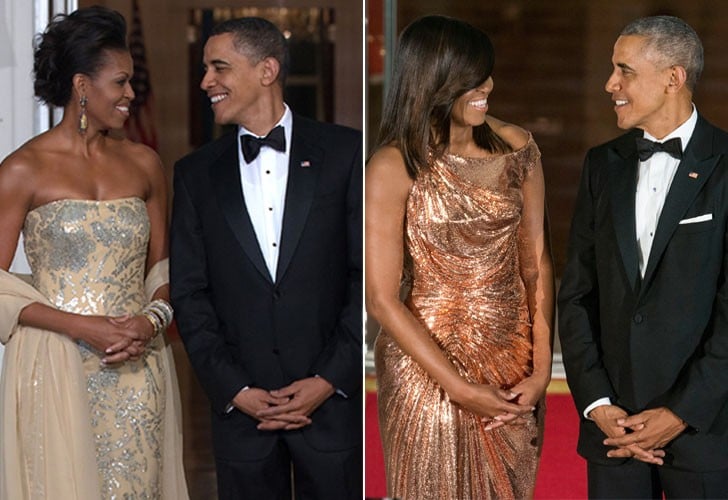 See Barack and Michelle Obama at Their First and Last State Dinners, Side by Side

Barack and Michelle Obama hosted their last state dinner as president and first lady of the United States with the Italian prime minister and his wife on Tuesday night, and it was full of adorable moments between the couple. Although Barack and Michelle regularly make us swoon, we couldn't help but notice that they still look at each other just as lovingly as they did while hosting their first state dinner together back in 2009. Whether they're joking around with the guests of honor or sneaking in a few giggles between photographs, these side-by-side photos of their first and last state dinners prove that POTUS and FLOTUS's relationship has only gotten better with age.

Related:
8 Photos That Show How Much the Obama Family Has Changed in 8 Years
Previous Next Start Slideshow
Michelle ObamaCelebrity CouplesBarack Obama

Celebrity Couples
"Teen Wolf: The Movie" Cast: Who's Single and Who's Taken?
by Michele Mendez 16 hours ago