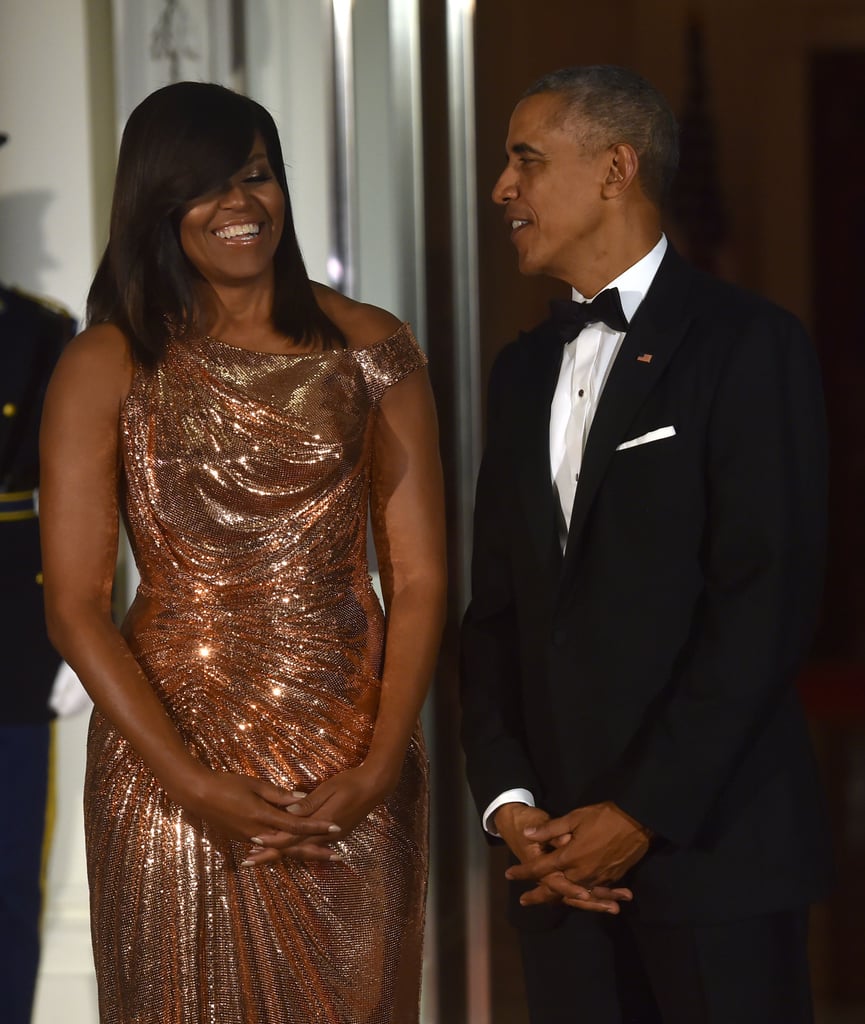 Barack and Michelle Obama hosted their final state dinner at the White House on Tuesday night. Michelle stunned in a rose gold Atelier Versace gown as she and Barack welcomed Italian Prime Minister Matteo Renzi and his wife, Agnese Landini. The soiree included a menu prepared by celebrity chef Mario Batali and a guest list full of stars such as Jerry Seinfeld, Giorgio Armani, and Gwen Stefani.

Earlier in the day, Barack took the stage to speak to a crowd of students at Benjamin Banneker Academic High School in Washington DC and used the opportunity to poke fun at his teenage daughters, Malia and Sasha Obama. "I know you may have been waiting here a while," he said. "Good thing you had your phones with you." He then impersonated the texting girls, saying in a funny voice, "And then he said . . . 'Girl, I couldn't believe it,'" before showing off his master selfie-taking skills. While we'll definitely miss seeing Barack and Michelle, at least we have their cute moments to hold onto.

Related:
8 Photos That Show How Much the Obama Family Has Changed in 8 Years
Previous Next Start Slideshow
Michelle ObamaCelebrity CouplesBarack Obama