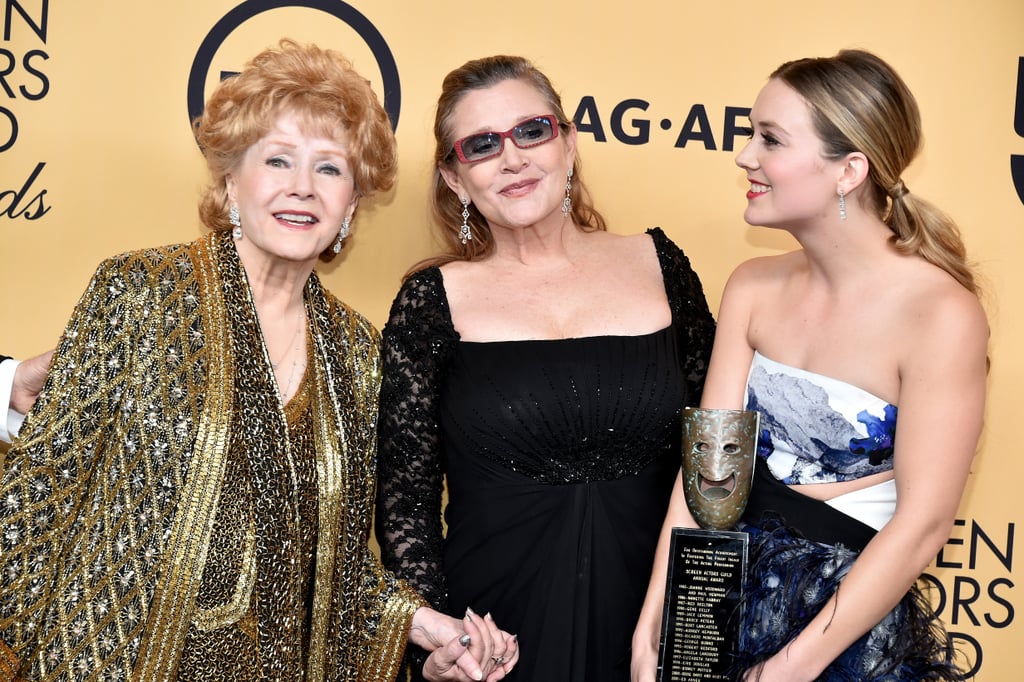 Hollywood mourned the loss of two of its most legendary stars this week when both Carrie Fisher and her mother, Debbie Reynolds, passed away within one day of each other. Although few will ever fill the giant holes they leave behind, it's safe to say that Carrie's incredibly talented daughter, Billie Lourd, will continue on both of their legacies. The 24-year-old actress is already set to return for Star Wars: Episode VIII and made a name for herself on the last two seasons of Scream Queens. Not only did her mother and grandmother pass on their talent to Billie, but it's also clear the three generations of actresses had the same fun-loving personalities. Billie attended the SAG Awards with them and uncle Todd Fisher in 2015, where they giggled their way up and down the red carpet and made us all a little jealous of their unbreakable mother-daughter bonds. Take a look at some of their sweetest moments at the event ahead.

by Pallavi Bhadu 47 minutes ago