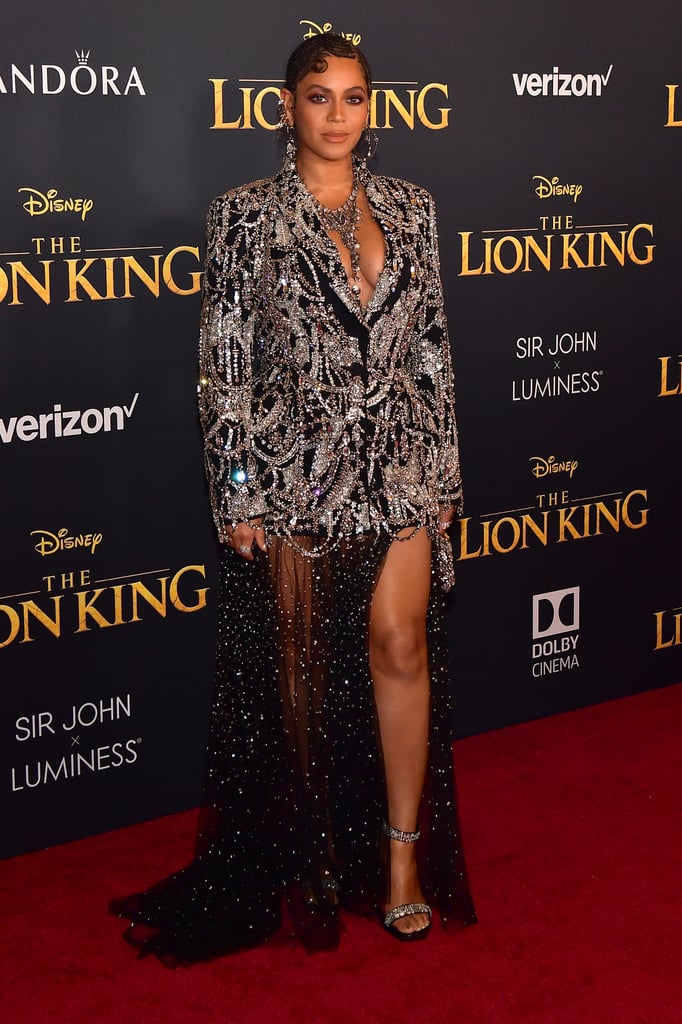 A premiere of The Lion King in LA on Tuesday brought out some of Hollywood's brightest celebrities — including queen of the Pride Lands (and our hearts) Beyoncé. The 37-year-old singer and voice of Nala walked the red carpet in a crystal-covered gown with her 7-year-old daughter Blue, as well as her costars Donald Glover, Chiwetel Ejiofor, Keegan-Michael Key, Alfre Woodard, Seth Rogen, and more to celebrate the release of their "live-action" Disney film. Also on hand for the fun were Beyoncé's former Destiny's Child bandmates Kelly Rowland and Michelle Williams, Zooey Deschanel (whose father, Caleb, is the movie's director of photography), and Beyoncé's protégés Chloe and Halle Bailey; it was recently announced that Halle is set to play Ariel in the upcoming Little Mermaid live-action film.

The premiere wasn't the only exciting Lion King news to drop on Tuesday night. Shortly before the premiere, Disney revealed that a new single from Beyoncé, titled "Spirit," will drop as part of her specially curated album. Um . . . consider us psyched! While we anxiously wait for this new music, keep reading to see photos from the whole cast's night of glitz and glamour, and don't forget to catch The Lion King in theaters on July 19.